Cobra beer’s Lord Bilimoria talks to ME & MY MONEY

Karan Bilimoria had a business selling polo sticks to Harrods before founding the Indian beer brand, Cobra, in 1989.

The 61-year-old entrepreneur, who sits in the House of Lords as a crossbench peer, tells Donna Ferguson he is still paying off his creditors from a bad money mistake he made 14 years ago, when he nearly lost his business.

He lives in Central London and in Cape Town, serves as Chancellor of the University of Birmingham and Vice President of the Confederation of British Industry (CBI). He has four children.

First, that you have to work hard to earn it and second, that you should make the most of whatever you have and appreciate it.

My father was an officer in the Indian Army and was commissioned into the Gurkha regiment.

Even though he became commander-in-chief of the central army in India, with 350,000 troops under his command, he didn’t earn much.

My mother looked after me and my younger brother, and worked hard to do that on a very low income.

We came to England for almost three years when I was 11. By that time my father was a Lieutenant Colonel, but money was still tight.

I knew this because we went to state schools while the children of other officers went to private schools. I don’t think that was due to racism. It was just because of the salary level, in those days, of an Indian army officer. Today, they get paid much better.

Yes, for about four years when I was in my early-20s. I had to raise the money to study in England as an 18-year-old and some had to be paid back when my course was over.

After I graduated, I got a job working and studying to be a chartered accountant. My salary was £4,000 which, even in those days, was very low. It was difficult to make ends meet and pay back my loans.

I lived in an international students’ hostel, sharing a bathroom, and ate cafeteria food. I would work overtime to afford the airfare to go back to India once a year to see my family.

Before I started Cobra, my first business was importing polo sticks from Calcutta in India, where they cost £2, and selling them to Harrods for £15. Harrods would then sell them for £33. I never again made margins like that.

It came about because, when I was in my mid-20s and studying at Cambridge University, I organised and led the university polo team’s first tour to India. When I came back from that tour, I brought a sample of the sticks with me. I got a £3,000 order from somebody I used to play against, and the next thing I knew I was selling to Harrods.

It was 1996, which was a big turning point in the story of Cobra beer. I had started Cobra with a business partner several years earlier, during the recession. After he left, I invested in some marketing, the brand took off and our sales doubled in a year. I still own just under half of Cobra. I’m the chairman and in a joint venture with one of the biggest brewers in the world, Molson Coors.

What is the most expensive thing you buy for fun?

Chelsea Football Club season tickets for me and two of my children. I have been taking all four of them there – two at a time – from the time they were very young. The tickets cost thousands of pounds a year. 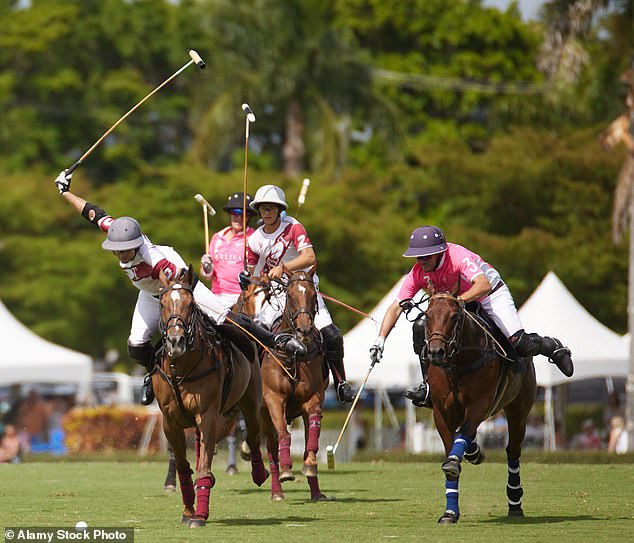 Focusing too much on growing Cobra beer in the early years. We grew at 40 per cent, year-on-year, for 18 years. But I also took on too much debt. I sacrificed making profits for growth. And when the financial crisis came in 2008, I nearly lost my business.

How did you turn your fortunes around?

I had to rescue the business by forming this joint venture with Molson Coors. All these years later, I’m still settling my creditors. But I did things the right way. I looked after my employees and my shareholders, who are still with me. I hope it won’t take much longer to settle my creditors.

Starting Cobra beer. I can’t say how much my shares are worth, because it’s not listed, but they are my most valuable asset. I have built the brand into a household name and the most famous Indian brand in the UK. I’m very proud of it.

Do you save into a pension and invest in the stock market?

My investments have always been in my own business and my pension is mainly my shares.

Besides, I plan to never retire if my health permits.

As well as my chairmanship of Cobra beer, I’m an independent crossbench peer in the House of Lords and the Chancellor of the University of Birmingham.

I enjoy all of my jobs and feel privileged to do them. At 61, I feel I’ve just become middle-aged.

Yes, I have a family home in Central London, which I bought in 2005, and another in Cape Town, because my wife is South African. Both have been good investments.

I was taught how to box at the age of eight by Gurkhas. Now, I box with a personal trainer in the gym at least once or twice a week, which typically costs £50 or £60 a session.

I would announce I would keep corporation tax at 19 per cent to encourage investment. I would also invest more in schools and reform the apprenticeship levy. I think we underinvest in education.

I’ve donated millions of pounds worth of Cobra beer to almost every major charity for their fundraising events, auctions and prizes. And, in 2005, I formed a charity, the Cobra Foundation, to provide health, education and community support for young people in South Asia.

To continue to build the value of the Cobra brand. Everything hinges on how well Cobra beer does.

That is my life’s work. The better Cobra does, the more secure my family and my legacy is.