Coca-Cola to close UK plant with loss of 300 jobs

Coca-Cola has announced it will close two of its UK sites with the loss of almost 300 jobs.

The proposal would affect a manufacturing site in Milton Keynes and a distribution centre in Northampton.

In a statement issued to MailOnline today, the company said: ‘We know today’s news will be upsetting for our people at these sites, and our immediate priority is to support them throughout the consultation process.

Pictured: Coca-Cola’s operation centre in Milton Keynes (above) is set to close by next year, resulting in the loss of 160 jobs 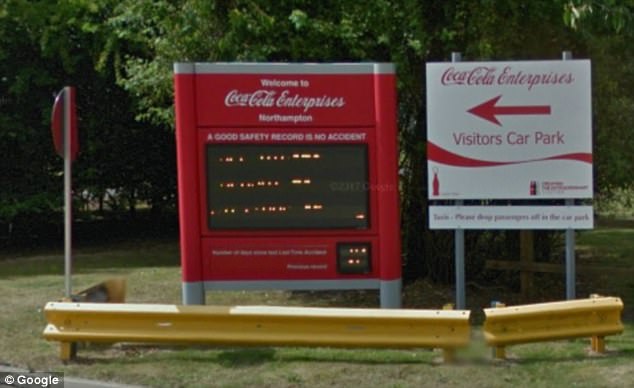 ‘We are proud of our long-standing links with both towns and have not made these proposals lightly.

It continued: ‘However, we believe the proposed changes are necessary as they would provide significant productivity improvements and create greater efficiency across our manufacturing and distribution operations in Great Britain.

‘If these proposed changes are implemented they could result in the total loss of 288 roles, and the sites would close in 2019.

‘At the same time we are proposing to transfer production and warehousing to other GB sites. We expect to create 121 additional roles across our manufacturing and distribution networks, providing potential redeployment opportunities for impacted colleagues.’

The global drinks giant employs around 160 people at its Milton Keynes centre and spent £5million refurbishing the site in 2015.