Rumors of a forthcoming budget-focused Pixel phone just got a lot more credible.

In updated code discovered inside the Google’ Camera app, the company makes reference to a ‘pixel_20_mid_range’ according to XDA Developers.

As noted by Tech Radar, the ’20’ in the snippet may refer to the phone being released in 2020 and ‘mid-range’ connotes a smaller price tag compared to the company’s current flagship, the Pixel 4.

XDA also found references to ‘Sunfish’ and ‘Bramble’ which it says could be aquatic-themed code names for upcoming devices – potentially the Pixel 4a and a larger version.

Google is known to use code names relating to fish for its upcoming devices.

Google’s rumored new Pixel phone may the first of such devices to come equipped with a ‘hole-punch’ selfie camera. Renders made by OnLeaks and 91Mobiles pictured above show the single-sensor camera positioned in the top-left corner

Previous reports show that Google’s new budget-friendly version of the Pixel 4 may come with some unprecedented features for a Google-made device.

Unofficial renders created by 91Mobiles using information from frequent leaker, OnLeaks suggest a new, cheaper Pixel 4 – the Pixel 4A – will be the first Google phone with a hole-punch style selfie camera.

Images show the small circular sensor positioned at the top left corner of the device’s display which has a very thin bezel around the outer edge.

Leaks suggest the back of the device will be fixed with a camera module – a rectangular hump – that looks similar to the current Pixel 4.

It’s likely that the module will have a pared down number or sensors compared to the Pixel 4 due to the phone’s expected price range.

The device may only have one rear-facing camera senors as opposed to the current version’s two.

Leaks suggest the device will take inspiration from previously released budget phones from Google, namely the 3A, and include a 3.5mm headphone jack, external speakers on the bottom of the phone, and a rear-mounted fingerprint sensor that can be used for unlocking.

The device will also allegedly come in two display sizes – a 5.7-inch screen and a slightly larger 5.8-inch. 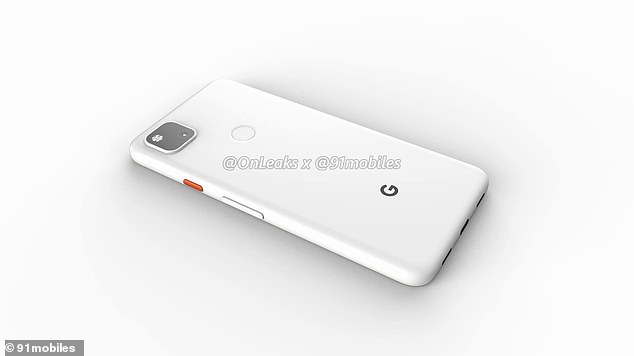 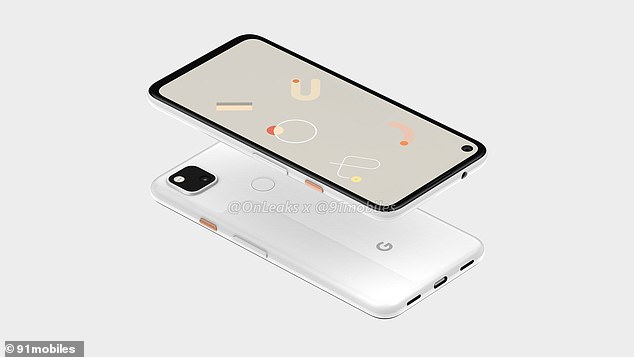 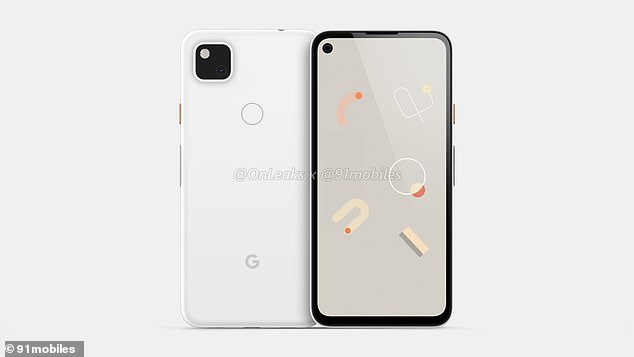 One major missing detail centers on whether the new device will use the Pixel 4’s advanced ‘Project Soli’ chip which allows for some of the Pixel’s most pivotal features like hand-gestured controls.

The 4A appears to have a much smaller bezel compared to the Pixel 4, meaning its possible that Google was required to remove Soli in order to achieve the design.

While Google has yet to officially announce the new Pixel, leaks suggests the device could be released as soon as January or at the very least, some time during the first half of January.