From flat whites to macchiatos, millennials have ditched the humble filter coffee in favour of something a little more exotic.

But a Cumbrian cafe has put so-called aficionados back in their place with its no-nonsense guide to coffee.

The Fairydust Emporium in Silloth has been praised by customers from across the UK for its sandwich board translating orders into simple terms everyone can understand.

An Americano became a ‘black coffee’, a flat white a ‘white coffee’ and mocha a ‘chocy coffee’.

The Fairydust Emporium in Silloth, Cumbria, have created a ‘no-nonsense’ coffee guide that translates the confusing names of different coffees loved by millennials. Among the translations was Americano (black coffee), flat white (white coffee) and mocha (choccy coffee)

A photo of the menu has been shared thousands of times across Twitter, with one person admitting they finally understand what they’ve been ordering.

The menu was put on a pink sandwich board outside the shop and lists the names of coffee that have been given a millennial re-branding.

The new names were crossed out and given back the old names, such as cappuccino, which they said was a ‘frothy coffee’, and ‘milky coffee’ instead of a latte. 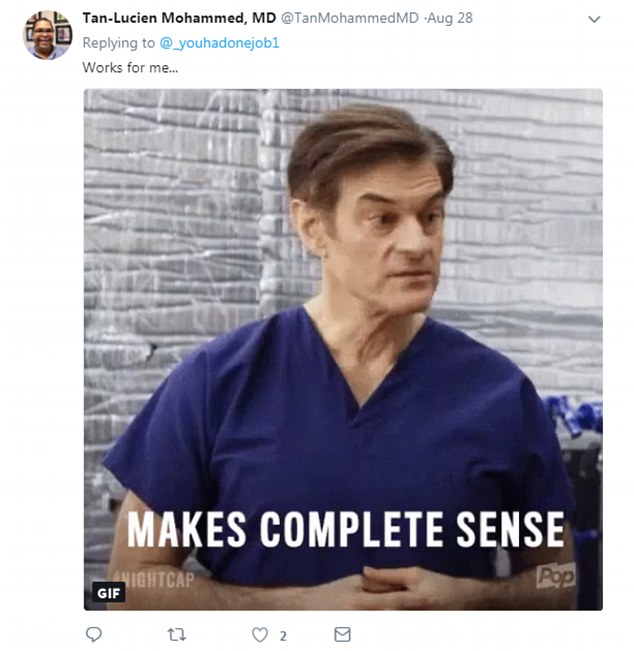 A photo of the menu has been shared thousands of times across Twitter, with one saying it helped take the ‘pretentiousness’ out of many of the most popular orders

Also on the list was few light-hearted suggestions, such as tea, which they called ‘not coffee’ and hot chocolate, dubbed ‘also not coffee’.

The photo was shared by meme account You had One Job, which captioned the post: ‘Coffee simplified.’

Many Twitter users said they had been waiting for a guide like it to make coffee a little bit easier to understand.

One tweeted: ‘Thanks .now I no what to order now .been wondering what I drink every day [sic].’

‘Finally! A coffee menu that I can understand!!!’ another posted.

A third said: ‘Taking the pretentiousness out of coffee. It’s only boiled water with beans after all.’

‘I’ve been waiting for this sign all my life!!!’ another wrote.