Coinbase one step closer to going public on US stock exchange

Cryptocurrency platform Coinbase reveals it pulled in revenues of $1.3bn in 2020 as it lines up stock market float

By Jane Denton For Thisismoney and Reuters

Coinbase is gearing up to make a US stock market debut amid surging sales and profits.

The cryptocurrency exchange has made a regulatory filing to go public via the Nasdaq stock exchange, bringing it one step closer in its mission to bring about mainstream endorsement of crypto.

Back in December, Coinbase said it had confidentially applied to the US Securities and Exchange Commission to go public. Plans and talks about going public started in July last year, according to Reuters.

Debut? Coinbase Global is gearing up to make a possible US stock market debut amid surging sales and profits

The landmark decision from the SEC could be a major boon or blow to the legitimacy of cryptocurrencies, and determine which ones are allowed to trade on the platform.

In its latest filing, Coinbase cautioned that it was yet to receive the relevant approvals from regulators that would allow it to trade certain securities.

It said: ‘Although we have applied to operate an alternative trading system in the United States that would allow us to trade crypto assets that are deemed ‘securities’ under U.S. federal securities laws, we have not yet received regulatory approval to, and do not currently, operate an ATS for trading of crypto assets deemed to be securities.’

The listing would come after the price of bitcoin, the world’s biggest cryptocurrency, ended 2020 up more than 300 per cent and earlier this month hit a record high of $58,354 with a market capitalization above $1trillion. 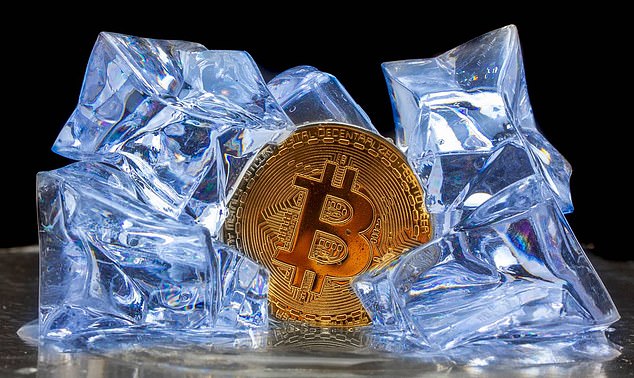 Bitcoin mania: The price of Bitcoin rocketed in the last few weeks but has now eased up

Bitcoin has come off its recent highs this week as investors grew nervous at sky-high valuations.

Coinbase is eschewing a traditional initial public offering where a company raises money by selling new shares, opting instead to go public through a direct listing where no new stock is sold and existing shareholders can sell stock.

Founded in 2012, San Francisco-based Coinbase is among the most well-known cryptocurrency platforms globally and has more than 43million users in over 100 countries.

The New York Stock Exchange, BBVA and former Citigroup Inc chief executive Vikram Pandit are among those that have invested in Coinbase, which was valued at more than $8billion in its latest private fundraising round in 2018.