Coca-Cola No Sugar has reportedly failed to get off the ground in Australia as consumers shun the label for the very product it was supposed to replace.

As Coke Zero is taken out of circulation in other countries, endless slabs of the product can be seen on Australian supermarket shelves due to ‘customer demand’.

The nation’s insatiable thirst for the product is frustrating Coke executives in the United States who planned for No Sugar to replace Zero worldwide, news.com.au reported. 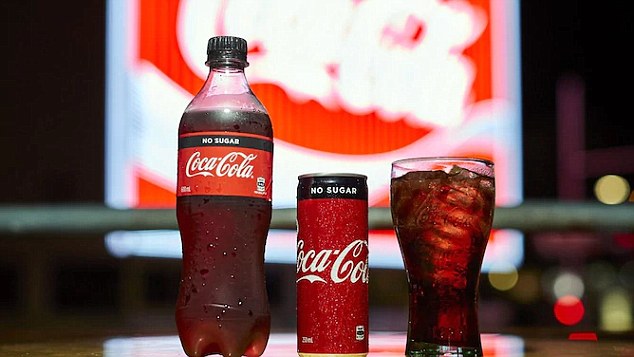 They have ordered Coca-Cola Amatil (CCA) – who produces Coke products in Australia – to end the nation’s unique love affair with Zero, but it faces an uphill battle from stubborn loyalists.

CCA chief executive Alison Watkins said the company is still trying to make consumers ‘understand No Sugar properly’ so it can withdraw Zero from the market.

‘Zero has been a very strong brand [in Australia], stronger than in just about any market elsewhere, so we’re handling that transition thoughtfully,’ she said.

A picture taken in the aisles of Australian supermarket Woolworths appears to reflect the distribution of Coke demand across its six labels.

The picture shows Zero stocked in abundance alongside the original label and its first diet off-shoot, Diet Coke.

No Sugar cannot be seen in the photo, but the publication reported there appeared to be less than four times the amount of the product compared to Zero.

Only small amounts of No Sugar were seen stocked in the soft drink aisles of Coles and Aldi as well. 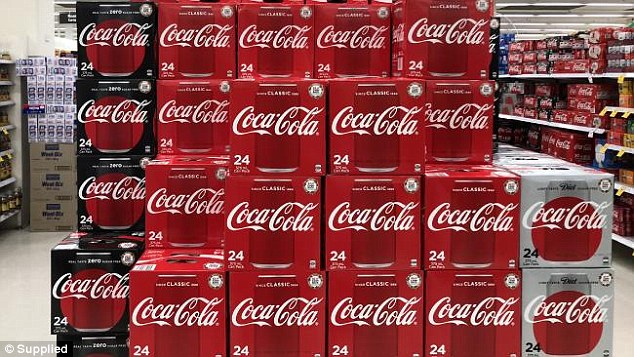 Pictures taken in Australian supermarkets shows Zero stocked in abundance alongside the original label and its first diet off-shoot, while No Sugar is nowhere to be seen

No Sugar – which claims to almost have the same taste as the original – had a troubled Australian launch in June 2017, when Woolworths refused to stock it because of its already bulging soft drink range.

The supermarket didn’t backflip on stocking it until December.

Branding expert at the University of Adelaide Dr Dean Wilkie said Coke has a history of failed launches following the lackluster entry of Coke Life, now called Coke with Stevia.

‘I would have thought Coke would have learned that people are passionate about the products they use,’ he told news.com.au.

But Ms Watkins still labelled No Sugar as a ‘success’ and a ‘significant step forward’.

‘Customers are really enjoying [No Sugar] and through the course of 2018 we will build on that success and migrate even more strongly from Coke Zero to Coke No Sugar,’ she said.