A cold-blooded triple killer obsessed with guns whose victims included two policemen could learn as early as Friday if he will be let out of prison.

Berwyn Rees has spent 38 years behind bars and the New South Wales State Parole Authority has already formed an intention to grant his release.

The families of Rees’s victims are united in opposition to him ever leaving prison and the NSW Commissioner of Corrective Services also opposes his parole.

‘I can’t believe they’re even considering letting him out,’ Tracy James, whose father Raymond was murdered by Rees, told Daily Mail Australia.

Rees has been called ‘one of the most cold-blooded killers ever to enter a NSW prison’ and his shooting spree shocked the nation four decades ago.

The judge who sentenced Rees to three life terms for the ‘mindless slaughter of three young men’ described his crimes as ‘wanton and merciless killings’.

Gun-mad triple murderer Berwyn Rees, now 69, has been called ‘one of the most cold-blooded killers ever to enter a New South Wales prison’ and his senseless crimes shocked the nation 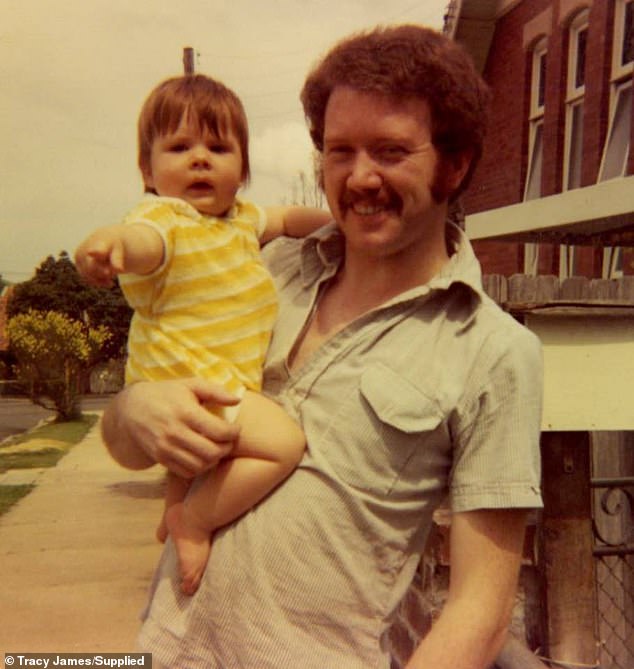 Raymond James, pictured with his toddler daughter Tracy, was just 26 when he was shot in the back of the head by triple murderer Berwyn Rees in 1977. The killer is now seeking parole 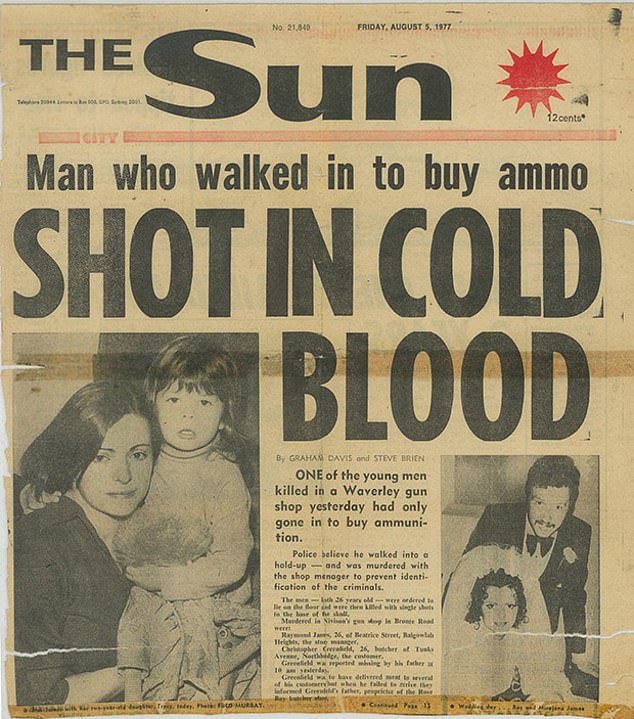 In 1977 Berwyn Rees shot dead Raymond James and Christopher Greenfield at Bondi Junction in Sydney. Mr James’s wife Mirjana and their daughter Tracy are pictured left. Mr James and Mirjana are pictured right on their wedding day. Tracy is now 44 and wants Rees to die in jail

As well as the three life sentences, Rees was sentenced to a further 10 years in prison for the malicious wounding of another policeman while trying to evade arrest.

On Friday the 69-year-old will appear before the State Parole Authority to learn if he will be allowed back into the community.

Rees’s murders were passionless and marked by the fat loner’s obsession with guns.

On August 4, 1977 he walked into a gun shop at Bondi Junction in Sydney’s eastern suburbs and shot dead store manager Raymond James and customer Christopher Greenfield.

The men had been ordered to lie on the floor then were executed with shots to the back of the head at point blank range. They were both 26.

Pictures of Raymond’s two-year-old daughter Tracy with her grieving mother Mirjana were splashed across the front pages of newspapers after the murders.

Rees, who had stolen 18 firearms as well as ammunition from the gun shop, went into hiding for the next three years, eventually living in a caravan park at Raymond Terrace, near Newcastle. 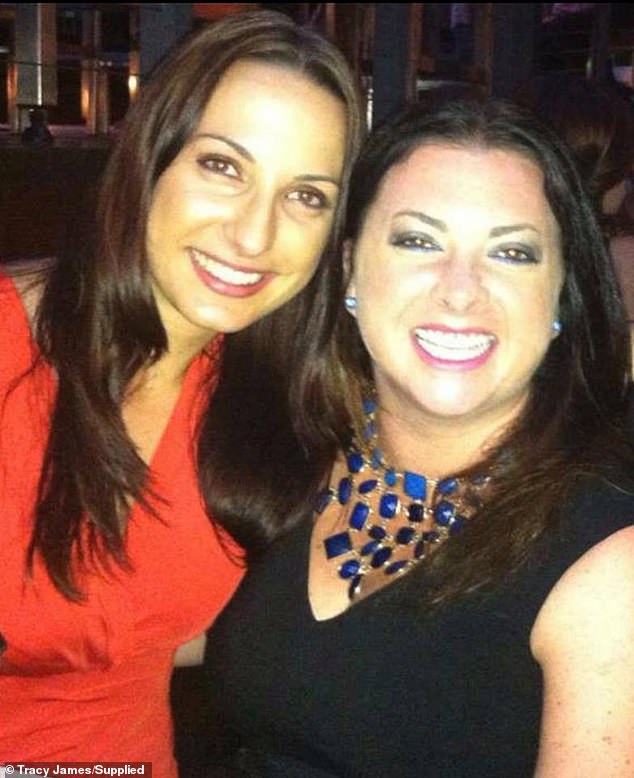 Tracy James (right), whose father Raymond was shot dead by Berwyn Rees inside a gun shop in Sydney’s eastern suburbs, does not want the triple killer to ever leave jail. Rees has been behind bars since his arrest in November 1980. Tracy is pictured with her half-sister Stephanie 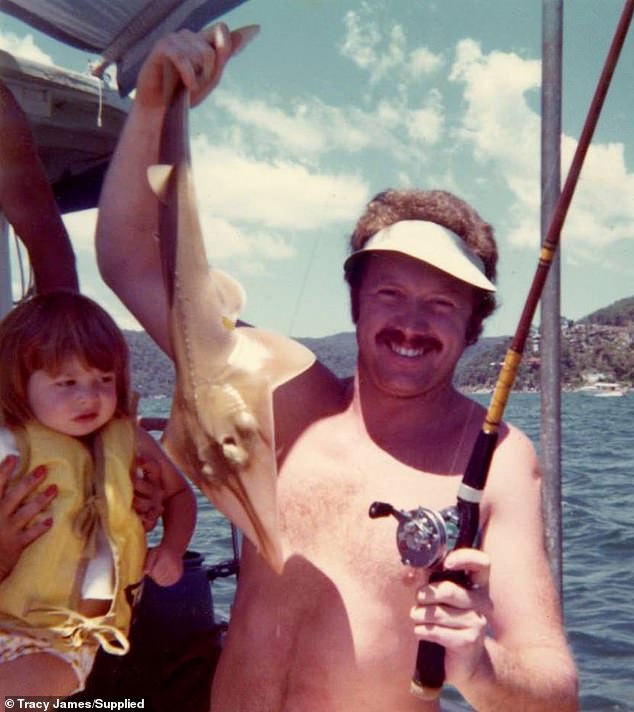 Tracy James pictured with her slain father Raymond. ‘I had to grow up a bit quicker compared to other kids,’ she told Daily Mail Australia. ‘It was hard but I guess it was all I knew’ 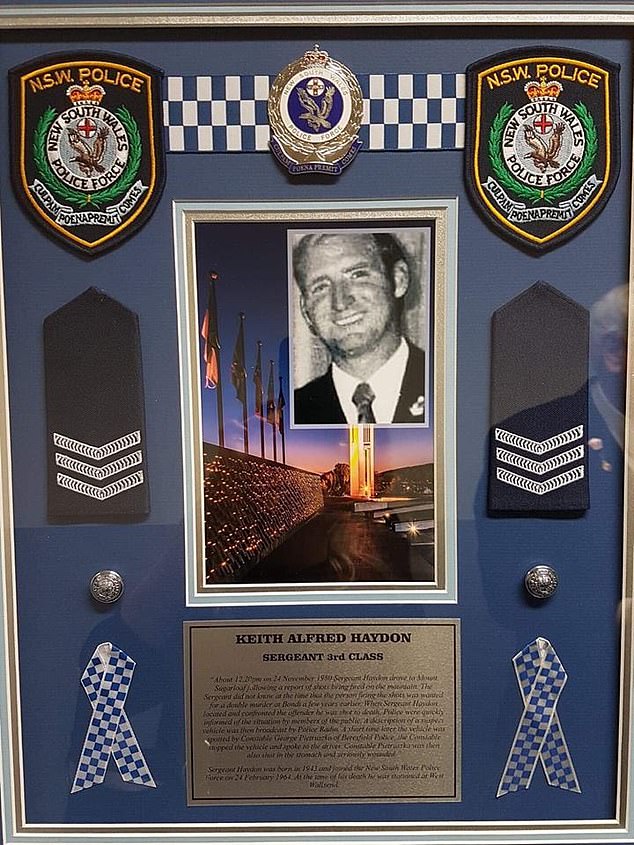 Sergeant Keith Haydon, 37, had been a police officer for 16 years when he was murdered by Berwyn Rees near Newcastle in 1980. He was shot three times in the body and once in the head

On November 24, 1980 police responded to reports by forestry and Telecom workers of a firearm being discharged in bushland at Mount Sugarloaf, near Lake Macquarie.

Rees, then 31, had gone to the secluded spot with six handguns and a quantity of ammunition to shoot at cans, as he had done about once a month for three years.

When confronted by Sergeant Keith Haydon, Rees shot him three times in the body with .38 Smith & Wesson revolver he had stolen from the Bondi Junction store.

Rees had then attempted to move Sergeant Haydon’s police vehicle but the heroic officer had removed the keys from the ignition. Rees shot the 37-year-old in the back of the head.

After executing Sergeant Haydon, Rees was confronted by Constable Alexander Pietruszka and other police who pulled him over at Beresfield, about 20km away.

Mr Pietruszka told A Current Affair last year that Rees fired at him ‘without warning’.

‘The first bullet went through my hair,’ the now retired officer said. 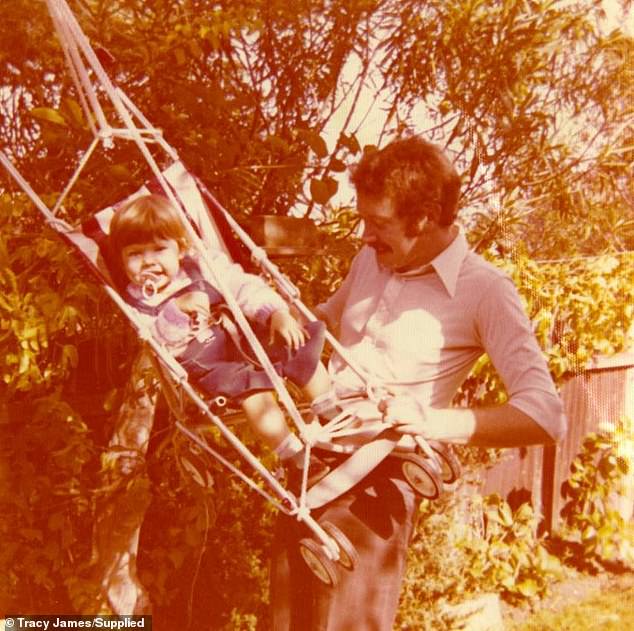 ‘They were cold blooded executions,’ Tracy James said. ‘They were shot in the back of the head at point blank range. It was all premeditated, it was all planned.’ She is pictured with her father

‘The second bullet flicked my ear and because I was turning sideways the third bullet… luckily hit the rib and bounced out rather than in.’

The young officer had been able to fire two shots back at Rees, who had never shown the slightest emotion while trying to kill him.

‘This bloke was nothing,’ Mr Pietruszka said. ‘I can’t explain to somebody how cold he was, how expressionless, just – just evil.’

Rees was arrested that day and has been in custody ever since.

He pleaded guilty to the three murders and malicious wounding before Justice Colin Begg who sentenced Rees to life in prison in April 1981.

Justice Begg told Rees he seemed to have had ‘an obsession with firearms since you were small child’ and said ‘you have lived a somewhat lonely and solitary life.’ 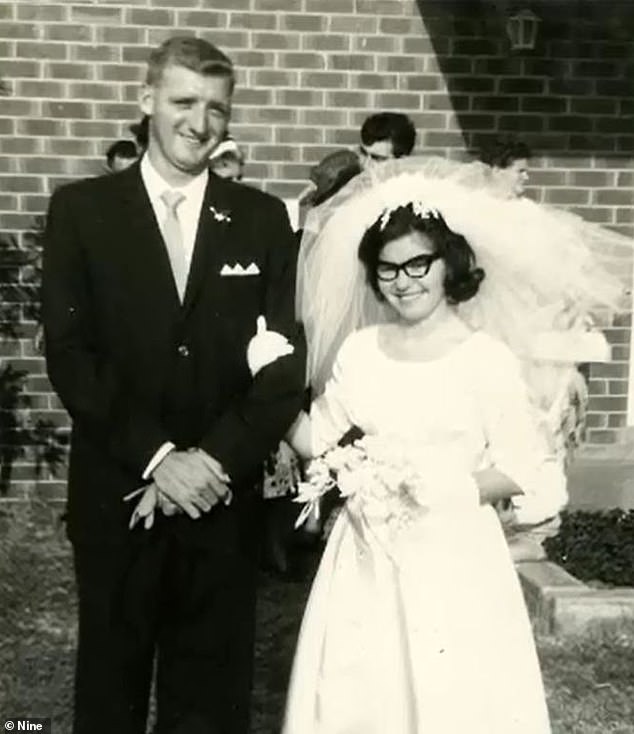 Sergeant Keith Haydon, pictured on the day of his wedding to wife Anne, attempted to stop Berwyn Rees fleeing the scene of his murder by removing the key from his car’s ignition

‘This man didn’t kill these three people,’ he said. ‘He executed them. 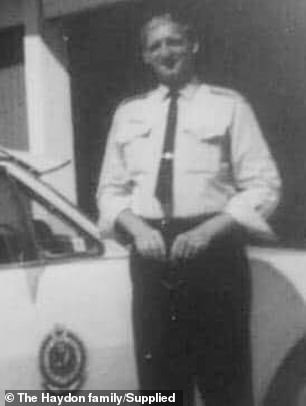 Sergeant Keith Haydon, who was killed by Berwyn Rees, in uniform beside his police car

‘I believe that somewhere deep inside him, there is still evil lurking.’

‘If he gets out, if he gets in a corner, he’ll kill again,’ she told the program.

Ms James received a letter from the State Parole Authority in September to state it intended recommending her father’s killer’s release.

‘I’m just in shock that they’re planning to grant him parole.’

Ms James had to grow up without her father and her memories of him are largely confined to photographs and stories told by other family members.

‘I had to grow up a bit quicker compared to other kids,’ she said. ‘It was hard but I guess it was all I knew.’ 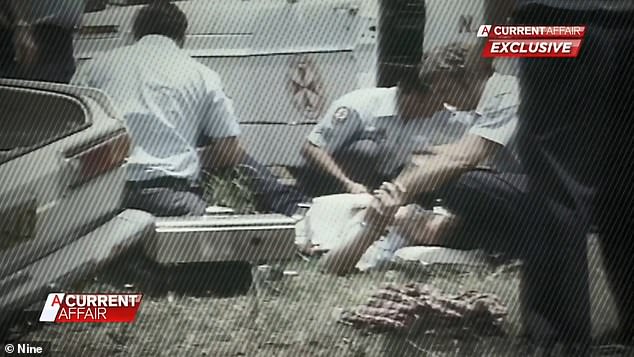 Constable Alexander Pietruszka, pictured being treated by ambulance officers, was lucky to escape with his life after being shot in the stomach by Berwyn Rees who was resisting arrest

A spokeswoman for the State Parole Authority said the body had formed an intention to grant parole to Rees at a private hearing on September 28 last year.

‘If the offender is granted parole he will be subject to strict conditions set by the SPA for the remainder of his life,’ the spokeswoman said.

THE HORRIFIC CRIMES OF BERWYN REES

November 24, 1980: After three years in hiding, Rees is confronted by Sergeant Keith Haydon in bushland at Mount Sugarloaf, near Newcastle. He shoots Sergeant Haydon dead. Later that day Rees shoots Constable Alexander Pietruszka at nearby Beresfield. Constable Pietruszka survies and Rees and is arrested

April 13, 1981: Justice Colin Begg sentences Rees, 31, to three life terms for the murders of Mr James, Mr Greenfield and Sergeant Haydon and 10 years for the malicious wounding of Constable Pietruszka

February 8, 2019: The NSW State Parole Authority to hold a public hearing and determine whether Rees, now 69, should be released

Ms James said Rees was highly intelligent – completing a Bachelor of Arts Degree with a double major while incarcerated – but cold and calculating. He had shown no remorse for his crimes.

‘All he’s doing is saying exactly what they want to hear so he gets let out,’ she said.

Ms James began a petition on change.org to keep Rees locked up; as of Thursday afternoon it had almost 25,000 signatures.

‘What I would like to see is justice prevail for a change,’ she said.

‘As far as I’m concerned, originally it was three life sentences plus 10 years for the attempted murder.

‘They were cold blooded executions. They were shot in the back of the head at point blank range. It was all premeditated, it was all planned.

‘He gave them all life sentences. He gave each of the family members life sentences and I think it’s only just and fair that he receives exactly the same thing.’ 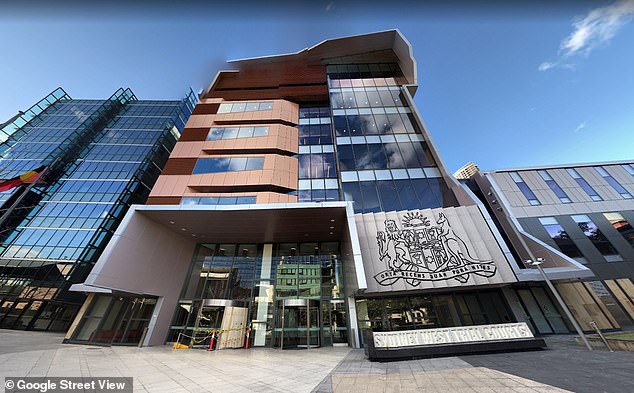