Cole Sprouse tries to be a beauty blogger in funny video

Riverdale star Cole Sprouse has many talents, but the most surprising on may be his ability to effortlessly act out a mock beauty tutorial — something his character Jughead would never be caught doing.

Thanks to social media, fans know how much fun Cole and his co-stars have together while on set, and earlier this week Camila Mendes aka Veronica Lodge posted an Instagram Stories video of him doing an improv make-up lesson.

Camila filmed the hilarious footage, which sees Cole acting out a spoof YouTube tutorial while his co-star and rumored girlfriend Lili Reinhart narrates his every move. 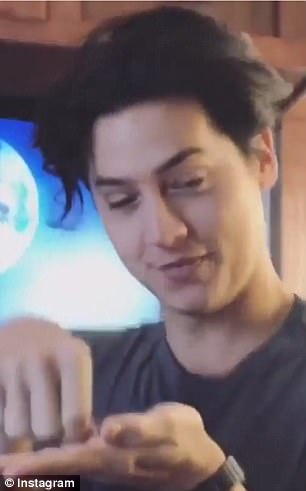 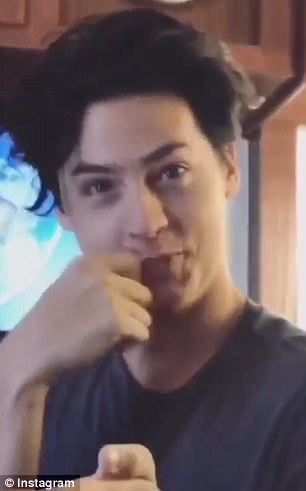 Too funny: The 25-year-old’s co-star and rumored girlfriend Lili Reinhart can be heart narrating his every move in the background 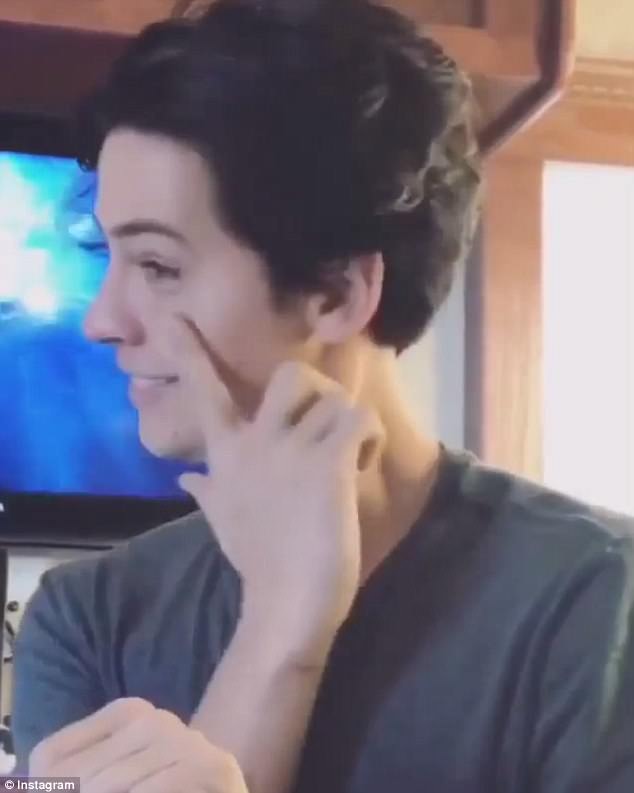 Beauty expert in the making: ‘What am I doing? I’m crazy! Oh my god,’ Lili jokes while Cole pretends to apply make-up to his face

‘So today I’m going to be showing you how to put on some blush, so here’s my product,’ Lili says in the background as Cole pretends to open up a compact.

Lili says she is going first start with the lip, but Cole goes rogue and uses his finger to swipe underneath his eyes.

‘What am I doing? I’m crazy! Oh my god,’ Lili jokes while Cole acts like he is applying lipstick. 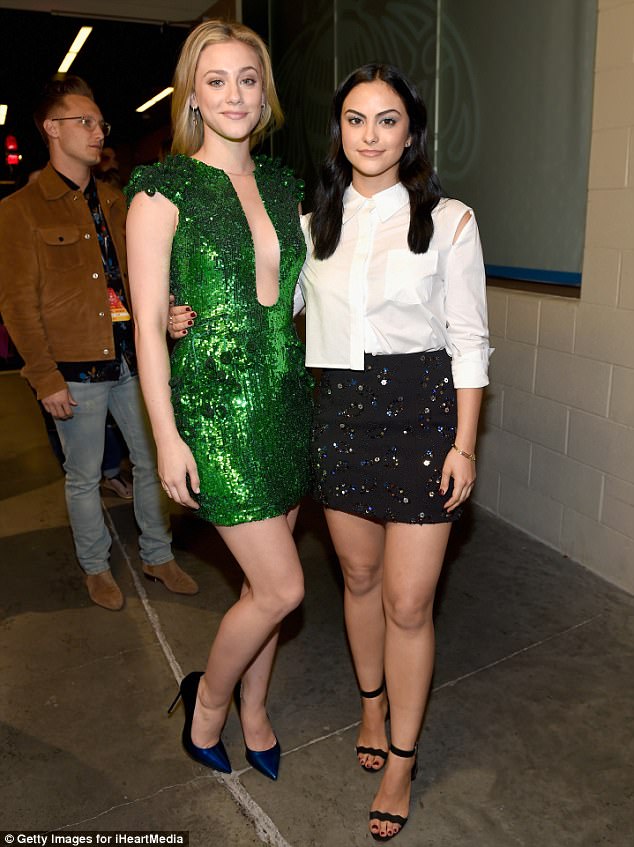 Close pals: Riverdale star Camila Mendes shared the footage on her Instagram Stories this week. She is pictured with Lili at the iHeartRadio Music Festival last week 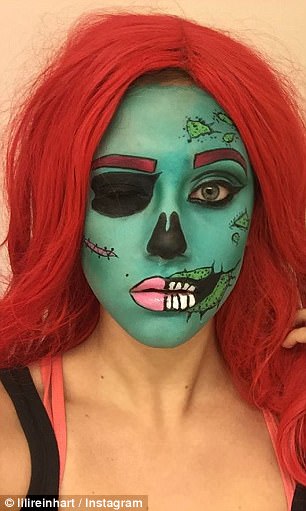 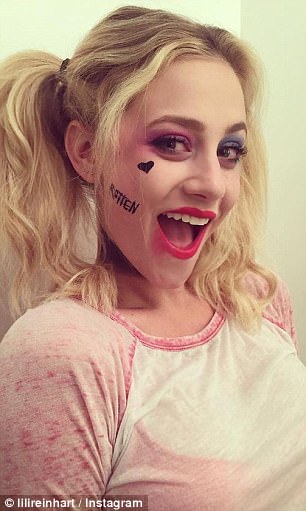 Make-up enthusiast: Before she appeared on Riverdale, Lili would share Instagram photos of herself modeling cosplay make-up and special effects 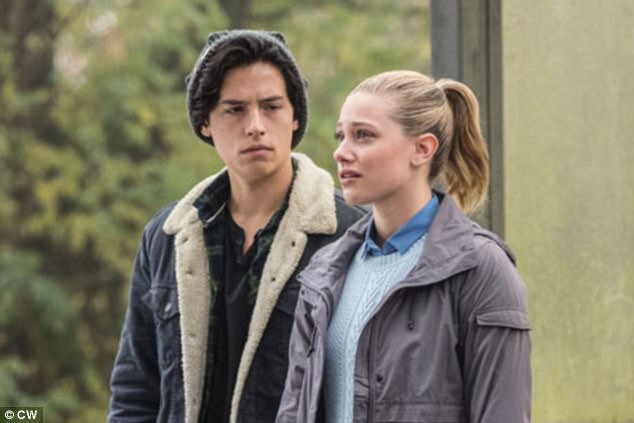 Interestingly, Lili is a bit of a of a make-up enthusiast herself, and before she was cast as Betty Cooper the Riverdale star would share photos of herself modeling cosplay make-up and special effects.

Cole and Lili’s Riverdale characters Jughead and Betty are one of the show’s most beloved couples, and fans affectionately call the duo ‘Bughead’.

The two co-stars are also reportedly a couple in real life, but much like their characters on the teen drama that they appear on, they may be on the verge of a love triangle.

Lili took to Twitter at 9pm on Tuesday to share her feelings about one of TV’s most iconic couples: Miss Piggy and Kermit the Frog. 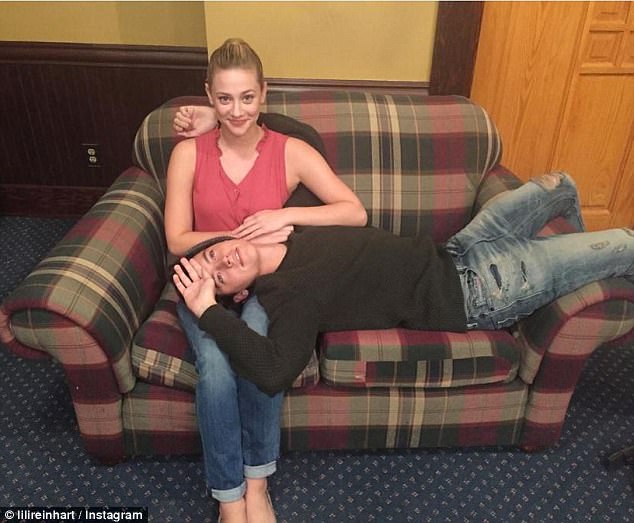 Are they are aren’t they? Lili and Cole are rumored to be dating in real life

‘It’s so messed up’: Earlier this week, Lili took to Twitter to accuse Miss Piggy of walking all over Kermit the Frog

‘Moi has moved on’: Miss Piggy clapped back and asked Lili for Cole’s number 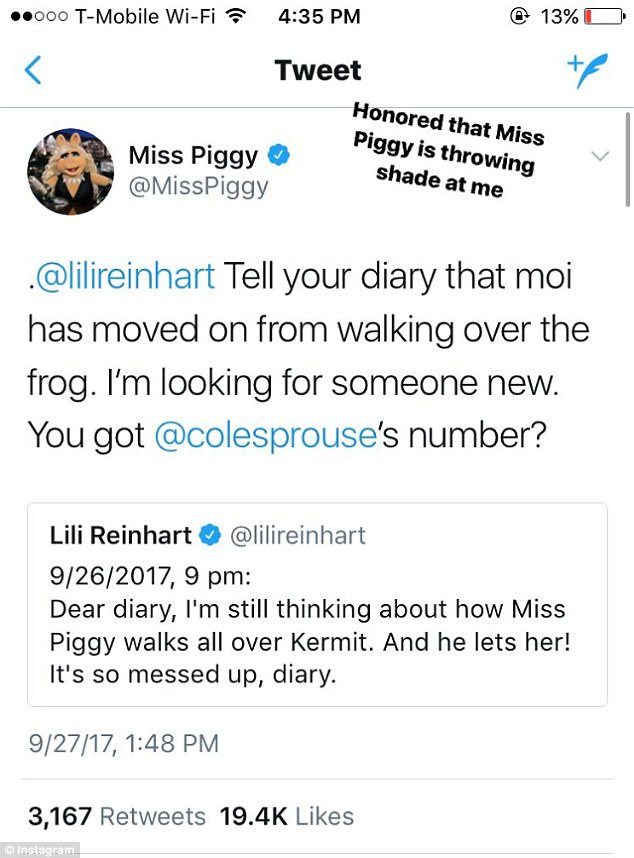 Taking it in stride: Lili shared a screengrab of the Twitter conversation on Instagram Stories and said she feels ‘honored that Miss Piggy is throwing shade’ at her

‘Dear diary, I’m still thinking about how Miss Piggy walks all over Kermit. And he lets her! It’s so messed up, diary,’ she wrote.

Miss Piggy is never one to miss an opportunity clap back at a critic, and she quickly responded with her own tweet.

‘Tell your diary that moi has moved on from walking over the frog. I’m looking for someone new. You got @colesprouse’s number?’ Miss Piggy tweeted to Lili.

While sharing a screengrab of their tweets on her Instagram Stories, Lili said she is ‘honored that Miss Piggy is throwing shade’ at her.

However, it’s still unclear if she ended up passing along Cole’s digits.