She welcomed her fourth son Cass in February.

And Coleen Rooney looked incredible on Wednesday as she was pictured wearing sportswear following a beauty appointment in Wilmslow, Cheshire.

The 32-year-old wife of football star Wayne Rooney, then beamed as she hit the shops, picking up some ‘holiday-style’ purchases from the Rumpus Resort shop.

Casual: Coleen Rooney put on a casual display as she picked up some new clothing in Cheshire on Wednesday and enjoying a pamper session – two months after giving birth 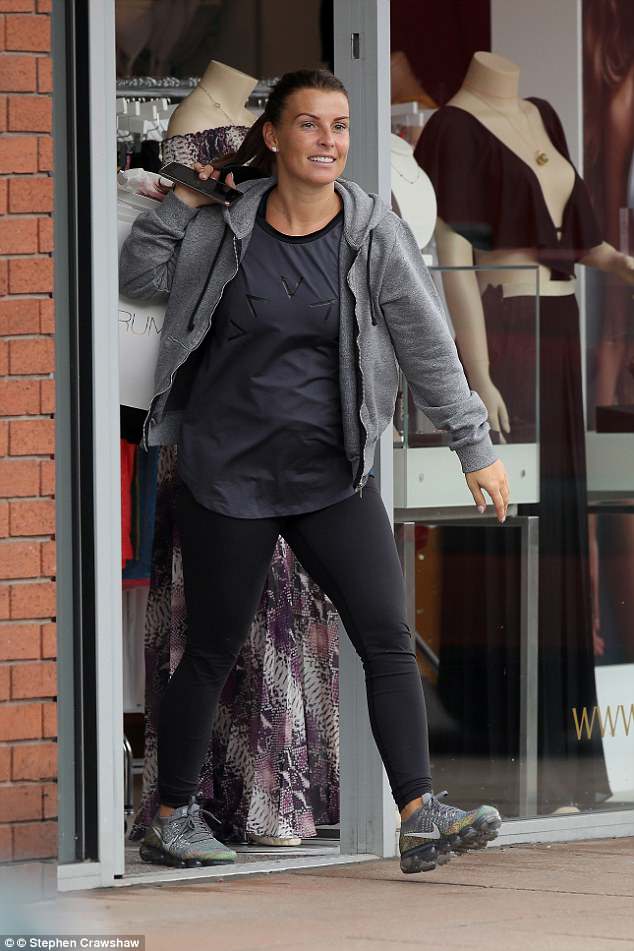 Beaming: The star looked happier than ever as she picked up some holiday essentials – but where is she going next?

Coleen put on a relaxed display in a tight grey T-shirt and matching leggings, covering up in a cosy hoodie as she carried her purchases to the car.

Finishing her look with casual grey trainers, the mother-of-four went solo for the outing as treated herself to new holiday clothing, giving the impression she’s preparing to jet away again somewhere soon.

Coleen kept her brunette tresses tied back in a simple ponytail, with just a touch of mascara highlighting her flawless complexion.

She also headed to the Liz Clough Cheshire Make-up Artist where she had her eyebrows groomed.

The Liverpool-born beauty’s outing came after she made her grand return to the Grand National Festival on Saturday, having not missed the event for more than a decade. 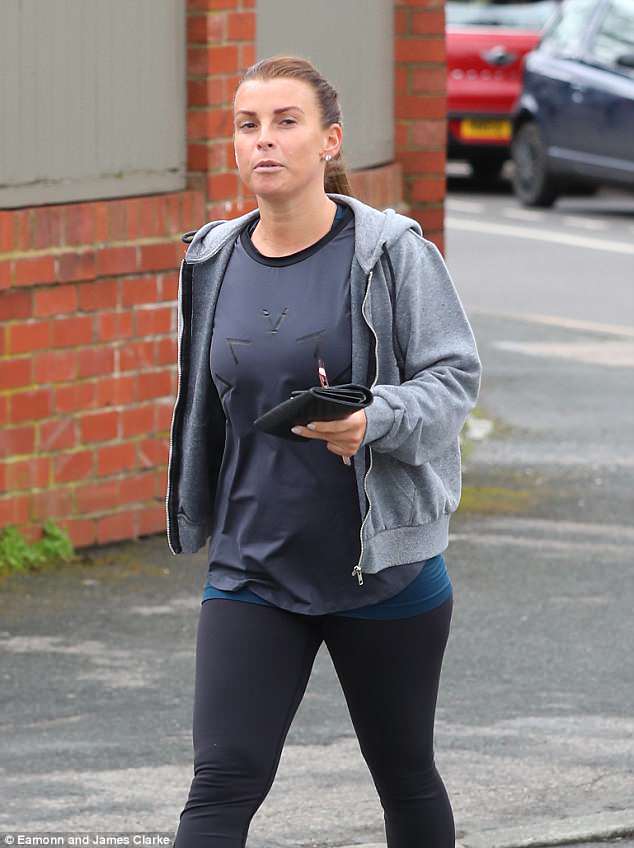 Relaxed: The mother-of-four sported casual leisurewear as she picked up some swimwear in Wilmslow, teaming grey gym leggings with a matching t-shirt and trainers 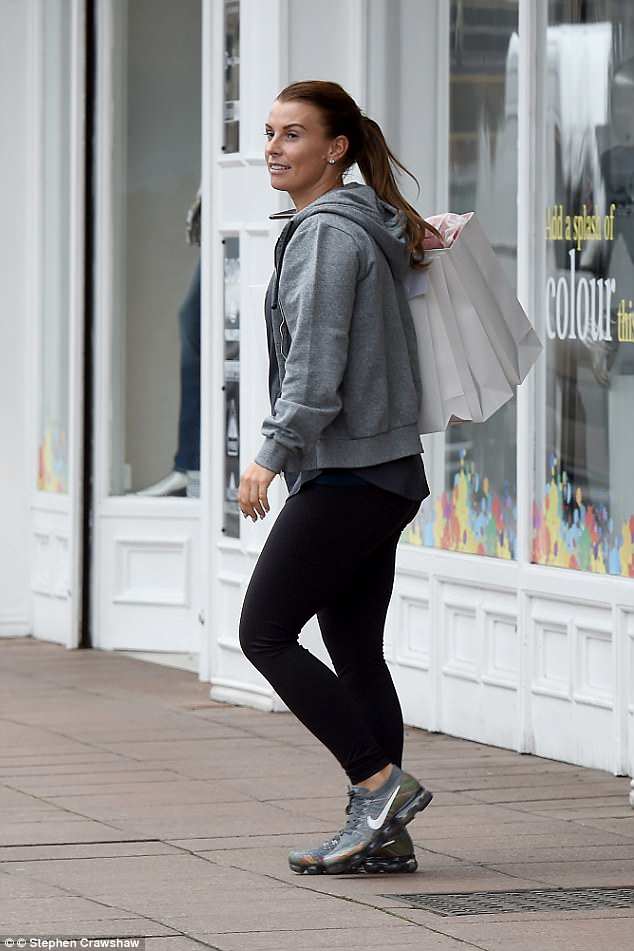 Amazing: Coleen went solo for the shopping trip as she picked up some new treats for the summer season 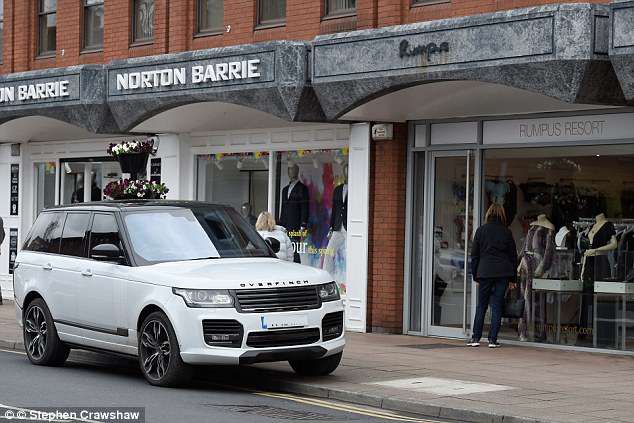 Good bye: Coleen was seen leaving the Rumpus Resort clothing shop as she picked up some essentials 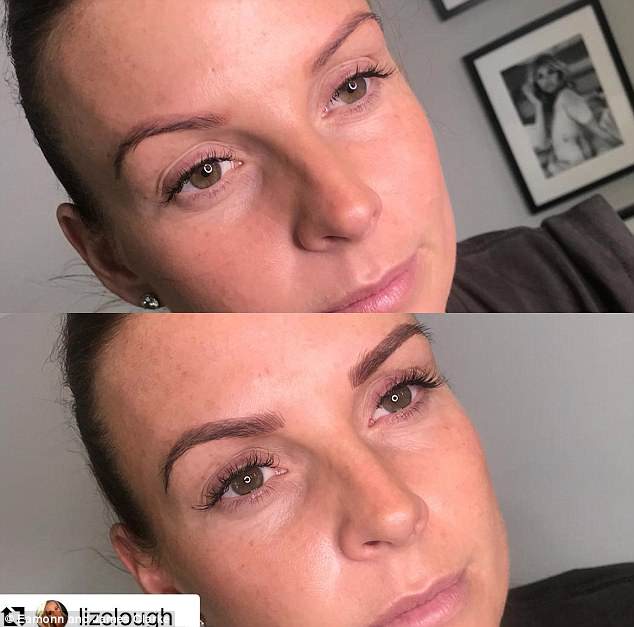 Transformed: The Liverpool-born beauty recently took to social media to share before and after snaps from having her eyebrows done

It was a shock to fans when the beauty missed out on last year’s race, but she was back this year in force along with her oldest son Kai.

The eight-year-old stole the show with his hilarious reactions during the race, jumping for joy as he clutched his mum’s betting slips watching winner Tiger Roll crossed the finish line.

Coleen’s nine-year marriage to Wayne, 32, has gone from strength to strength in recent weeks, after it was rocked by cheating scandals during her fourth pregnancy.

It was on Facebook, earlier this year, that Coleen was forced to issue a statement about the status of her marriage, saying she ‘thought it might have been at an end.’ 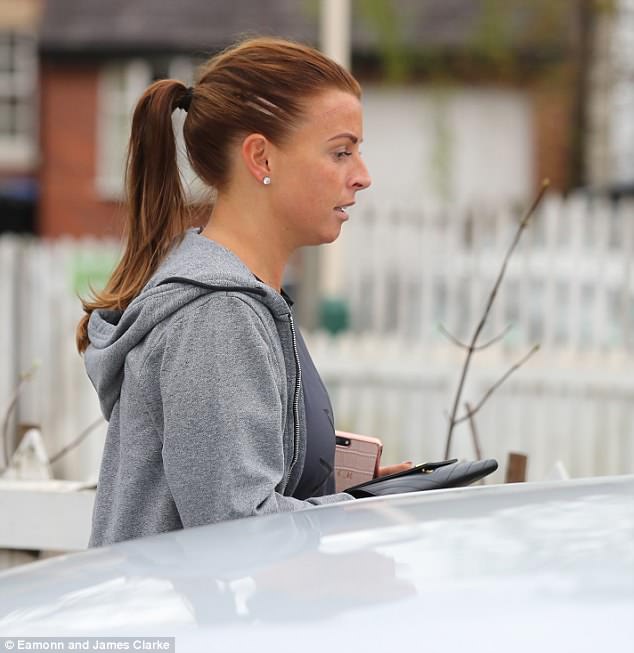 Glowing: Coleen showed off her tanned complexion in the casual look as she headed back to her car 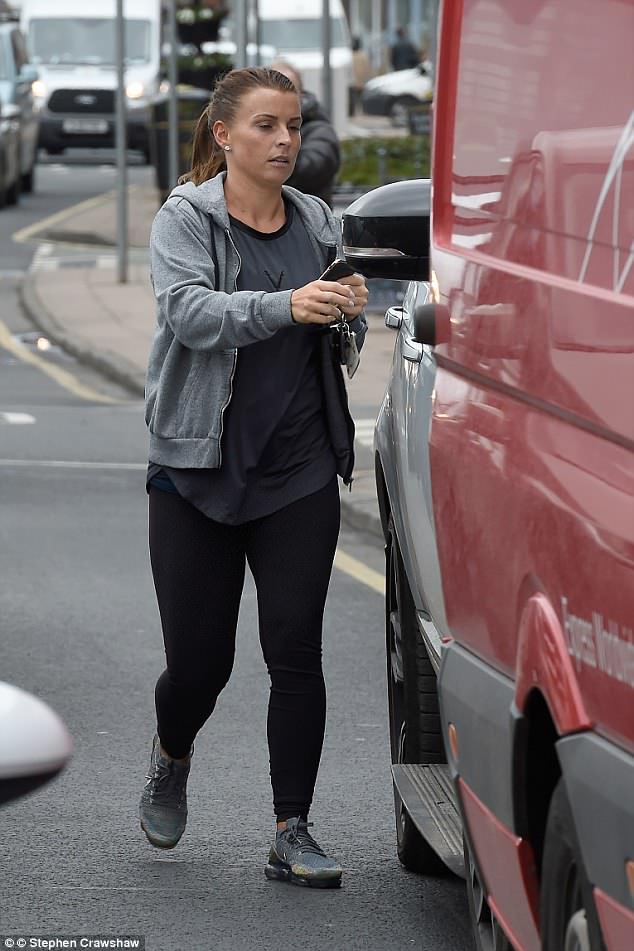 Relaxed: For the shopping trip, Coleen kept her brunette tresses tied back in a tight ponytail, highlighting her flawless complexion with barely-there makeup

Coleen and Wayne ran into trouble last September when he was stopped by police for being intoxicated behind the wheel of a car with a party girl, who later claimed she would have ‘slept’ with the footballer if they had not been stopped.

Posting her statement on Facebook, Coleen admitted she had made a decision to not wear her ring during the troublesome period in her marriage.

Following months of speculation about a relationship breakdown, she set the record straight and confirmed that she had put her wedding ring back on, and forgiven Wayne’s ‘selfish mistakes’ yet again. 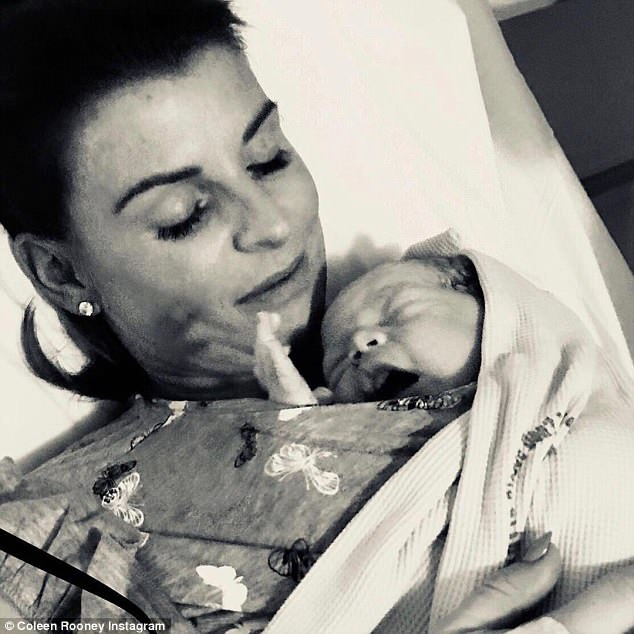 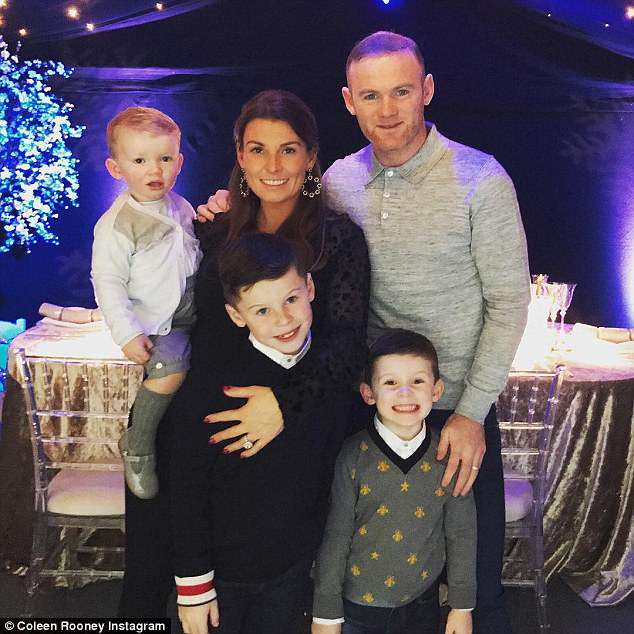 Back on track: Taking to Facebook in November, Coleen confirmed that her marriage to Wayne was back on track following recent troubles