Coles checkout chick has been working register for 52 YEARS

‘I’ll check out of life before I check out of Coles’: Meet Australia’s longest-serving checkout chick, 87, who’s been working the register for 52 YEARS

Australia’s longest-serving checkout chick is set to star in her own segment of A Current Affair on Friday after more than half a century of price checks.

Great-grandmother Brenda Palmer, 87, has been working the tills at supermarket giant Coles for 52 years and has lost none of her enthusiasm for the job.

‘I’ll probably check out of life before I check out of Coles,’ she said, laughing, when interviewed by A Current Affair. 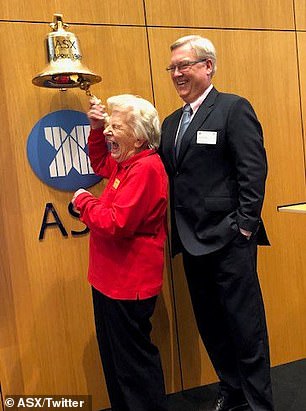 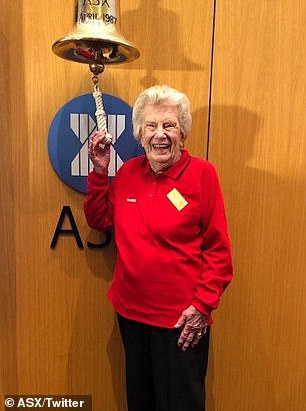 Because of her positive attitude and long service, Brenda Palmer got to ring the bell when Coles Group began trading on the ASX last year following a demerger

Mrs Palmer started her long career in 1967 at the tender age of 35, and has worked at the Malvern Coles in inner-city Melbourne since the day it opened.

‘I’m a checkout chick and proud of it,’ she said.

Over the decades, Mrs Palmer has become something of a mascot for the supermarket chain with her positive attitude and long service.

Mrs Palmer, at the forum, pointed out that customers read the labels on products much more carefully than they used to, AAP reported.

‘I remember when jam only came in tins and the bread was wrapped in wax paper, which wouldn’t be a bad idea if they went back to the wax paper.’ 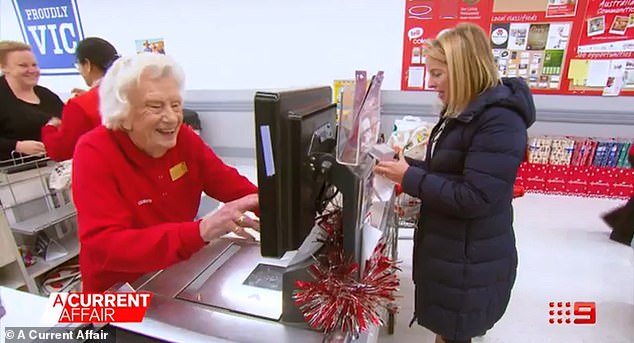 Customers queue to be served by Brenda Palmer, 87,  who has worked for 52 years at Coles

Last year when Coles Group shares started trading on the Australian Securities Exchange following a $20 billion demerger from Wesfarmers, it was Brenda who rang the bell.

She also starred in the ‘Good things are happening’ Coles advertisement alongside celebrity chef Curtis Stone.

This year, she was invited to the Coles Annual General Meeting to inspire her fellow employees and shareholders.

On tonight’s program, Brenda will reveal her golden rules and what she loves about the job that keeps her going. 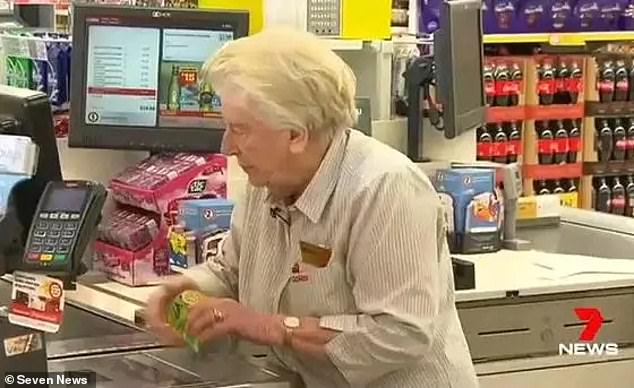 Brenda has a lot of wisdom for colleagues and cooking recipes for customers. She even gave advice on waxed paper to former Prime Minister Malcolm Turnbull in March 2018

Brenda’s manager told the West Australian that customers love her so much they queue for her till.

‘She truly leads by example, she is the face of Coles no doubt,’ the manager said.

Brenda said the secret to her success was thinking young.

‘People say to me, ‘What’s your secret, what do you do Brenda?’ and I say ‘never think old’. The moment you think you’re old, you are,’ she told the West Australian.

The biggest change Brenda has seen over the years has been the introduction of bar codes, which have revolutionised supermarket shopping since they were first used on a pack of Wrigley chewing gum in 1974.

Mrs Palmer still works four mornings a week at the Malvern store and has lots of wisdom to pass on to the younger staff.

‘Coles has been around for 105 years and I’ve been there for nearly half of it,’ Mrs Palmer told the Herald Sun.

‘It was like a different job when I started, in those days we worked really hard.’