Coles The Pink Stuff paste: How to remove scratches from plates and bowls

A cleaning pro has blown the minds of thousands by revealing a simple way to remove marks on kitchen plates using an affordable Coles product.

Many customers initially believed the scratches left on plates and bowls from cutlery were irreversible, but the clever TikToker has shown how to rid the unwanted marks in seconds.

The woman behind the username @tinktoktink used The Pink Stuff ‘miracle’ cleaning paste with a Scrub Daddy sponge and shared the results in a 20-second video posted on Monday.

The short clip titled ‘refresh your plates’ has since been viewed more than 2.7million times, impressing thousands of Aussies. 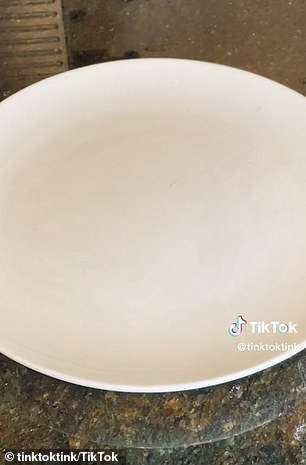 The woman’s white plates appeared to be covered in scratches, but found the marks weren’t permanent (left, plate before cleaning). By using The Pink Stuff and a Scrub Daddy sponge from Coles, the marks lifted in under 30 seconds (right, plate after cleaning) 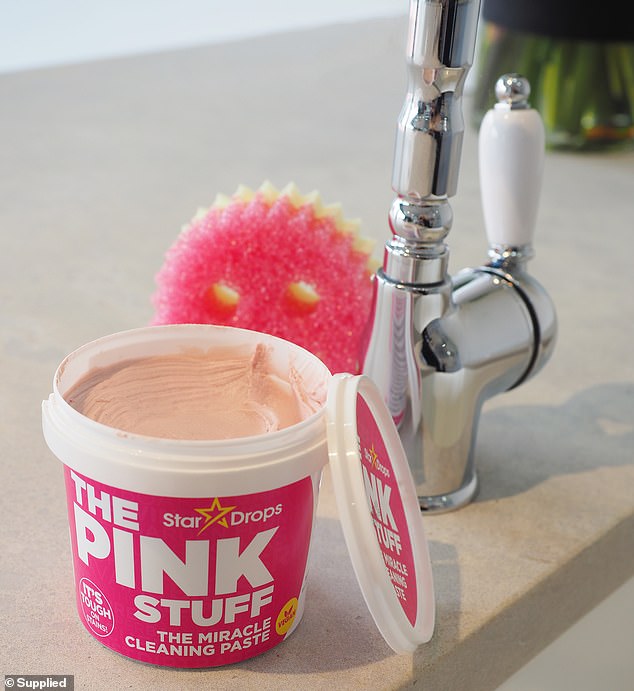 The Pink Stuff has been making waves for its ability to remove super tough stains, dirt, grease and grime, leaving surfaces shiny clean without hours of scrubbing – all while using 99 per cent natural ingredients

In the video, the woman dipped the sponge into the paste then scrubbed the white plate ridden with scuff marks.

After a few seconds the grey areas slowly began to lift and after a quick rinse under the tap, the plate appears shiny and new again.

While the video is sped up, the household chore likely wouldn’t have taken longer than 30 seconds to complete.

The video quickly caught the attention of the masses, with many wanting to try the lesser-known hack for themselves.

A third added: ‘Doing this tonight, these scratches have always driven me mad!’

‘Never seen something work so fast!’ another wrote. 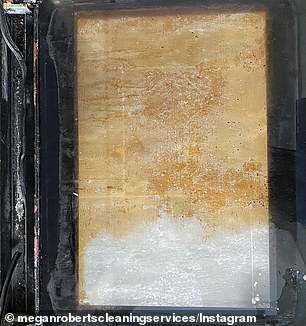 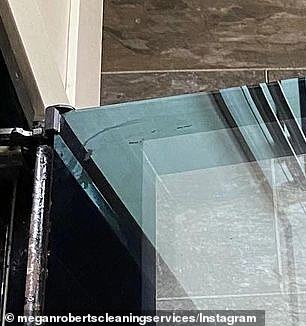 Before and after: The Pink Stuff has been popular among thousands, including queen of cleaning Sophie Hinchliffe, aka Mrs. Hinch, who raved about the paste on her Instagram page (picture showing the result after a shopper used the paste to get her oven glass sparkling clean) 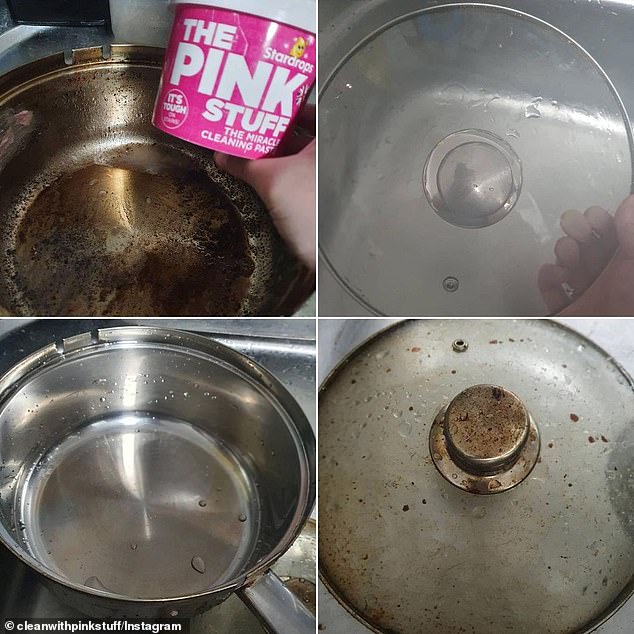 The Mrs. Hinch-approved paste can be used on most surfaces, including pots and pans

The Pink Stuff has been popular among thousands, including queen of cleaning Sophie Hinchliffe, aka Mrs. Hinch, who raved about the paste on her Instagram page in 2021 with more than four million followers, calling it nothing short of miraculous.

‘Get your tub of Pink Stuff and start Hinching away all those stubborn marks on the inside of the oven and glass,’ Mrs. Hinch said.

‘Or work a decent amount of the paste onto the filthy underside of a saucepan. Leave for a bit and then work your [sponge] in circular motions to work the paste into the pan then scrub off any burnt-on debris.’

The Pink Stuff is produced by Star Brands, a British company dedicated to designing cleaning products that allow you to clean your home with ease.

The product can also be used to clean oven doors, pots and pans, sneakers, car rims and sinks.