College football player, 19, who said he’d ‘slap the s*** out of’ his girlfriend is arrested

College football player, 19, who said he’d ‘slap the s*** out of’ his girlfriend after she confronted him over fake eyelashes found in his bedroom, is arrested for domestic assault and indefinitely suspended from Tennessee team

Bryce Thompson (pictured), 19, was charged with domestic assault after getting into an argument with his girlfriend on August 24

A University of Tennessee football player who allegedly told his girlfriend he’d ‘slap the s***’out of her was arrested for domestic assault has been indefinitely suspended from the team.

Bryce Thompson, cornerback for the Volunteers, reportedly got into an argument with his girlfriend around 8pm at Stokely Hall dormitory on the Knoxville campus.

According to authorities, the couple of four years began to argue after the girlfriend found fake eyelashses that didn’t belong to her in Thompson’s room.

Knox Now reports that witnesses overheard the couple arguing and told authorities they heard Thompson tell the woman he would, ‘slap the s*** out of you.’

Witnesses also claim they hear Thompson say he would shot up the school.

When campus police arrived, they said Thompson was ‘extremely upset and agitated’ and a metal gate was unhinged along with a damaged wall. 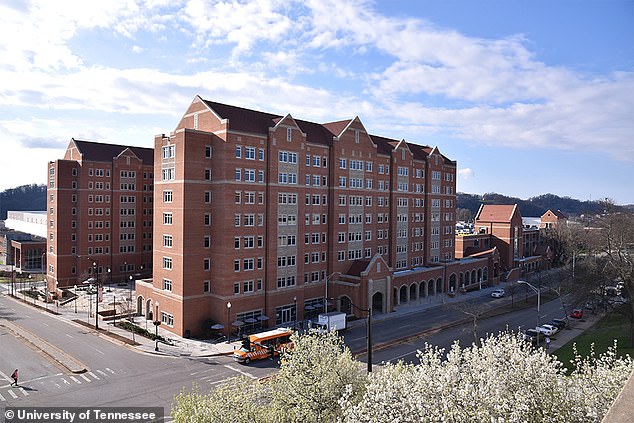 The incident occurred in Stokely Hall on the University of Tennessee campus in Knoxville, Tennessee

According to Knox Now, Thompson initially told authorities he fell onto the gate and fell down the stairs with it.

He later recanted his statement, instead saying the gate broke when ‘he tried to pull it upwards’.

One witness, who claims to have heard both threats, told police he saw Thompson and his girlfriend arguing in the stairwell.

He reports hearing ‘a loud crashing sound, presumably when the gate was ripped off.’

Two other witnesses, who heard but did not see the incident, corroborated the first witness’s story and confirmed it was the same incident.

Thompson’s girlfriend told police that 19-year-old ‘has a bad temper and has punched walls during past arguments.’ 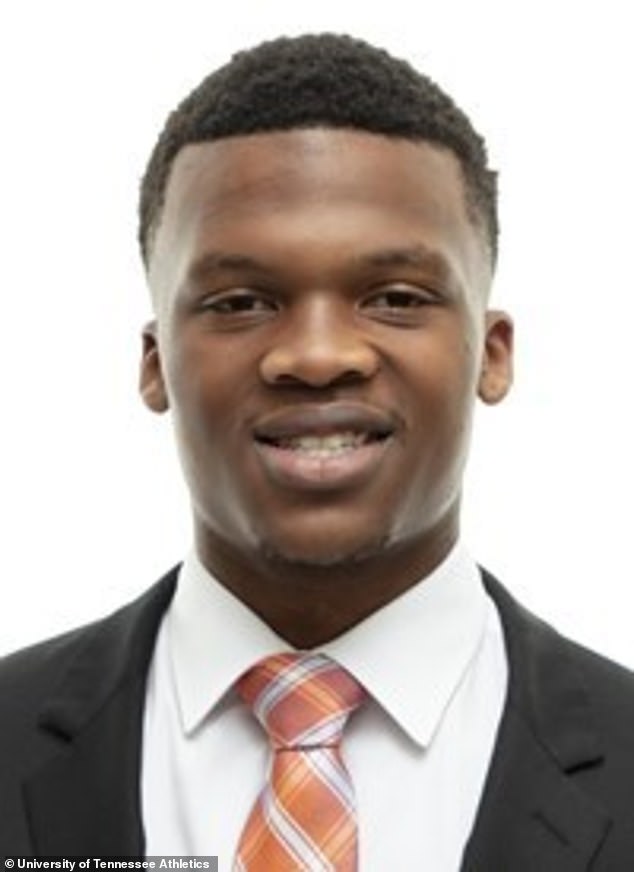 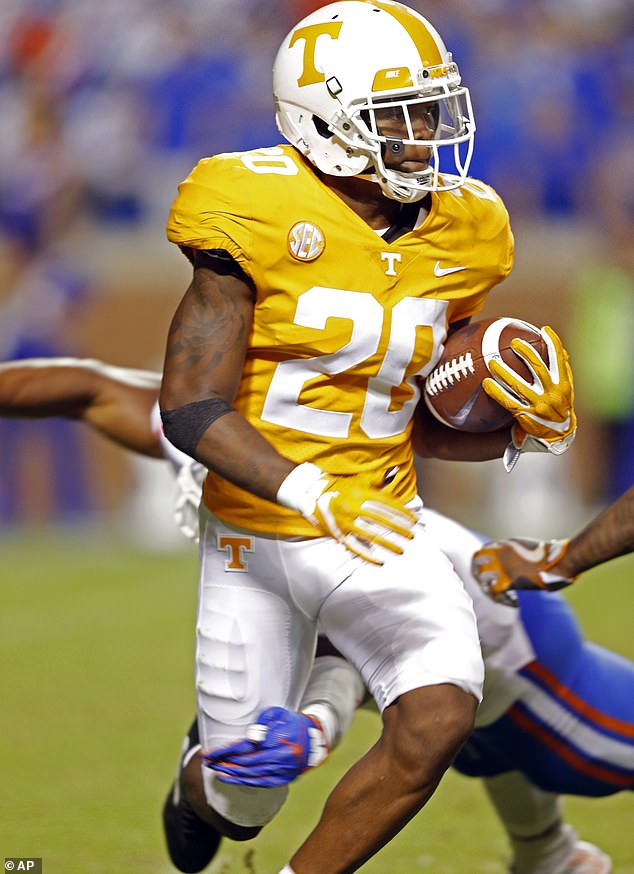 Thompson (pictured), who is a cornerback on the football team, was indefinitely suspended while the investigation moves forward

He was taken into police custody, jailed overnight and released Sunday morning on a $3,000 bond.

He’s been charged with domestic assault.

According to Knox Now, Thompson was taken into custody because he, ’caused another to reasonably fear imminent bodily injury and the relationship between him and (the woman) is domestic in nature.’

Thompson is expected to appear in Knox County General Session on September 3, according to Knox Now. 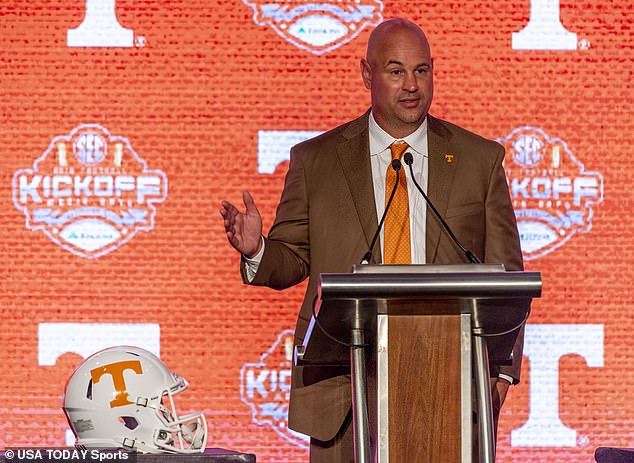 Pruitt (pictured): ‘Bryce Thompson is suspended indefinitely while the process continues. We hold our student-athletes to a high standard’

A University of Tennessee spokesperson said they were aware of the situation and were waiting for further comments after the initial arrest.

As of Monday, Thompson has been indefinitely suspended from the football program while the investigation continues.

Coach Jeremy Pruitt said in a statement: ‘Bryce Thompson is suspended indefinitely while the process continues. We hold our student-athletes to a high standard. The safety of all students is our first priority here at Tennessee.’

‘I released a statement today and that’s all we’re going to talk about that for right now. We’re going to focus on this game, and, for us, that’s what we can focus on.’

The Volunteers have their season opener against Georgia State on Saturday.