A Minnesota family is reeling over the sudden, unexplained death of their 18-year-old son who was on a flight home from school for the Christmas break after he took a nap on the plane, but never woke up.

Griffin Gutwa called his family before boarding a Delta Airlines flight from San Diego to Minneapolis-St. Paul on December 22, according to his father Gideon Gutwa. He asked for some warm water and leaned his head against the window and fell asleep, but the passenger next to him noticed his breathing pattern changed.

According to the Bemidji Pioneer, the passenger alerted the attendant, who realized something was wrong with the University of San Diego student and asked for medical professional help.

Griffin Gutwa was excited to go home for the Christmas break after finishing finals at the University of San Diego. He took a nap on the plane ride home and never woke up 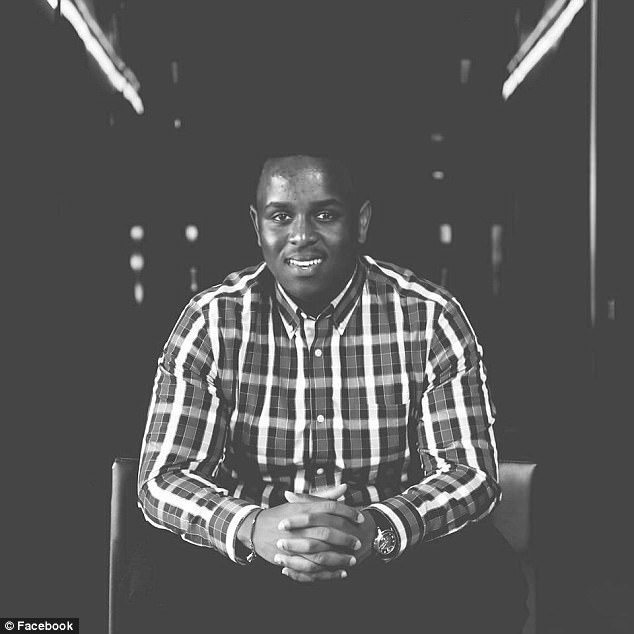 CPR was performed on Griffin and the pilot started looking for a place to make an emergency landing.

The plane ended up landing in Sioux Falls, S.D., where paramedics were waiting. They were unable to revive Griffin, and he was pronounced dead.

The body was left in Sioux Falls while the plane left to drop the rest of the passengers off in Minnesota, which caused the plane to be delayed by two hours.

Gideon says he arrived to pick his son up at the airport and was told the flight was delayed, so he left to pick up more family to greet their son.

He says when he returned back to the airport two hours later- Gideon hadn’t gotten out of his car when airport security approached him asking if he was Griffin’s father.

‘How come they know my son?’ he said.

The officer brought him and the family to an office where they told them Griffin was dead, according to the Pioneer.

‘I thought I was dreaming. I could not believe it,’ Gideon said. ‘He was very healthy. He had just been here for Thanksgiving. We were expecting him to arrive safe.’

A family friend said that the shocked father went ‘berserk’ and ran from the office. 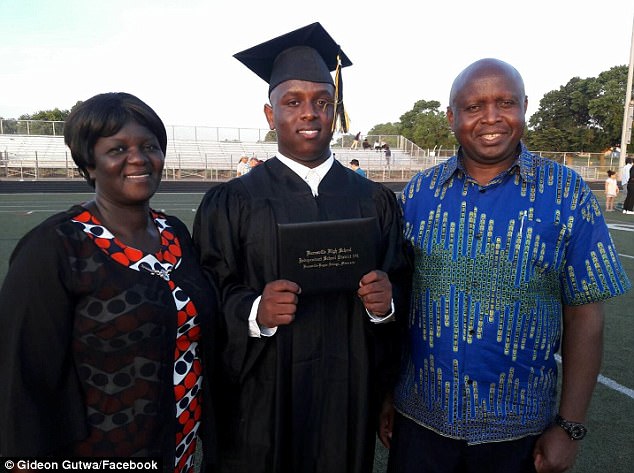 Devastated: Mom Gladys Makori and dad Gideon Gutwa were shocked to learn their son with a promising future had died suddenly at the age of 18

The family has been visited by friends and church members, and will continue to get visits until the January 7 funeral.

‘It helps,’ Gideon said, of the visitors. ‘I have so many questions why, but there are no answers.’

Griffin wanted to use his medical degree to return to Kenya, where he is from, to start nonprofit organizations to help alleviate poverty.

The cause of the young man’s death is still under investigation by the Sioux Falls medical examiner.

He leaves behind his father, his mother Gladys Makori, his sister Wendy, 15, and brothers Brian, 12, and Garvin, 9.

A GoFundMe account has been set up for the family.