After having two goals taken away by video review, Chile kept their cool and stayed on track to retain the Copa America title.

Chile overcame two unfavorable VAR decisions in regulation time on Friday, then defeated Colombia 5-4 on penalties in the quarter-finals of the South American competition.

Alexis Sanchez scored the decisive spot-kick to send the two-time defending champions to the last four. 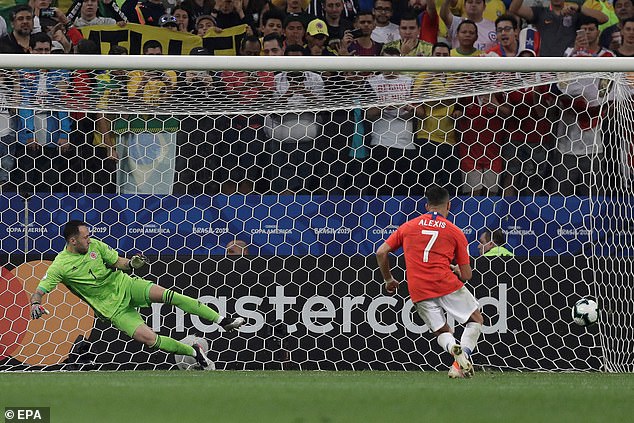 Chile will face either Uruguay or Peru, who meet on Saturday in Salvador. Brazil and Argentina will play in the other semi-final.

Chile had goals disallowed by video review in each half of a 0-0 draw.

‘We have to get used to it,’ said Chile coach Reinaldo Rueda, who is Colombian. ‘It generates a feeling of frustration. You celebrate a goal but then you have to accept these decisions. Fortunately, the team didn’t lose its cool and the players kept their mental strength despite of what happened.’

Colombian defender William Tesillo shot wide in the second-to-last penalty, and Sanchez came in to seal Chile’s victory with a low shot into the corner.

Arturo Vidal, Eduardo Vargas, Erick Pulgar and Charles Aranguiz also scored for Chile in the shootout, while James Rodriguez, Edwin Cardona, Juan Cuadrado and Yerry Mina netted for Colombia, who had the best campaign of the group stage and exited the tournament without conceding any goals in four matches. 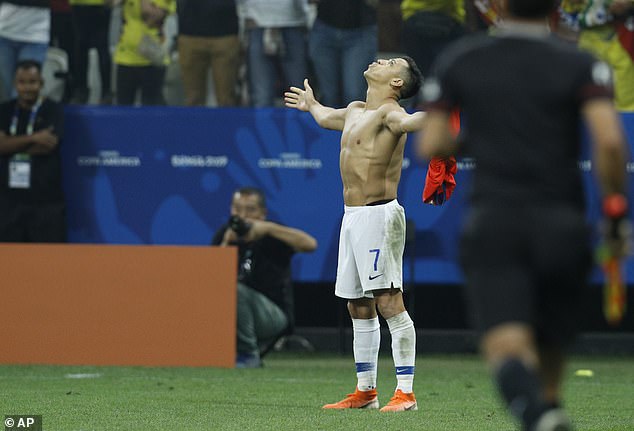 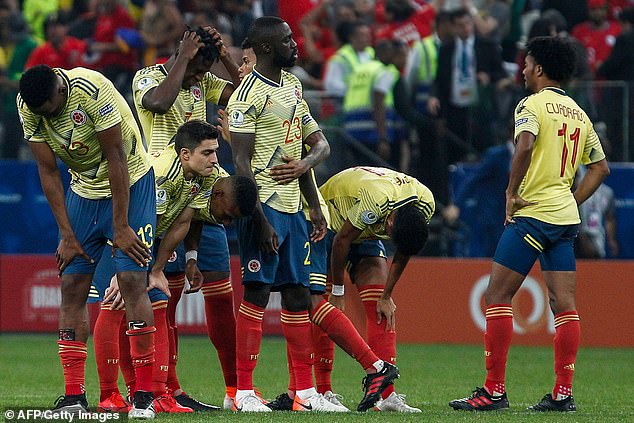 ‘Penalties are always more in the hands of God than in the feet of the players,’ Colombia coach Carlos Queiroz said. ‘It was a tough defeat, but this was a step forward for Colombia. We are certain that the Colombian fans have reason to be proud. Our performance shows that there are signs of improvement.’

Colombia, who were seeking a second straight semi-final appearance, were also eliminated by Chile at the 2016 Copa America. Chile have got the better of Colombia the last four times the teams have met in the tournament’s knockout stages.

Chile are trying to become the first nation to win three straight Copa titles since Argentina in the late 1940s.

It was an open match at the Arena Corinthians, but it was Chile that created the most significant scoring opportunities.

The title-holders thought they had opened the scoring with Aranguiz about 15 minutes into the match, but the goal was ruled out after video review determined Sanchez was offside in the build-up. In the 70th minute, Vidal’s goal with a shot from inside the area was reversed because the ball touched the arm of teammate Guillermo Maripan before reaching Vidal. 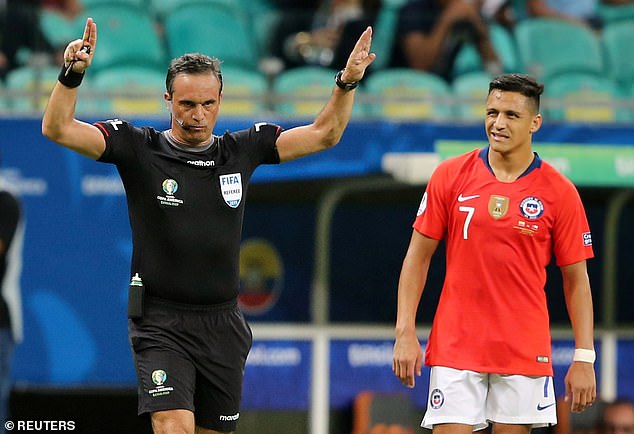 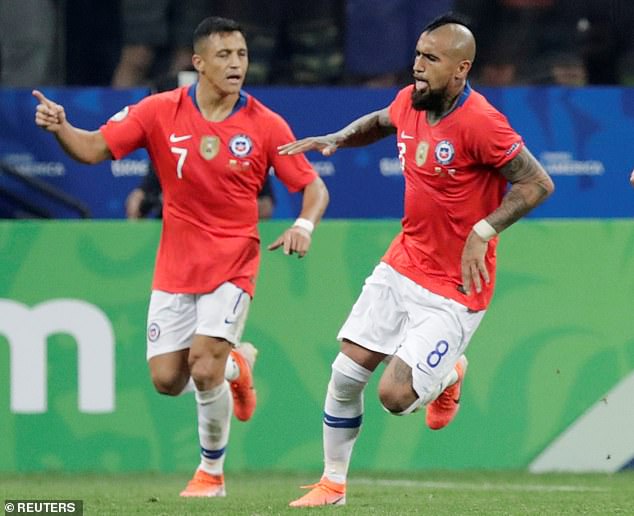 Goalkeeper David Ospina, returning to the Colombia lineup after traveling back home to visit his ill father, had already made two great consecutive saves earlier in the match to keep Chile from opening the scoring.

It was a tense match at times, and a brawl involving nearly all players erupted in the first half after Sanchez and Colombian defender Mina got into an altercation.

Colombia’s only Copa title came in a final against Mexico in 2001, though they have made it to the quarter-finals four straight times. This was Chile’s fifth straight last-eight appearance. They defeated Argentina in the last two finals, both times in penalty shootouts.

The match was delayed in 20 minutes because the Chilean squad was caught in heavy traffic in Sao Paulo and couldn’t arrive in time at the stadium. 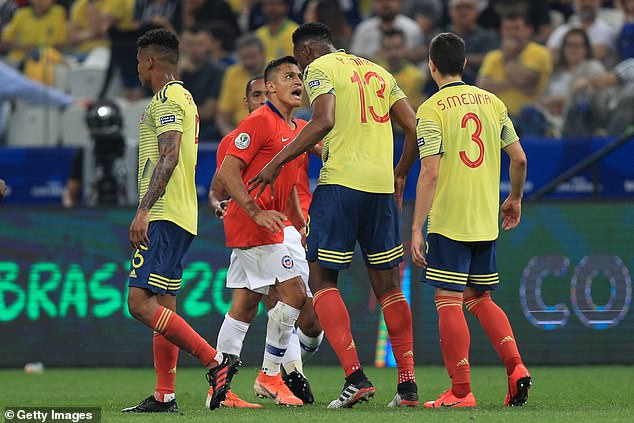