A suspected drug chief known as the ‘Pablo Escobar of Ecuador’ has been extradited to the U.S. Saturday, Colombia’s chief prosecutor’s office announced.

Washington Edison Prado had tried unsuccessfully to prevent extradition by claiming membership in the Revolutionary Armed Forces of Colombia – a status that would have made him eligible for a type of amnesty under a peace deal.

The prosecutor’s office said in a statement that Prado was escorted by a detail of 50 commandos and agents of various police agencies as he was turned over to U.S. authorities. 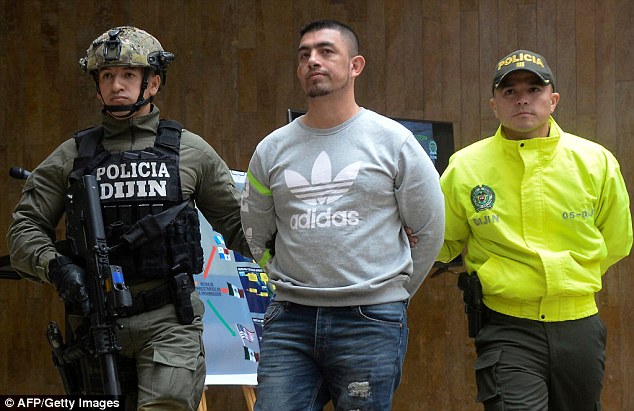 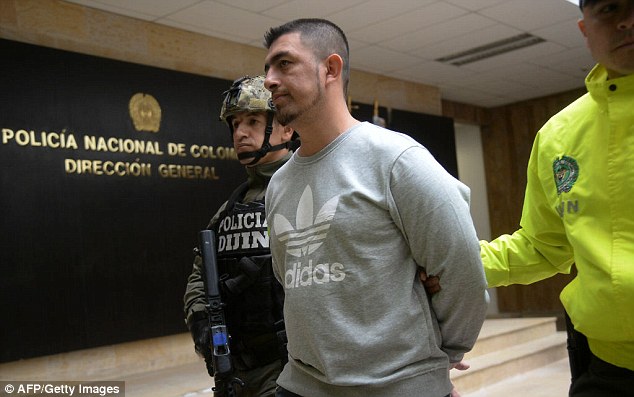 Prado led the most sophisticated mafia organization of the Colombian Pacific and was responsible for trafficking 250 tons of cocaine, authorities said

U.S. officials accuse Prado, also known by the alias ‘Gerald,’ of shipping more than 250 tons of cocaine to the United States.

Police say he ran the most sophisticated smuggling route on the Pacific coast of South America, and they compared it to Escobar’s Medellin cartel of three decades ago because of it sought to dominate the entire cocaine supply chain from production to its distribution in the U.S. 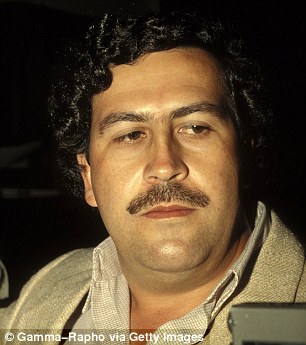 Pablo Escobar (Pictured), the godfather of the Medellin Cartel in Colombia in February , 1988

Police say his group sent as many as 10 go-fast boats a week, each carrying around a ton of cocaine.

He allegedly began as a boatman running drugs along Ecuador’s coast and rose to become head of a small army of smugglers spread across five countries.

Prado was arrested in Colombia in April on an indictment by a Florida federal court.

Pablo Escobar was the boss of one of the world’s most powerful criminal organizations and Colombia’s most-wanted fugitive.

Thousands of people were killed in violence unleashed by his Medellin cartel. Escobar’s fortune reached more than $30 billion in the early 1990s – an equivalent to about $57 billion in 2017 – making him one of the richest men in the world and wealthiest criminal ever, according to Forbes.

The feared drug trafficker and Medellin’s most infamous resident, was gunned down in the city in a U.S.-backed operation in 1993.