Columbus goalkeeper Zack Steffen saved two Atlanta United penalties in a shootout on Thursday as the Crew advanced to the MLS semi-finals 3-1 after neither team could break the deadlock in extra time.

Steffen got down smartly to save from Julian Gressel, then stopped Leandro Gonzalez Pirez’s weak effort. Jeff Larentowicz hit the post with Atlanta’s fourth kick.

Crew substitute Adam Jahn scored the clincher in the shootout to silence the near 70,000 fans at Mercedez-Benz Stadium in Atlanta. 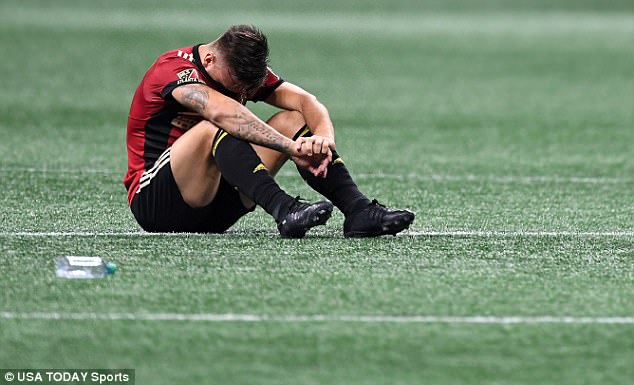 The Western Conference knockout match between Houston and Sporting Kansas City also failed to produce a goal in the regulation 90 minutes, but Honduras international Alberth Elis scored the winner for the Dynamo early in the first extra period.

In Atlanta, the result ended an otherwise impressive first season by the expansion team, who set league attendance records and played an eye-catching brand of football led by South American duo Miguel Almiron and Josef Martinez.

The Crew, who have one of the lowest attendance records in the league and an owner threatening to move the franchise to Austin unless the city of Columbus builds a new stadium, go on to an Eastern Conference semi-final against New York City FC.

‘It was my time to do my job,’ Steffen said after the game, describing the victory as ‘the biggest’ of his short career. 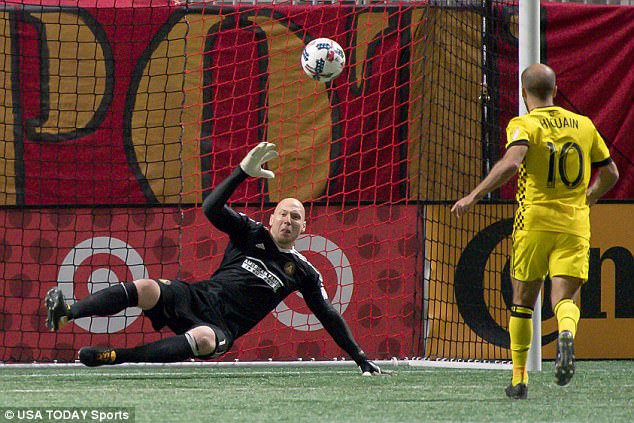 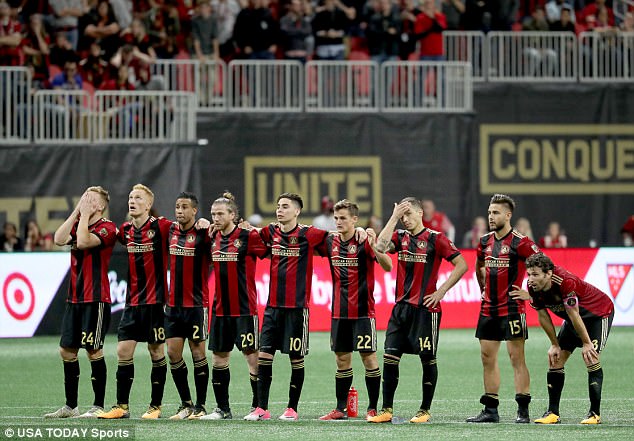 Atlanta United have turned plenty of heads in their first season, but they couldn’t go through

Apart from the shootout, the 22-year-old from Pennsylvania, signed from German club Freiberg in 2016, also made a series of fine saves during the match.

None was better than the one in the 65th minute when he launched himself to the left to turn away a header by Atlanta defender Pirez.

‘We had a game plan and we stuck to it and got it done,’ Steffen said. ‘This is huge. This goes back to the city of Columbus.’

The Dynamo, meanwhile, dominated Kansas City but left it late to clinch victory and earn a Western Conference semi-final against the top seed Portland Timbers. 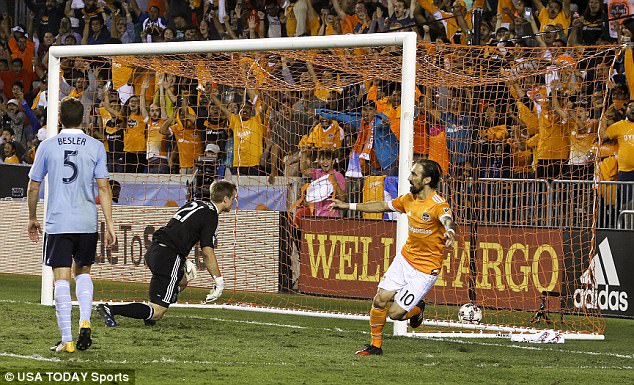 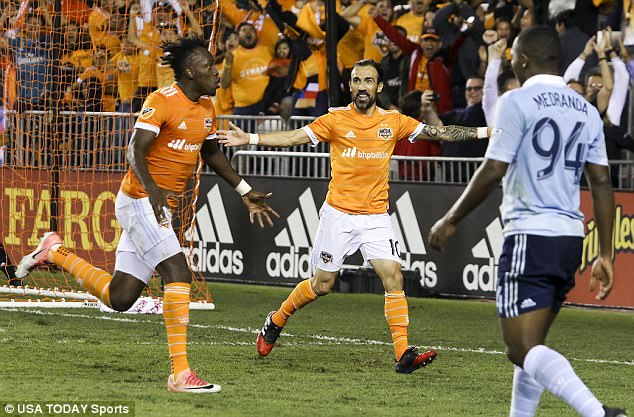 Elis (left) is enjoying an impressive month, having already scored a vital goal for his country

Elis slotted home the winner from close range in the fourth minute of the first extra period after substitute Vicente Sanchez got to the byline and cut the ball back to his team mate.

Honduras international Elis scored for his country in a World Cup qualifier against Mexico earlier this month, a game Honduras won 3-2 to advance to a two leg playoff against Australia for a spot in Russia 2018.

Elis, however, is suspended for the first leg against Australia on November 10.