A winner of Come Dine With Me who admitted having sex with a 15-year-old boy has been spared jail.

Lucy Haughey, 37, arranged via Facebook for the schoolboy to come to her Glasgow home where they slept together in June 2016.

The mother-of-three later confessed that she had sex with the teenager to a friend, who then informed the boy’s mother.

Pictured: Lucy Haughey on Channel 4 show ‘Come Dine With Me’. She has been spared jail after having sex with a 15-year-old boy

Today Haughey was told by Sheriff Shona Gilroy that her behaviour had been ‘vile’ as she was handed a three-year community payback order with a number of conditions.

It comes after she was handed 250 hours of unpaid work earlier this year for posting abusive online messages about her then partner’s ex-girlfriend.

The episode of the Channel 4 show in which Haughey won the £1,000 prize money was shown in January this year.

The defendant appeared at the Galsgow’s sheriff court earlier this month where she admitted engaging in sexual activity with the 15-year-old.

The court heard the defendant was an acquaintance of the boy’s mother.

Procurator fiscal depute Claire Whyte said Haughey had made arrangements with him to ‘meet up at her home address and have sex together’. 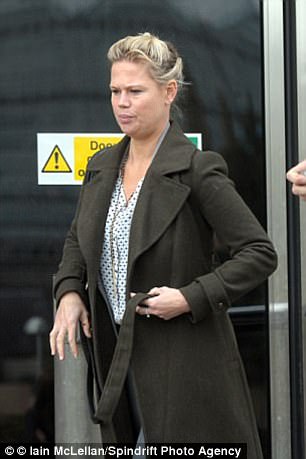 Ms Haughey later confessed her crime to a friend

She said the teenager told his mother he was ‘going to play football’ but made his way to Haughey’s house.

Miss Whyte added: ‘They sat talking together for some time before Haughey asked the witness to go into her bedroom with her.

‘The accused then asked the witness to sit on the bed.’

They had sex in her bedroom after which the teenager left.

It was not until several months later that the reality TV contestant confessed what had happened to a friend on Facebook messenger.

She said that the teenager ‘wanted to be introduced’ to sex before adding: ‘I’m an expert, it happened.’

She also claimed the teenager wanted to sleep with her again but she turned him down.

Haughey told her friend: ‘He had a crush on me but I also had a lot of respect for him’.

When asked if the boy’s mother knew what they had done, she said: ‘She can’t ever know.’ 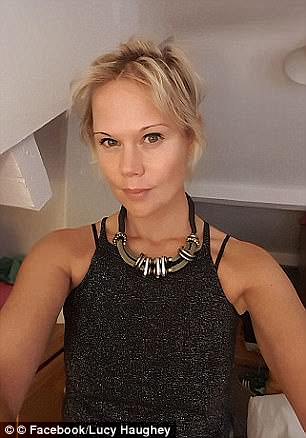 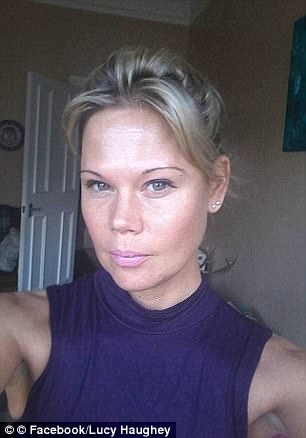 She then asked her pal to delete their internet conversation.

Miss Whyte said that Haughey’s disclosure ‘did not sit well’ with her friend, who then contacted the boy’s mother via Facebook.

When the teenager was confronted about it he ‘broke down and started crying’ before admitting the defendant had had sex with him.

The matter was later reported to the police and Haughey was interviewed but mostly said ‘no comment’.

Today sheriff Shona Gilroy handed her a three-year community payback order with a number of conditions, and put her on the sex offender’s register for three years.

The sheriff told her: ‘Your conduct in this offence was vile’. 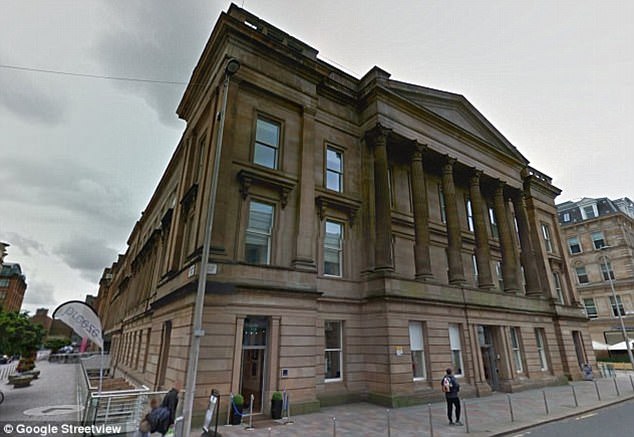 Haughey, from Glasgow, appeared at the city’s sheriff court (pictured) where she admitted engaging in sexual activity with the boy on June 25 last year

Haughey was also branded ‘disingenuous’ and told she presented a ‘significant risk’ of sexual offending towards teenagers known to her.

She must have no contact with the boy, his family or children under 16, not use social media without permission and not delete her internet history.

Earlier this year Haughey was given a community payback order after sending a barrage of abusive messages to Sharon Low between June 2015 and May 2016, leaving her victim feeling terrified and humiliated.