Speaking on The Joe Rogan Experience podcast on Thursday, Siddiq stated that he would have difficulty explaining to his eight-year-old son how and why same-sex couples have children of their own.

Siddiq admitted that it would even be hard to him to deal with if his son were to be sharing a classroom with a child of same-sex parents.

‘You want to send my son home to me and you want me to fucking lie to him about — because my son don’t understand — If we have two dogs outside that are both boy dogs there’s no puppy out there,’ Siddiq said.

Ali Siddiq, 48, has shared his frank views on gay people having children

Joe Rogan then suggested some ways the subject might be broached between Siddiq and his son.

‘If you have two guys and they have a kid you can say they adopted the kid, they’re married and they adopted a kid. You could say they hired a lady to have their kids,’ Rogan explained.

‘My son wants to know why in the f*** does two men live in a house together with a kid,’ Siddiq said. ‘You cannot explain to this boy!’

Rogan looked taken aback and wondered why the topic was such a difficult one. 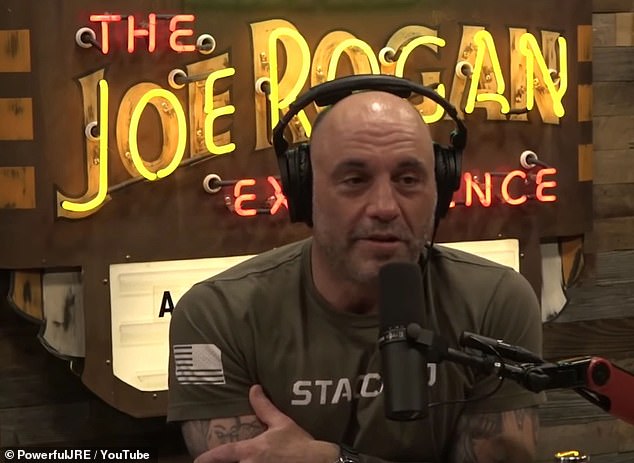 ‘You can’t explain gay people to him?’ he pressed.

‘Now I gotta explain that this is not how s*** goes,’ Saddiq retorted.

‘If I decide that women aren’t in the cards for me, that that’s not what I want, then I should forfeit the right to try to have a f***ing kid too. Cause you not doing the steps to make a kid,’ Siddiq explained.

‘So you think, if someone is gay, if they have a gay relationship — no kids?’ Rogan pressed.

Rogan pushed back asking about other options such as adoption but it only served to make Siddiq even more worked up. 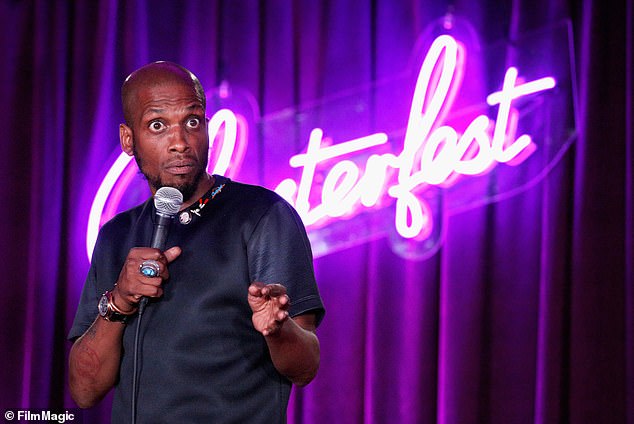 Siddiq stated that he would have difficulty explaining to his eight-year-old son how and why same-sex couples have children of their own. Siddiq is pictured in 2018 during a comedy show

‘They shouldn’t have kids. You’re not in the space for children… You want to put someone in a position to be f***ed up. It’s like getting a dog but not having no f***ing place for the dog to be.’

‘A kid who gets adopted by gay parents, you feel like, automatically they’re gonna get f***ed up?’ Rogan asked.

Rogan then drew on some personal experience of his own in which some neighbors in California paid for a surrogate to carry their baby.

Over a period of eight years, Rogan’s children would even play with the neighbors kids. ‘He seemed OK to me,’ Rogan said bluntly.

Siddiq stayed silent but the stunned look on his face said it all. 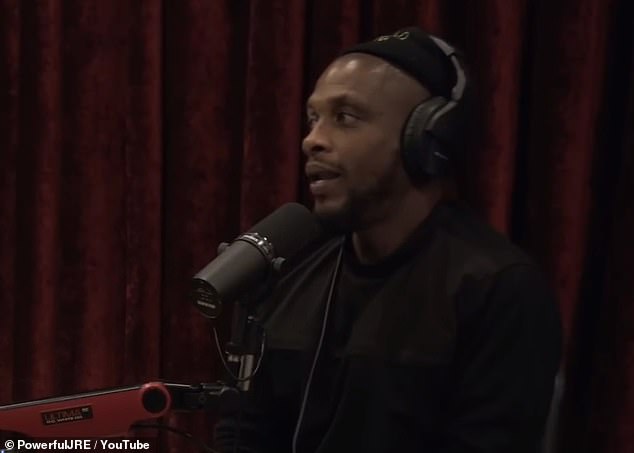 After Rogan shared a story of how he lived next door to surrogate parents, Siqqiq did not look impressed