Comedian Colin Quinn reveals that he had a heart attack

Comic Colin Quinn is recovering from a heart attack he suffered last week.

The veteran comedian, 58, took to Twitter to reveal his health woes and share his thoughts in the wake of the life-changing health crisis.

Quinn, who appeared on Saturday Night Live from 1995 thru 2000, shared the story of his health struggle in a series of tweets over the past five days.

On the mend: Colin Quinn, 58, took to Twitter to reveal his health woes and share his thoughts in the wake of the life-changing health crisis

‘My heart broke on Valentines Day. Literally. I am currently doing well although if I dropped dead you would see a funeral like al Capone!’ he wrote February 14. ‘I guess this heart attack has really made me reflect. You know, we aren’t guaranteed tomorrow, or u really think about it.’

Quinn, who’s been seen on shows such as Girls, Sandy Wexler and Inside Amy Schumer, as well as Schumer’s 2015 movie Trainwreck, sent another set of tweets Monday following the days since his heart attack.

‘Thanks for all the kind words and support,’ he wrote, adding he was ‘starting a list of those who didn’t “check in” yet.

‘Guarantee they’ll regret the day they didn’t wish me well on the road to recovery,’ he said. 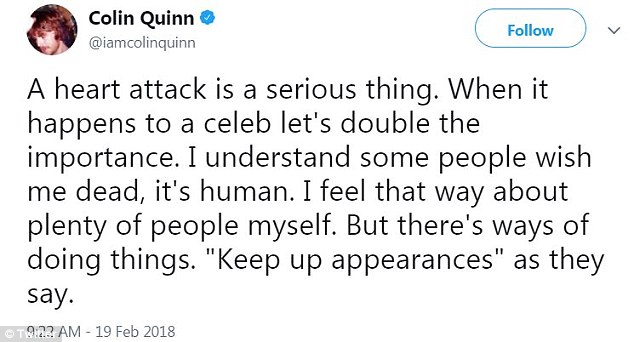 Silver lining: The funnyman addressed his health crisis with his trademark sense of humor

Quinn continued in a joking manner, alluding to those who have seemingly remained silent amid his health struggle.

‘A heart attack is a serious thing. When it happens to a celeb let’s double the importance,’ he wrote. ‘I understand some people wish me dead, it’s human. I feel that way about plenty of people myself.

‘But there’s ways of doing things. “Keep up appearances” as they say. 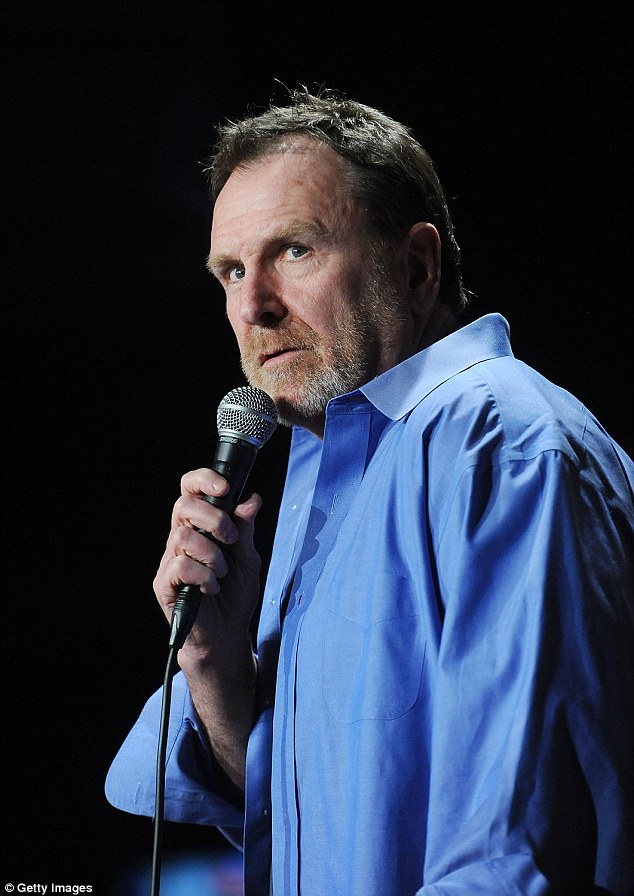 On the stage: The veteran funnyman was snapped performing in New Jersey last year 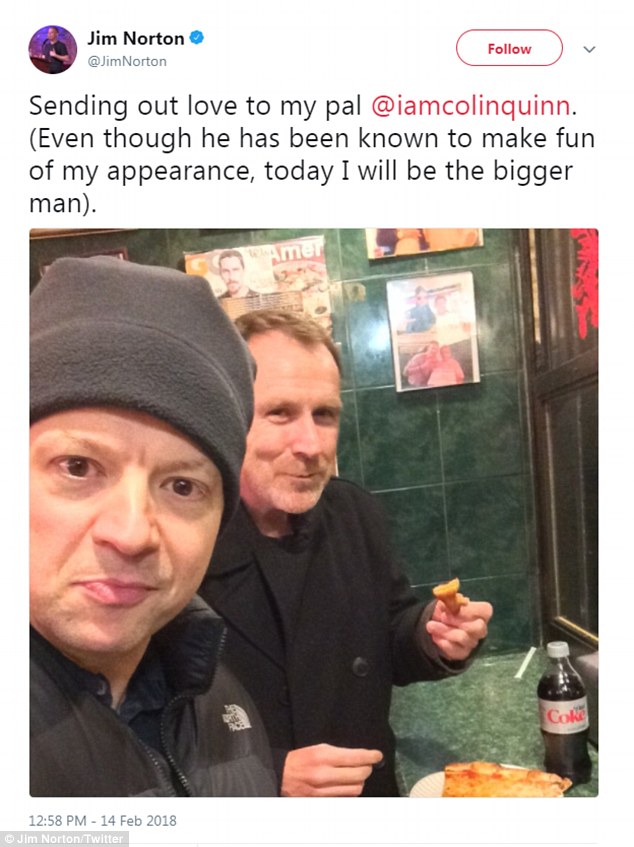 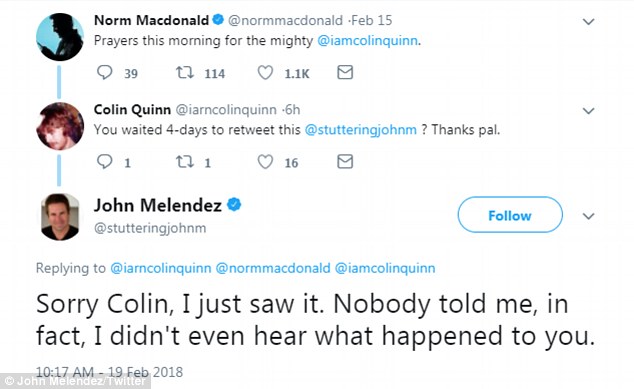 Feedback: Quinn’s comedy colleagues Norm Macdonald, ‘Stuttering’ John Melendez and Jim Norton were among those to reach out to the performer via Twitter

He revealed his gratitude toward medical workers at Manhattan’s Mount Sinai Hospital, joking that ‘They saved a great man’s life.

‘They realized they had a precious jewel of comedy in their hands and they responded like a 47th st Hasidic appraiser with a mamezitser,’ he said.

Quinn’s comedic colleagues Norm Macdonald, ‘Stuttering’ John Melendez and Jim Norton were among those to send well-wishes to the performer via Twitter.

‘Prayers this morning for the mighty @iamcolinquinn,’ Norm wrote, while Norton posted a picture of the pair posed together with a heartfelt message.

‘Sending out love to my pal @iamcolinquinn. (Even though he has been known to make fun of my appearance, today I will be the bigger man).’