Comedian Jeff Ross has been roasting people on Instagram Live – including one fan fighting the coronavirus on a ventilator – to bring smiles amid the pandemic.

For the past several weeks, Ross has taken to Instagram Live to host ‘Insta-Roast’ sessions with fans across the world.

This included one fan who was said he was battling COVID-19 and was on a ventilator.

Ross, 54, teased the man during a late April Insta-roast that was for people with ‘thick skin only.’

‘I feel like you got coronavirus just for the free meals in the hospital,’ Ross says as the fan laughs.

The moment resonated with others and many appreciated a dash of comedy amid changing lockdown orders and fears over public health.

‘Jeff Ross roasting a guy with corona virus,’ one man wrote on Twitter. ‘There is beauty in tragedy. Told him he loved him before hanging up, so sweet.’

Others agreed, including one man who said: ‘Jeff Ross is good people! It would be an honor to get roasted by the roast master.’

Ross responded and urged his followers to help him find the sick fan so he could come back for another Insta-Roast.

Ross (top): ‘I feel like you got coronavirus just for the free meals in the hospital’

Hawkaholic12: ‘Jeff Ross is good people! It would be an honor to get roasted by the roast master’

Fans praised Ross for starting some laughter amid the coronavirus pandemic

‘Was hard to hear thru ventilator but I think his name is Doug or Dave,’ wrote Ross.

‘Help me find him so we can send more positive energy his way on the next.’

Jeff continued the Insta-Roasts on Saturday with a special commencement roast where he poked fun at his graduating fans.

‘Wow,’ he said  to a couple on Saturday, ‘this is the worst episode of 90-day fiance I’ve ever seen.’

According to Ross, the response from viewers has been overwhelmingly positive.

‘Everyone was sending love in the comments . . . It was beautiful. ‘This is a very painful time,’ he told Page Six.

Ross added that he’s partnered with Marijuana­Doctors.com, which has donated to the First Responders Children’s Foundation’s COVID-19 Emergency Response Fund.

He admitted in an interview with TooFab that while several industries stumbled through the pandemic, comedy has flourished. 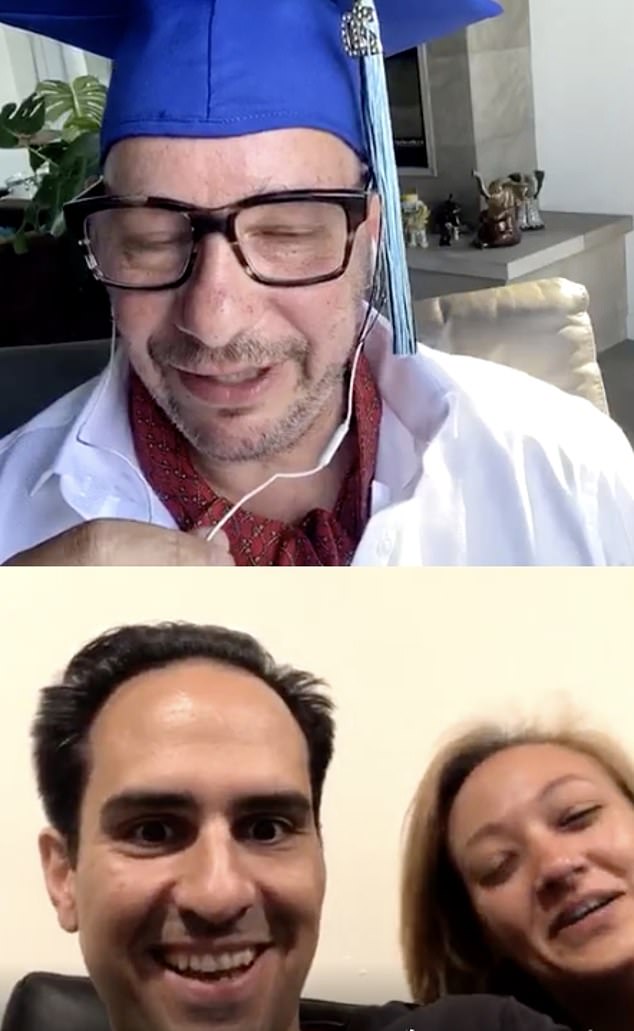 ‘Somehow, as sad as the pandemic is – it’s great for comedy,’ he said.

‘It’s the old cliche: laughter is the best medicine. And when the whole world is having a pandemic, they really look for laughs.’

The Insta-Roasts began after his friend, Vegas showman Jeff Beacher, ‘nagged’ him to start roasting people on Instagram.

The first session was just a 15-minute experiment, but that soon ‘became a movement.’

Ross’ Insta-Roast sessions have even attracted a host of celebrities, including The Rock, Sara Silverman and Paris Hilton, to the comment section to share some good-natured jabs.

‘We’ve all heard laughter is the best medicine; you would never want your medicine watered down,’ said Ross.

‘You want your medicine potent. And roasting goes to the gut. Roasting like a pat on the back and a kick in the ass.’ 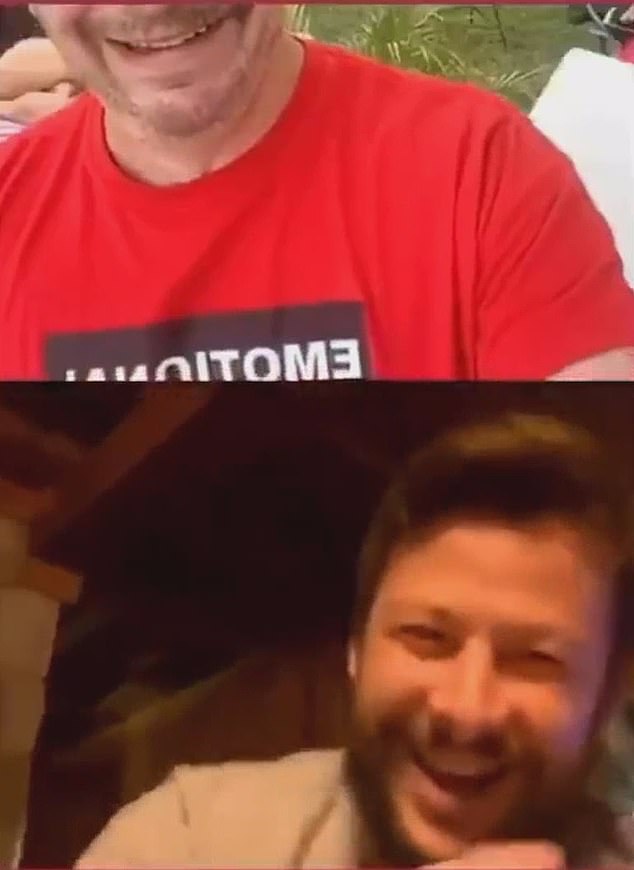 The Insta-Roast sessions began as an experiment, but quickly became a ‘movement’ among fans 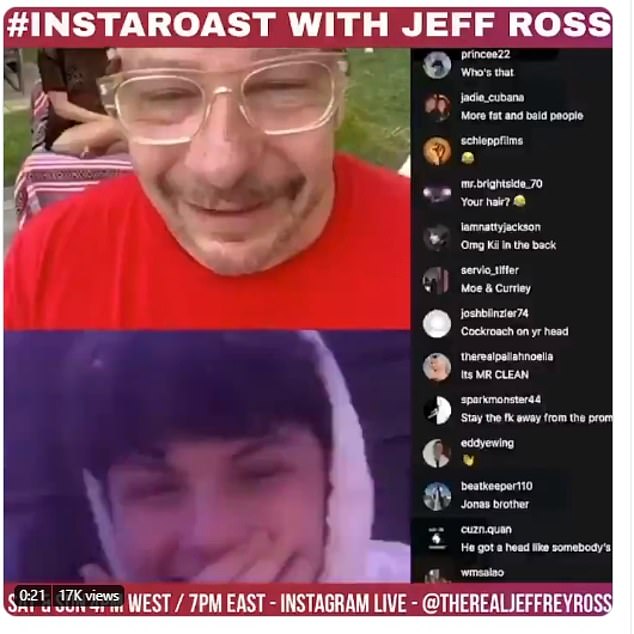 Ross (top), pictured with a fan: ‘That’s why people are getting emotional. That’s why thousands of people are requesting roasts, or roasting in the comments, or just watching – because it truly is healing’

‘That’s why people are getting emotional. That’s why thousands of people are requesting roasts, or roasting in the comments, or just watching – because it truly is healing.’

For his part, Ross is content with doing his part to help others during all the uncertainty.

‘I can really only speak for myself when I say that I am fighting the war against COVID-19 the same way our president fought the war against Vietnam – safely sheltered at home’ he said.

The Insta-Roast, produced by Beacher and Talent Resources, can be seen every Saturday and Sunday starting at 5pm PST.