The daughter of Commons Deputy Speaker Lindsay Hoyle was found hanged in her bedroom, an inquest heard today.

An ambulance was called and the police were also sent to the property in Beeches but the 28-year-old couldn’t be saved.

Her inquest opened today and confirmed her death was not being treated as suspicious.

Coroner Caroline Beasley-Murray said her body has not been released so further tests including toxicology. There will be a further hearing on January 8.

Her father Lindsay has found hundreds of messages from MPs ‘a great support’ after the death of his daughter, one of his fellow Deputy Speakers has said. 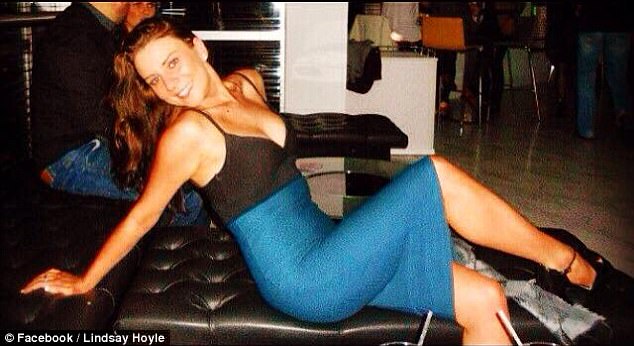 Eleanor Laing relayed the message to MPs from Labour’s Mr Hoyle at what she described as ‘this very sad and tragic time for him’.

Over the weekend Chorley MP Mr Hoyle said he was ‘truly devastated’ by the death of his daughter Natalie, 28, who was found dead at her home in Essex on Friday. 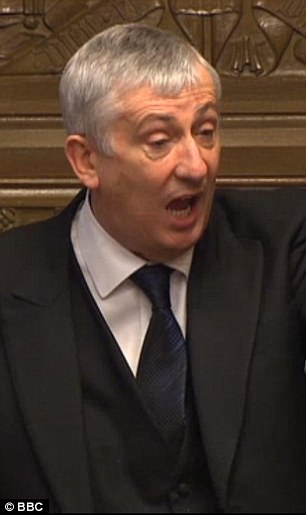 Lindsay Hoyle, Labour MP for Chorley (pictured in the House of Commons), tweeted: ‘I am truly devastated by the death of our beautiful daughter Natalie’

A large number of MPs have sent best wishes to Mr Hoyle throughout the week in the Commons, the latest of which was Labour’s Lyn Brown (West Ham).

Speaking in the penultimate debate before MPs break for Christmas, Ms Laing said: ‘I’d just like to say, following what the honourable lady has just said, that the chairman of ways and means is very grateful for all of the messages that he has received.

‘Hundreds of members have sent him very kind messages, and he has found that a great support at this very sad and tragic time for him.

‘I will pass on to him once again the good wishes of the whole House.’

Mr Hoyle, Labour MP for Chorley in Lancashire, said his family will never be the same without his 28-year-old daughter NatalieLewis-Hoyle.

Miss Lewis-Hoyle’s body was found on Friday morning at the home she shares with her mother Miriam Lewis.

Paramedics were dispatched to the house in Heybridge, Essex, at 6.45am but were unable to revive her. Police said she died at the scene and are not treating her death as suspicious.

Mr Hoyle, 60, wrote on Twitter: ‘I am truly devastated by the death of our beautiful daughter Natalie.

‘Our family will never be the same without our loving granddaughter, sister and aunty. Thank you for the kind support we’ve received, it is overwhelming.’

Her mother, a Conservative councillor on Malden District Council, appealed for anyone who had been in contact with her daughter on the night before she died to get in touch with Essex Police.

Miss Lewis wrote on Facebook: ‘It is with unbearable sadness that I have to announce the sudden death of my beautiful, much adored daughter Natalie.

‘Natalie is my only child – my mini-me. Please help me find out what happened to her in the hours before her death.

‘If Natty contacted you by phone, text, [Facebook] messenger or any other means on Thursday evening, 14 December, between 8pm and midnight, please let me know. Any little scrap of information may be more relevant than you imagine.’ 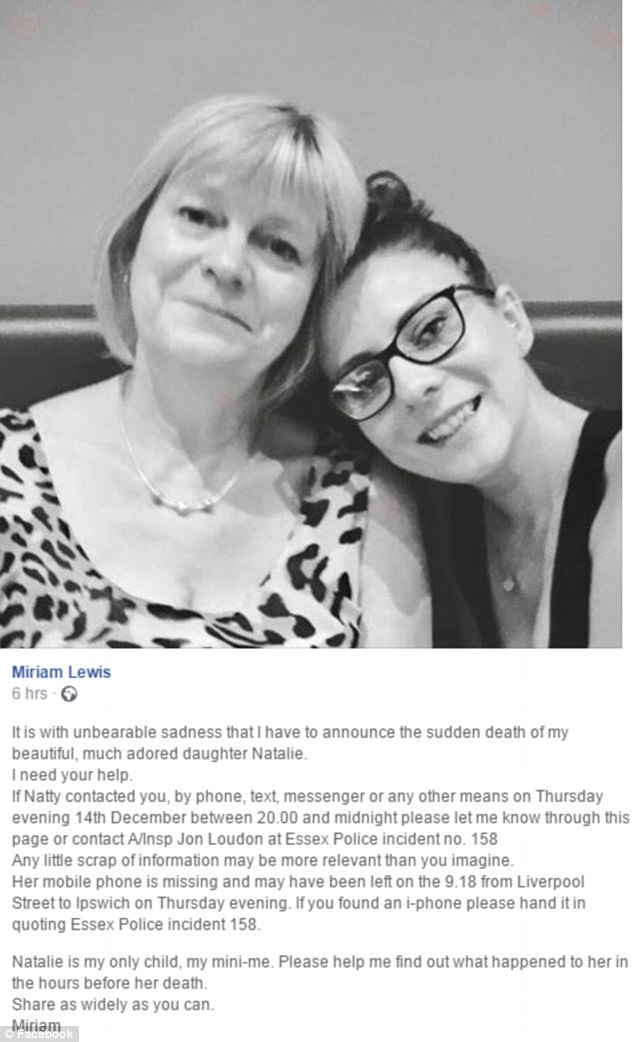 Natalie’s mother Miriam Lewis (pictured with her daughter), a Tory councillor, appealed for anyone who spoke to her on the night of her to death to contact police 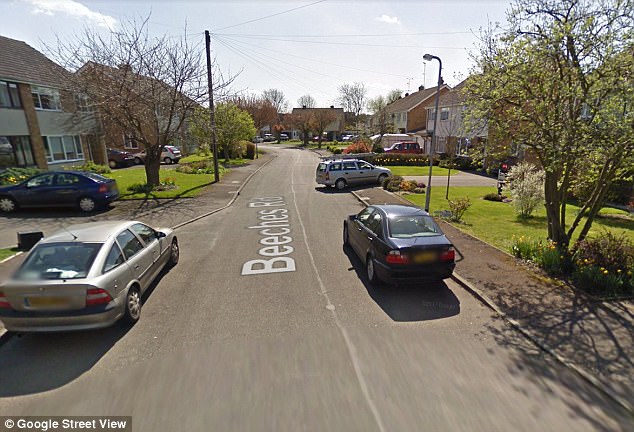 Natalie Lewis-Hoyle died at a house on the road (pictured) where she lives in Heybridge, Essex

Miss Lewis said her daughter’s mobile phone is missing and may have been left on the 9.18pm from Liverpool Street to Ipswich on Thursday.

Her daughter had worked for a number of construction and energy firms after leaving school.

She was most recently employed as a document controller for Berkeley Homes, according to her LinkedIn page.

Her grandfather is Eric Hoyle, a former Labour MP who was created a life peer in 1997 and is now Baron Hoyle of Warrington.

Miss Lewis-Hoyle was also a councillor for Heybridge Parish Council.

Councillor Richard Perry said she ‘was a great councillor, fun to be with and a good mate.’

MPs have been offering their support to Miss Lewis-Hoyle’s family.

Angela Rayner, Labour MP for Ashton-under-Lyne, said: ‘So sorry to hear the sad news of the death of Natalie, sending you and the family our deepest condolences.’

Anna Turley, Labour MP for Redcar said: ‘Oh Lindsay I’m so so sorry. Sending you all the love in the world.’ 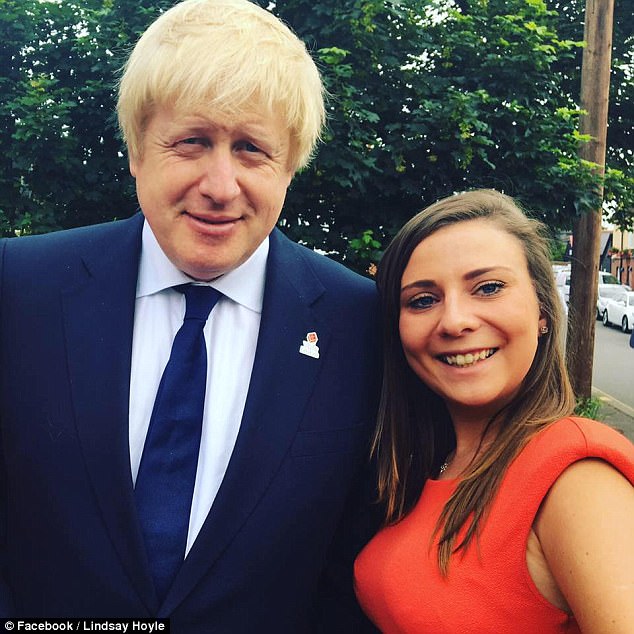 Natalie Lewis-Hoyle was found dead at a house on the road where she lives in Heybridge, Essex. She is pictured with Boris Johnson on the Leave campaign trail before the EU referendum

James Frith, Labour MP for Bury North, added: ‘This is desperately sad news to hear Lindsay. Love and prayers to you all. And our deepest sympathies.’

Mr Hoyle has been MP for Chorley since 1997 and deputy speaker since 2000.

A spokesman for Essex Police said: ‘Officers were contacted by the ambulance service shortly after 6.45am on Friday, December 15, with reports that a 28-year-old woman had been found unconscious at an address in the Beeches Road area of Heybridge. Sadly she died at the scene.

‘Her death is not being treated as suspicious and a file will be prepared for the coroner.’