Australia’s official interest rate is forecast to skyrocket to two per cent within a year – TWENTY TIMES what it is right now… so how much will it add to YOUR mortgage?


Experts are warning Australia’s official interest rate could soar above two per cent within a year due to skyrocketing inflation.

An economist at the Commonwealth Bank, the nation’s biggest lender, has forecast the Reserve Bank will be forced to increase interest rates as early as June – just days after the Federal election is due.

The move, which would see the current official cash rate of 0.1 per cent jump twenty fold, does not necessarily mean banks will raise their interest rates on mortgage holders – although they likely will.

If passed on by the banks, a one per cent interest rate rise could cost home owners hundreds of dollars a month to an average new mortgage.

For a $500,000 loan on a standard variable rate, a 1 per cent rate rise would jack up monthly mortgage repayments by about $275.

At a 2 per cent increase, borrowers would be paying an additional $560 in repayments a month.

Gareth Aird, the Commonwealth Bank’s head of Australian economics, predicted the official rate would start climbing in June with a 15-basis point increase.

He said it would likely be at 1 per cent by the end of the year and would hit 1.25 per cent early next year – which could see the average variable mortgage rate hike to 4.5 per cent.

The RBA dropped the official cash rate to just 0.1 per cent during the pandemic to soften the impacts of the Covid-induced recession.

Mr Aird said at least one million homes have been purchased since, with those buyers yet to experience an interest rate increase.

There will also be many borrowers whose locked-in fixed rates will expire over the next two years. 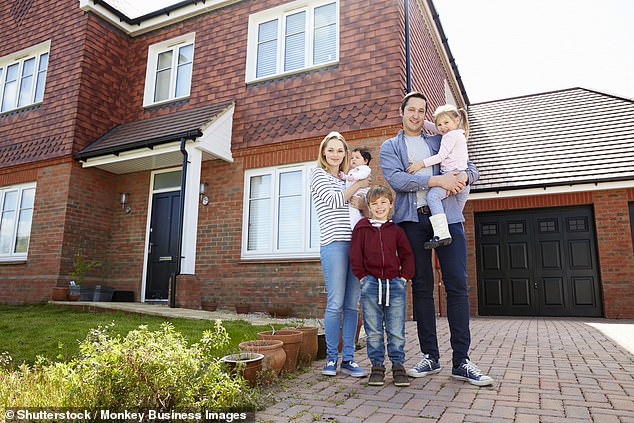 The move could put pressure on home buyers, who will be force to pay higher mortgage repayments should banks follow suit

He estimated there are about $500 billion worth of fixed rates that will be affected when they are due to change rates.

The dire prediction comes as amid growing concerns about cost-of-living ahead of the federal election due by May.

AMP chief economist Shane Oliver says the interest rate will likely peak between 1.5 per cent and 2 per cent over the next 24 months.

‘This would add a similar amount to variable mortgage rates,’ Dr Oliver said.

‘It will take household debt interest payments relative to income back to around 2018 levels.’ 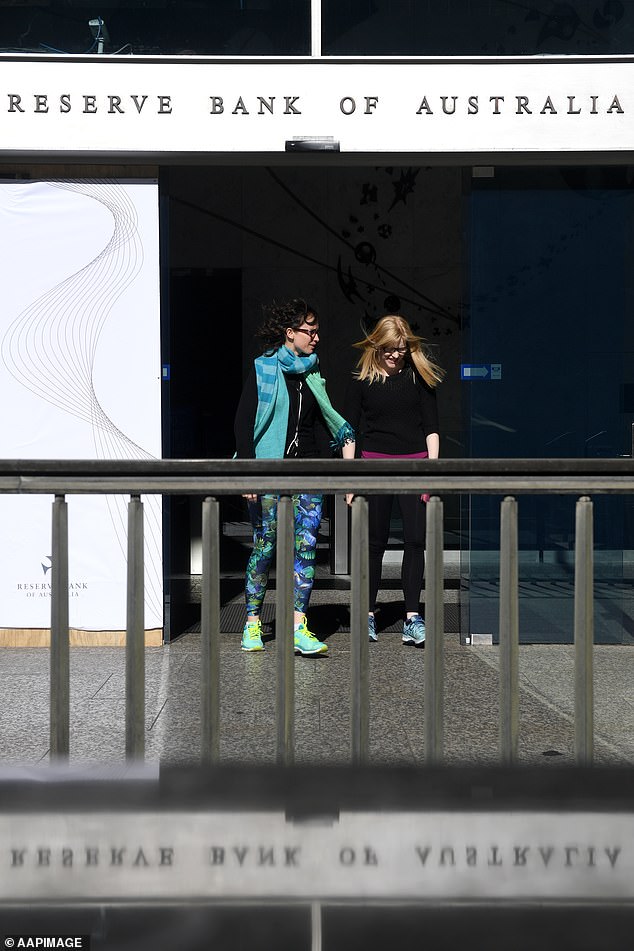 He predicted the RBA would increase the cash rate in August, but says it could occur three months earlier as solid employment and wage growth drives inflation, which currently sits at 3.5 per cent.

The rise of inflation has become an issue for the federal government, which has been considering offering a tax cut to low and middle-income earners ahead of the election.

However, the measure could fuel a higher rise in inflation – which could spark the RBA to move faster on its official cash rate increase.

Scott Morrison has said inflation is linked to pressures of the state budget, which has predicted a $84.5 billion deficit for the 2022-23 period.

‘I am addressing what the pressures on inflation are in this country. And that goes to the cost of living. An important way to ensure that we can control those inflationary pressures is the financial management of the government,’ he said.