Commuter to send in bailiffs to collect compensation from operator

A disgruntled commuter sick of ‘continually delayed’ trains has won a legal battle to send in the bailiffs to collect £350 in compensation from his rail operator.

Seph Pochin took action against Greater Anglia because of the ‘woeful’ service between his home in Halesworth and Ipswich in Suffolk.

Mr Pochin spent an extra 28 hours commuting because he suffered 183 delays on 550 journeys between February 2017 and February 2018.

And he has now won a legal battle with the company in the small claims court after it failed to pay him £350 compensation.

In a move that will no doubt be cheered on by many long suffering commuters, a warrant has been issued for bailiffs to seize Greater Anglia property worth this amount unless it pays up.

Mr Pochin, an ecologist at Suffolk County Council who moved to Halesworth in Suffolk a year ago, said he had considered moving to Ipswich to avoid delays.

He said these have added up to almost 28 hours over 12 months, with 183 delays out of 550 journeys between February last year and February this year.

According to his figures, most of the trains were between one and ten minutes.

But 26 journeys were delayed by more than 15 minutes.

Mr Pochin said a 100 minute delay last August was the last straw, and finally spurred him into action after months of complaining to Greater Anglia about its service.

He paid £35 to lodge a case in the small claims court under the Consumer Rights Act 2016 to ‘highlight the regular deficiencies with the service’. 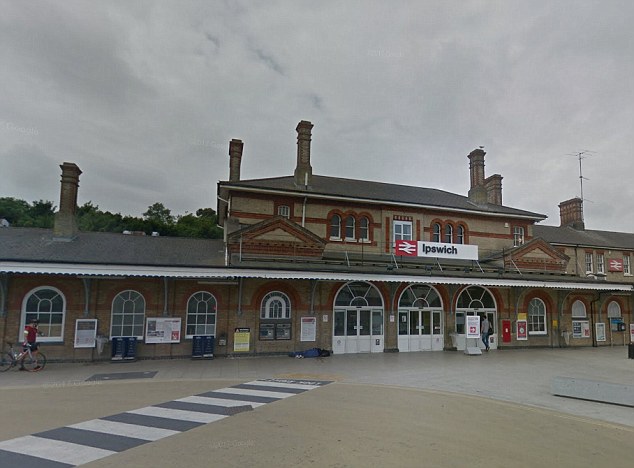 Greater Anglia agreed to engage in talks to resolve the matter but failed to provide dates to meet.

The operator, which has around 190,000 passengers a day, was ordered to pay £350 compensation after Mr Pochin applied for a judgement ruling which he won in December.

How to claim for your delays on the railways

If your train is delayed and you have to travel you may be entitled to compensation.

The amount of compensation you can claim will depend on which operators you are travelling with.

But as a minimum, if you are one hour late at your destination, you are entitled to:

If you have a delay contact the train company directly and quote the Consumer Rights Act.

If the company refuses your claim you can try to escalate it to an industry watchdog, such as Transport Focus;

If your claim’s still turned down, your only option is going small claims court;

After the rail operator failed to pay up, Mr Pochin paid £77 for a warrant to be served to seize assets worth £350.

This warrant has now been issued, meaning Greater Anglia will have to pay up or face bailiffs.

Consumer campaigners described Mr Pochin’s case as a damning indictment of how difficult it can be to extract compensation from rail operators.

Rail operators are meant to compensate passengers if their train is delayed by more than half an hour.

The government wants all operators to sign up to tougher rules making them pay up if a train is fifteen minutes late.

But critics complain that the compensation system is still heavily weighted in favour of the rail companies, as the process is too difficult and time consuming for passengers.

Steve Chambers, public transport campaigner at Campaign for Better Transport, said: ‘This case shows that the compensation system isn’t working. We want to see automatic 15 minute delay repay across the network, automatic compensation for season ticket holders, on-board announcements when compensation is due and the ability to claim online. Ultimately though, passengers just want a train that arrives on time.’

Greater Anglia said less than a quarter – 23 per cent- of delays were ‘directly attributable to Greater Anglia due to incidents such as train faults’.

A spokesperson said that the lines that Mr Pochin travels on were being upgraded with £68 million of engineering works to make the service more reliable.

The operator said almost ninety per cent of its trains run ‘on time’ – meaning they arrive at their final destination less than five minutes behind schedule.

A spokesperson said the firm has not received a warrant, adding: ‘We are unable to comment about Seph Pochin’s legal case as legal proceedings are still ongoing.’

Greater Anglia apologised last month after cancelling hundreds of trains in one day in preparation for heavy snowfall that never arrived.

Network Rail, which issued the advice, said it had relied on weather forecasts related to the ‘Beast in the East’ that were wrong.

Many commuters across Norfolk, Suffolk and Essex complained they had been stranded unnecessarily.