The company behind the Co-Op Bookshop and Australian Geographic has gone into voluntary administration.

Chairman Joe Merhi said the combination of weak sales leading up to Christmas season and a drop in 40 per cent of ‘over the counter’ text book sales left the board with no choice.

The company owes $15million to suppliers and has 180 staff members across 63 stores, according to The Sydney Morning Herald.

One major concern is the $500,000 paid to a supplier controlled by Co-Op CEO Thorsten Wichtendah for goods not yet supplied, according to the publication.

The publication revealed last week several suppliers were worried about six-figure debts that hadn’t been paid.

One of the administrators from Price Waterhouse Coopers, Phil Carter, said in a statement: ‘The Co-op Bookshop has been a successful and integral part of university life for generations of Australians, and Curious Planet is a well-loved educational and scientific store.

‘We intend to keep all Co-op Bookshop and Curious Planet stores operating on a business as usual basis while we seek interested parties for the sale of the business on a going concern basis.’

He said there is a hope the business could still be sold.

‘We are currently undertaking an urgent review of the business in order to stabilise its relationships with key stakeholders and ensure that the store network enjoys a successful Christmas trading period.’ 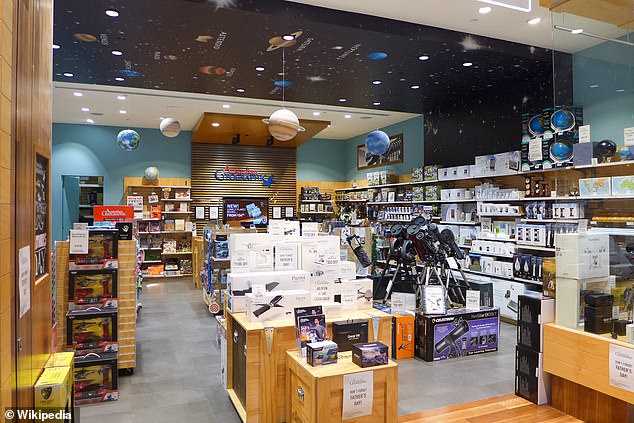 Emeritus Professor Diane Yerbury AO, a director of the Co-op, said he is proud to have been associated with the company and it was a ‘difficult but necessary decision’ to make.

The University Co-Operative Bookshop Limited was founded in 1958 and has 34 stores on university campuses.