Competition reveals the most creative parking in the UK

The driver of this brightly-coloured Mini got so frustrated looking for a parking space they plonked it on a roundabout.

The photo of the Mini was submitted to a competition to find the ‘most creative’ bit of parking in the UK by car dealership Peter Vardy – and scooped the top prize this week.

Other photos submitted included a tiny mobility scooter parked up in a space designed for a car – with the owner parking it ‘exactly’ within the borders of the blue markings of a disabled bay.

Another driver ended up parking in a trolley shed at a supermarket after struggling to find a space.

The second prize went to the photographer of a mobility scooter.

The owner of the scooter took time to park their scooter exactly within the borders of the blue markings of a disabled bay in Lanarkshire, Scotland. 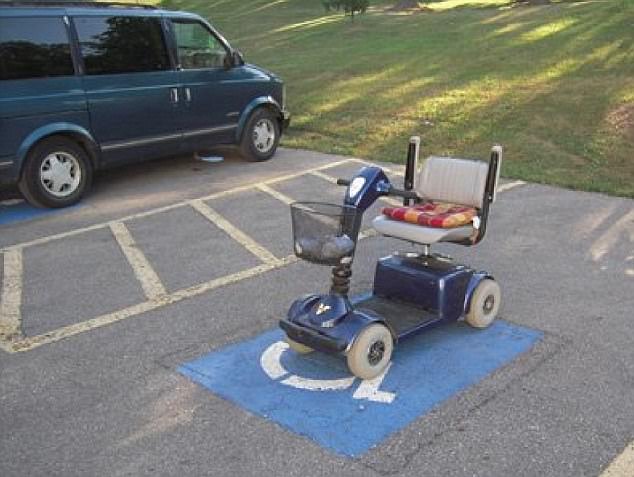 Second prize went to a mobility scooter took time to park their scooter exactly within the borders of the blue markings of a disabled bay in Lanarkshire, Scotland

It was just cars and mobility scooters scooping the top prizes.

The bronze award was given to someone who captured a tractor driver who managed to wedge their farm vehicle over two spaces in a council car park in Harrogate, North Yorkshire.

The green and yellow vehicle appeared to have been paralleled parked in a tight gap next to a building and fence. 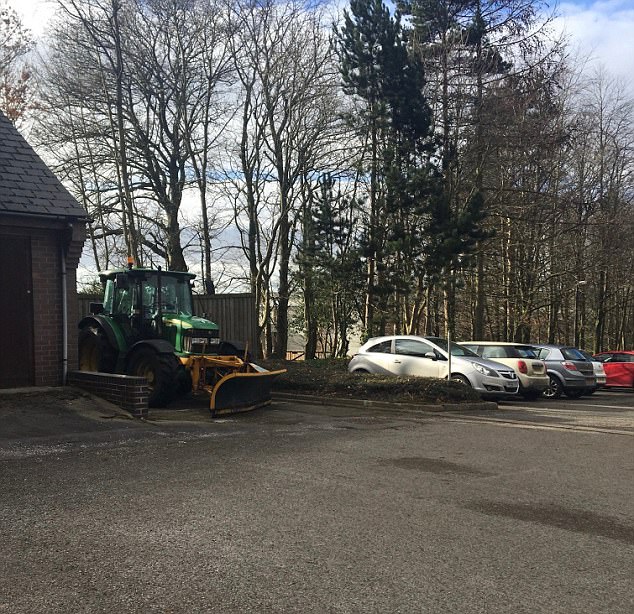 A tractor driver managed to wedge their farm vehicle over two spaces in a council car park in Harrogate, North Yorkshire

The fourth ‘most creative’ parking prize went to the driver of a silver Kia in Lancashire.

This driver didn’t only block others on the road, but also those just trying to get a trolley and go shopping.

Dubbed ‘off his trolley’ the driver was snapped trying to park in a trolley shed at a supermarket car park in Blackpool. 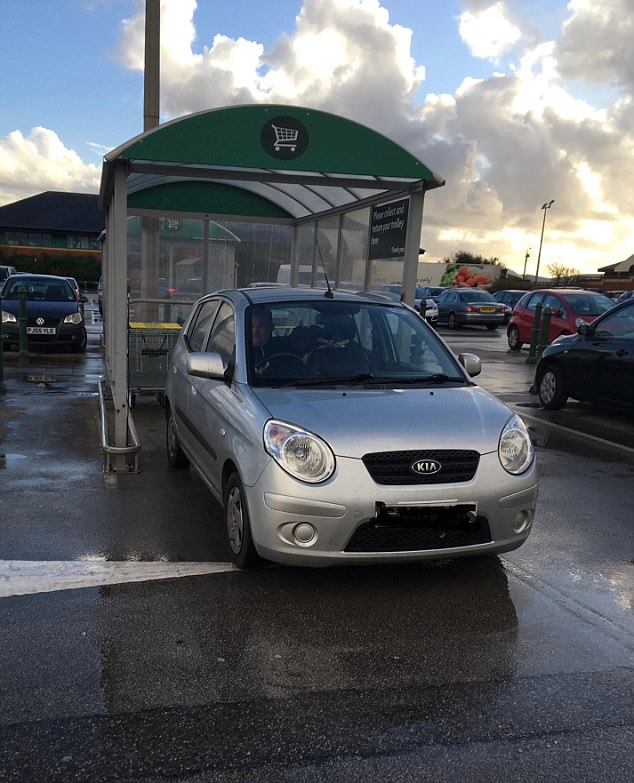 Off his trolley: Driver snapped trying to park in a trolley shed at a supermarket car park in Blackpool

Fifth place went to a ‘very smart’ driver who wedged their car in a tiny space in a parking bay that was already being used by a 4×4 driver.

The Smart car owner parked up boot-to-nose in front of of a giant 4×4 after spotting ‘perfect-sized’ space in London. 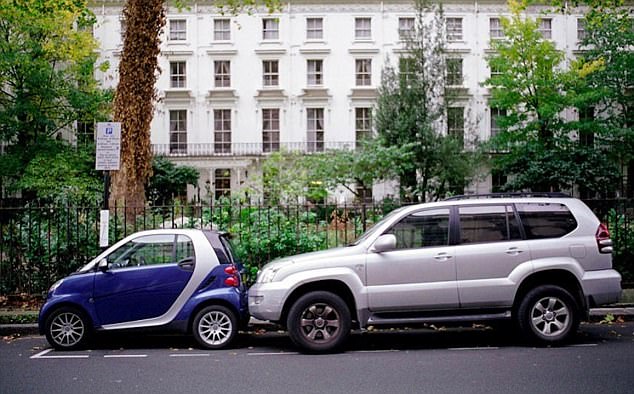 Very Smart: Smart car owner parks up boot-to-nose in front of of a giant 4×4 after spotting ‘perfect-sized’ space in London

A poll of 500 drivers by Peter Vardy also found that a quarter of Brits admitted to ‘creative parking’ after struggling to find a parking spot – with one-in-10 even regularly struggling to park their car on the road they live on.

The study found that Nottingham was the city hardest to park in, closely followed by Edinburgh, Sheffield, Newcastle, Cardiff and Bristol.

The easiest place to find a parking spot was found to be Belfast, followed by Manchester, Leeds, Birmingham and Glasgow. 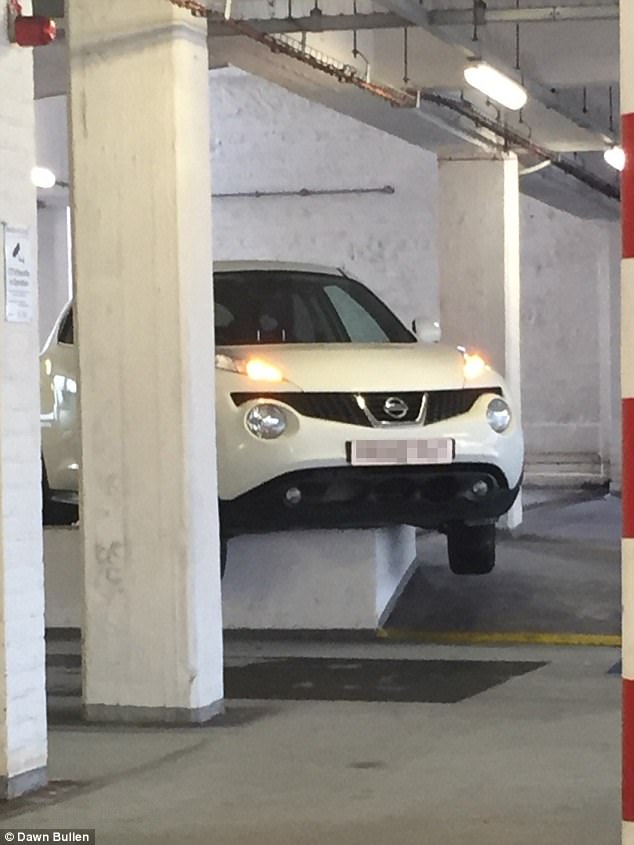 The most ‘creative parkers’ were from Edinburgh, with 78 per cent polled saying they often parked in ‘odd places’, followed by Sheffield locals, with 31 per cent and Southampton, with 30 per cent.

Hamish Livingston, of Peter Vardy, said: ‘A lot of places in the UK are quite historic, so it’s feasible that a lot of the city centres have limited space as often they’ve been designed back when there weren’t many (or any) cars on the road.

‘Locations that have introduced means to reduce congestion have also had the effect of freeing up some car park spaces, but people are still claiming they need to create their own spaces due to lack of availability.

‘Our competition gained some interesting entries…proof that it is an issue many of us face in daily driving life’.