The UK’s competition regulator is set to launch a study into the music streaming industry, amid concerns about the dominance of the major providers, their treatment of musicians and their cosy relationships with major labels.

The Competition and Markets Authority said it is developing the scope of the study, which will determine whether ‘action needs to be taken’ to ‘ensure that this sector is competitive, thriving and works in the interests of music lovers’.

It follows a Department for Culture, Media and Sport Select Committee report, published in July, which identified a series of concerns within the streaming market.

The dominance of streaming services likes Spotify is under scrutiny

Among these concerns was the market dominance of the major music groups and the potential for contractual agreements between them and streaming services, which could stifle innovation in the streaming market.

The report found the streaming market was resulting in low remuneration to musicians and performers, and diminishing the UK’s ability to support new domestic talent.

A separate report from UK Music, published this week, found 69,000 jobs were lost in the UK music industry as a result of the coronavirus pandemic.

At a devastating time for the country’s music industry, the government’s DCMS report questioned whether the dominance of the largest labels, together with their equity stakes in streaming services like Spotify, is ‘distorting competition in the recorded music market’.

It raised concerns that this was leading to unfair outcomes for other players, including creators, performers and independent labels.

Streaming now accounts for 85 per cent of UK music consumption, according to the British Phonographic industry.

In the wake of the report, Minister of State for Digital and Culture Caroline Dinenage MP told the CMA: ‘The Government’s view is that transparency and fairness in the global streaming environment are key. It wants to encourage innovation in the market, to help foster diversity of music genres and consumer choice, and is acutely aware of the pressures on music creators. 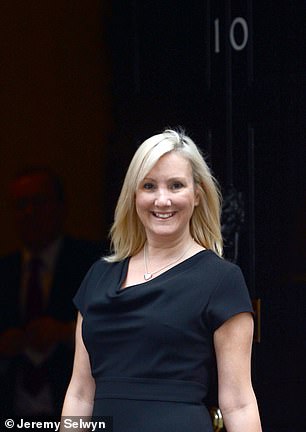 Minister of State for Digital and Culture Caroline Dinenage

‘However, this is a complex area, so it is vitally important that any action by the Government be led by robust evidence.’

The CMA is empowered to intervene where it deems necessary by making recommendations to the Government to change rules, encouraging businesses to self-regulate, or taking consumer or competition law enforcement action against firms.

Chief executive of the CMA Andrea Coscelli said: ‘The UK has a love affair with music and is home to many of the world’s most popular artists. We want to do everything we can to ensure that this sector is competitive, thriving and works in the interests of music lovers.

‘Over the past decade, the music industry has evolved almost beyond recognition, with streaming now accounting for more than 80 per cent of all music listened to in this country.

‘A market study will help us to understand these radical changes and build a view as to whether competition in this sector is working well or whether further action needs to be taken.’