Queensland Premier Annastacia Palaszczuk has been slammed for laughing after being asked when her struggling state would review its border closures.

The Labor leader was asked at the weekend when Queensland reopen its border, prompting Ms Palaszczuk to laugh and say the end of the month.

When a reporter noted June 30 was just days away, she laughed again and said: ‘Correct, yes, it will be the end of the month’.

Her comments infuriated Australians who accused her of making light of the border closures, which is costing the state’s economy an estimated $16.7million every day.

Her comments come as the state recorded no new cases of the coronavirus on Monday or over the weekend, while just two cases are still active (pictured: a car stopped at Tomewin, on the border of New South Wales and Queensland)

Liberal National Party frontbencher Jarrod Bleijie said he was unimpressed with the Labor premier’s reaction to the reporter’s genuine question.

‘Annastacia Palaszczuk laughing and making jokes about the Queensland border remaining closed. I don’t see any businesses laughing Premier,’ he wrote on Twitter.

‘Out of her depth and not fit for the high office she holds.’

‘It really isn’t good enough for Queenslanders in business who are desperate to get back to some sort of normal, to hear nothing,’ he told reporters.

Shadow Tourism Minister David Crisafulli agreed, saying businesses were begging for the borders to reopen as they struggled to survive.

‘Businesses and staff in tourism, hospitality and retail are yearning for her to show leadership,’ Mr Crisafulli said.

‘My biggest fear is her lack of ticker will ensure the only decision she is capable of making will be not to make one.’

Furious Queensland residents took to Twitter to slam the premier about her light-hearted reaction.

‘That’s it Premier laugh about how people has lost their business and livelihoods, I hope you’re proud of yourself, looking forward to the Elections this year,’ one user wrote.

‘Bizarre… not a joke when residents livelihoods are at play,’ another tweeted.

‘Totally out of her depth. She loves the idea of running a nanny state,’ another said. 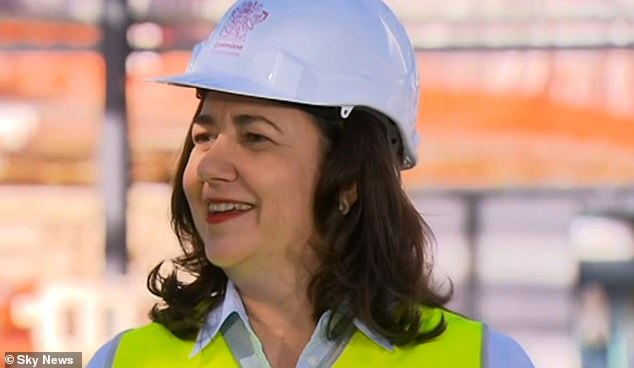 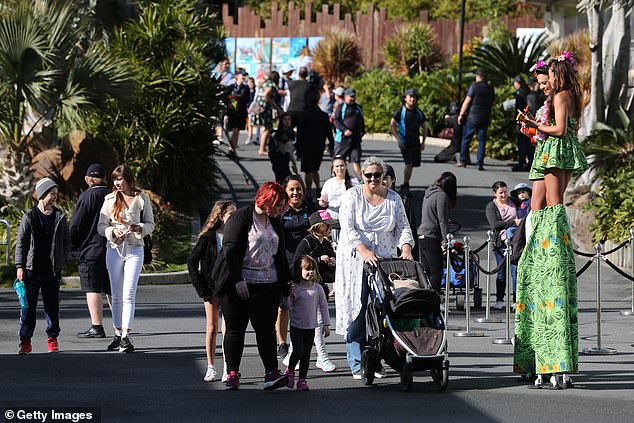 The government has come under fire for keeping the state’s borders closed, with the matter being taken to court but businesses are begging for more tourism (pictured: people entering Sea World over the weekend)

While consideration is being given to opening up Queensland faster, the spike in COVID-19 cases in Victoria is the ‘number one area of concern.

In Victoria COVID-19 cases have been steadily rising since last week, with 75 new cases confirmed on Monday.

The announcement about opening the border will be made on Tuesday after consideration of advice from the state’s chief health officer.

Her comments come as the state recorded no new cases of the coronavirus on Monday or over the weekend, while just two cases are still active.

A total of 1,067 cases have now been recorded in Queensland, with six people having died from the virus. 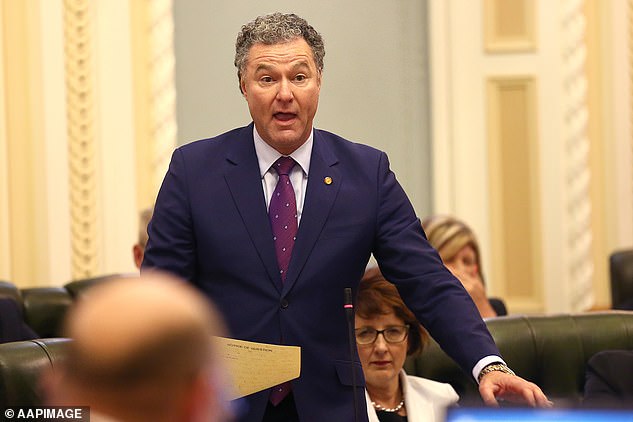 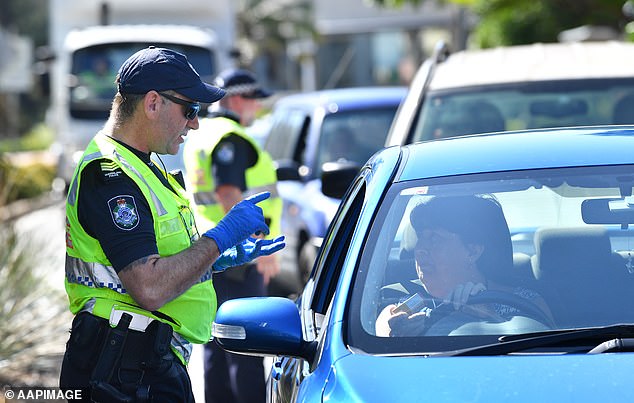 There are currently two active cases of COVID-19 in Queensland, according to health department statistics.

The case reported on Friday was a traveller returning from overseas.

Backpackers and travellers in the Wide Bay region will be targeted – after a fruit picker tested positive on June 6 – as well as pubs and clubs across the state.

Mr Ryan said police had recently found a number of people not complying with the quarantine orders.

‘Don’t think we’re not watching you,’ he warned.

‘You’re not just risking a fine, you are also risking the healthcare of your fellow Queenslanders and you’re risking all the hard work that Queenslanders have done to date in containing the coronavirus.’