An alleged con man who is accused of swindling millions of pounds out of tycoons including the Aga Khan using silicon masks to impersonate France’s foreign minister is facing trial and prison in Paris.

Gilbert Chikli, a 52-year-old father-of-six with Israeli and French nationality, was finally extradited from Tel Aviv after evading the authorities for four years.

He is said to have set up Skype calls with victims such as the Aga Khan – the British billionaire philanthropist who is one of the richest men in the world – while pretending to be France’s foreign minister, Jean-Yves Le Drian.

Gilbert Chikli, 52, is due to go on trial in Paris over claims he posed as French foreign minister Jean-Yves Le Drian to con money out of wealthy individuals 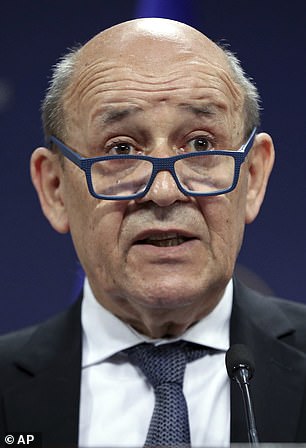 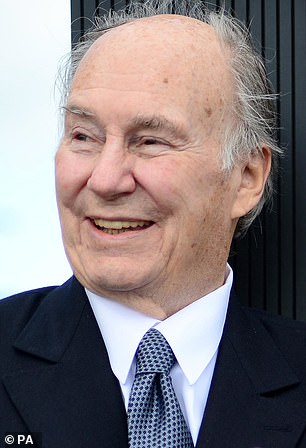 ‘Some eight million was taken from the Aga Khan alone,’ said an investigating source. ‘Most of the victims were told that cash was urgently needed to pay ransoms for prisoners being held by Islamic State.

While Chikli is now on remand and under lock and key in a prison in the Paris suburbs, there are fears that none of the money will be recovered.

Most of it is said to have been laundered through bank accounts in Poland, Slovakia and China.

Victims are said to have been promised a Legion of Honour – France’s highest civilian award – and even a private jet trip to the Elysee Palace in Paris as a ‘thank you’ for their generosity.

Prosecution files also suggest that ‘tax exemption for life’ was on offer, but there is no suggestion whatsoever that victims such as the Aga Khan were aware of this.

The 82-year-old Aga Khan IV – whose full name is Prince Shah Karim Al Hussaini – mainly lives on his Aiglemont estate, north of Paris. He has not commented on the Chikli case.

Chikli is currently on remand at the Villepinte prison, also north of Paris in Seine-Saint-Denis, following his successful extradition from Ukraine. 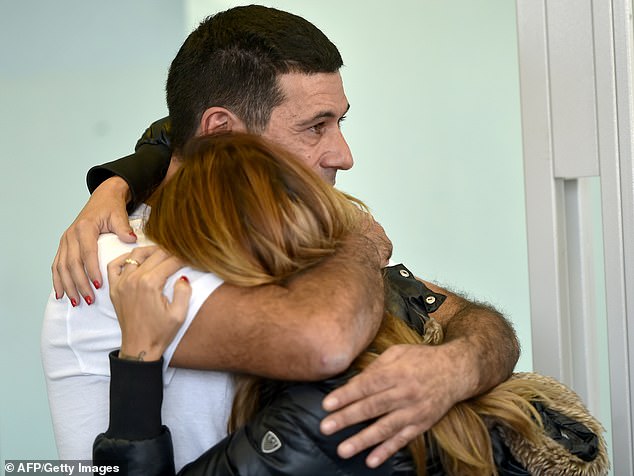 Chikli, who was sentenced to seven years in jail in his absence for a similar fraud in 2015, evaded justice for four years before being caught in Ukraine in 2017

Confiscated videos are said to show Chikli wearing a silicon mask of Mr Le Drian as he cons his victims into transferring cash.

The videos were filmed in a mocked-up Paris ministerial office, complete with Tricolour flag and portrait of the then president, Francois Hollande.

France does not officially pay ransoms for hostages, so the fake Mr Le Drian said all the money needed to be paid secretly.

It is also thought that other silicon masks were made of politicians including Mr Le Drian’s boss, President Emmanuel Macron.

Voice experts are said to have detected an accomplice called Anthony Lazarevitsch in the videos too.

In 2015 Chikli received a seven year sentence in his absence after being found guilty of stealing money from French companies using similar scams.

But he was living in Israel, which refuses to extradite its own nationals abroad. It was only when Chikli travelled to Ukraine in 2017 that he was finally arrested.

Chikli – who is Jewish – initially told police that he was on a pilgrimage to the tomb of a Rabbi, but detectives suspected he had arrived in Ukraine to buy a state-of-the-art silicon mask.

Following his arrest, there were further reports of fake Le Drians appearing in videos made in Israel, and in February three French-Israeli citizens were arrested in Tel Aviv.

Chikli’s lawyer, Jean-Marc Fedida, said the recordings by no means proved the involvement of either Chikli or Lazarevitsch,, who were likely to plead their innocence.

Identity theft is now one of the fastest growing forms of cybercrime, with international police forces doing everything possible to try and stop it.