Coffin Confessor Bill Edgar has delivered many messages that have made for uncomfortable funerals but his latest venture has seen only reactions of love and gratitude as well as earning him a seven-figure pay day.

Mr Edgar, whose unique job is interrupting funerals to deliver last messages from the departed that they couldn’t divulge while alive, has found another of his ‘afterlife’ services taking off.

‘I have been delivering gifts and flowers and alcohol from the deceased to their loved ones on anniversaries or birthdays,’ Mr Edgar told Daily Mail Australia.

‘It’s become a service because people just keep asking and requesting it.

‘The reaction is beautiful. They have all been really special, just heart-warming.’

Recently Mr Edgar delivered flowers and a card containing a gift certificate for an Airbnb getaway to a husband who had lost his wife six months ago.

‘They planned to go and have a week at an Airbnb and they just couldn’t get there because she had cancer,’ Mr Edgar said.

‘She paid everything for him to make the trip, the tours and the lot. 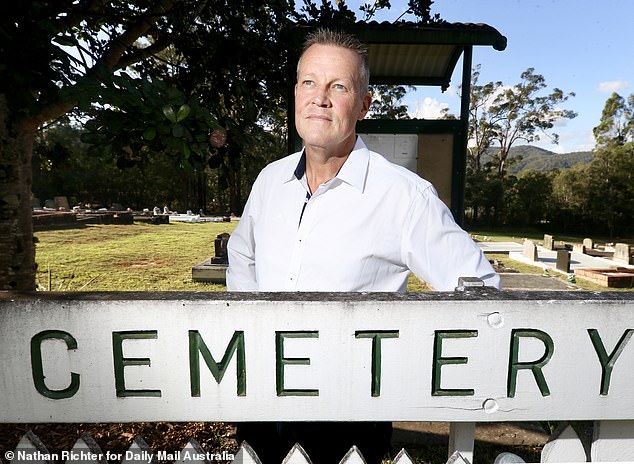 In return Mr Edgar received a lovely letter of appreciation.

‘To say I was surprised is an understatement, it was very unexpected but I know my wife and on reflection I shouldn’t have been so shocked,’ the man wrote.

‘The overwhelming feelings of emotion ran through me like a freight train and the thought of her thinking of me as much as I her had me in tears but with a smile on my face.

‘Her organising an afterlife gift is beautiful and the Coffin Confessor delivering her gift to me is a blessing I can’t thank you enough.

‘I hope others are offered the same opportunity to experience what I have, your afterlife service is without doubt a loving and memorable one.

‘God bless you and may my gorgeous wife R.I.P’

Mr Edgar said delivering afterlife gifts was a ‘totally different take on everything I am doing’.

‘I am just loving it, there’s no bad whatsover,’ he said. 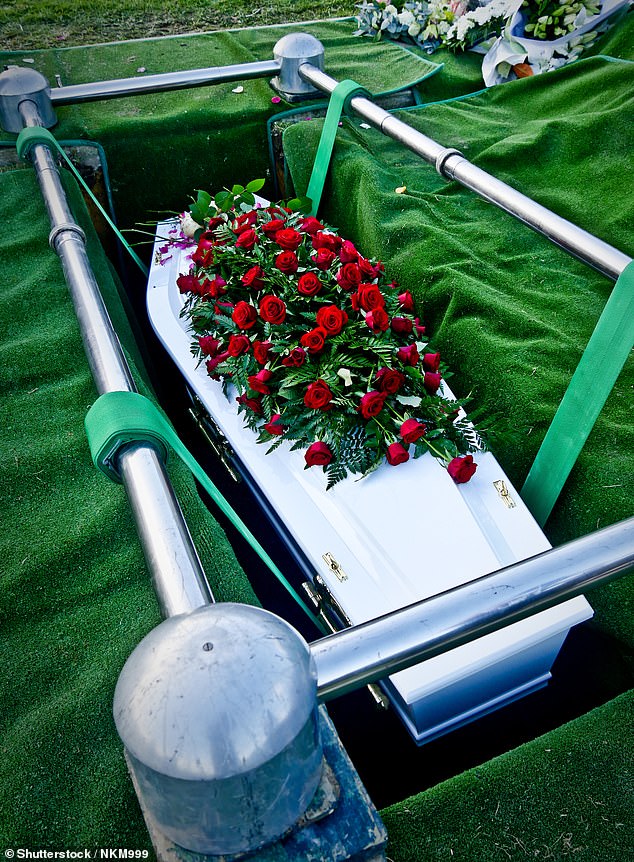 ‘I went to a lady’s door and when she answered I said “I am the Coffin Confessor, your husband arranged this before his death”.

‘And she just broke down, it was a joyful breakdown.

‘A lot of people have that feeling when someone’s died that they are still within their hearts and they take them with them in a way.’

Mr Edgar says the afterlife gifts don’t have to be for special occasions.

‘Sometimes it’s just “thinking of you, are you thinking of me”” – no specific reason,’ he said. 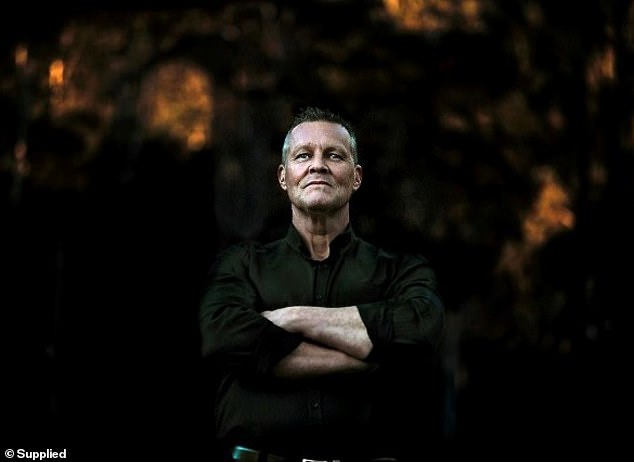 ‘Personally I think they should just do it once and let them go, you don’t want to hold onto forever.

‘You don’t want to keep being reminded forever by a gift or something like that so I think a one-off is probably nice.’

Mr Edgar began thinking he could start doing afterlife gifts and delivery as a business.

‘I talked to some lawyers and they said “there’s no such thing in the world, you seem to be good at making things up like that, so I did”,’ he said. 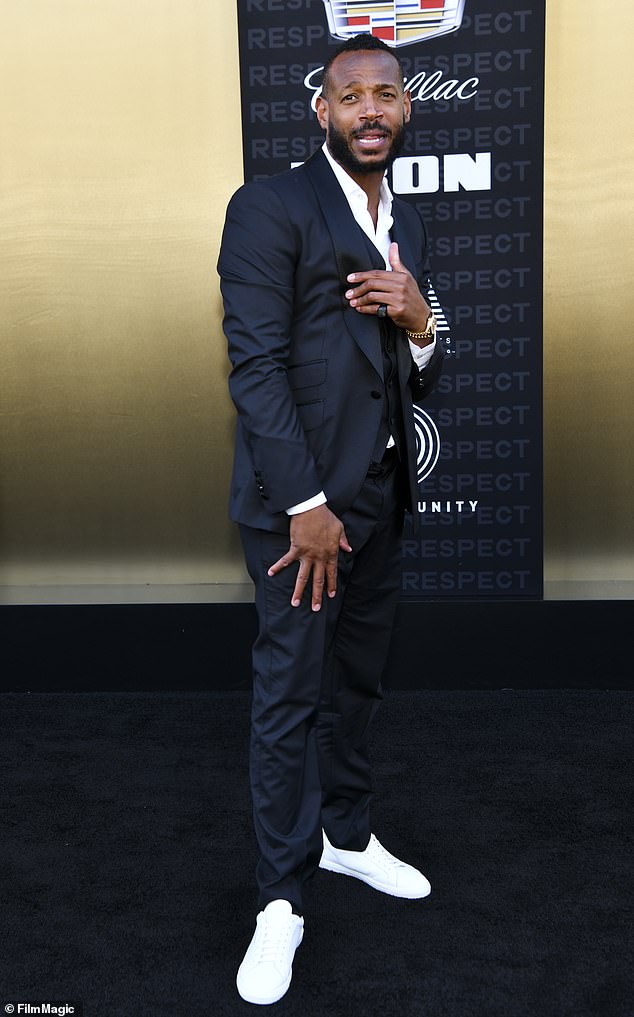 While Mr Edgar, who lives on the Gold Coast, doesn’t intend to expand the service in Australia he got a surprising offer from America.

‘This guy Chad Whitman, who is quite a successful businessman in Texas, he said “listen I’ve got to get involved, how do I get involved?”,’ Mr Edgar said.

‘And I said “I could licence the idea to you and the intellectual property” and he said “Let’s do it, I’ve got to have it”.’

Mr Edgar was not at liberty to divulge what he has been paid for inspiring the Afterlife Gifts and Delivery service, which is launching in the US this week, but said it was in ‘seven figures’. 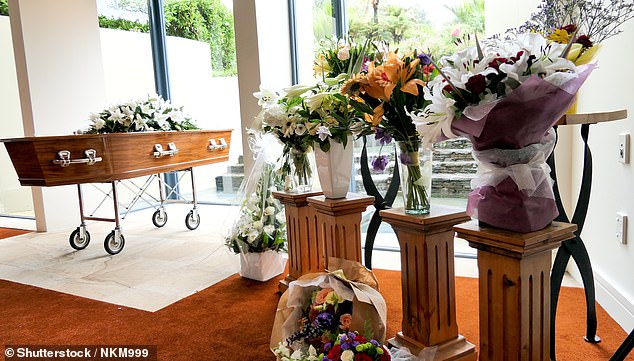 The first coffin confession started out as a joke but became serious when Mr Edgar was asked by a dying man to confront his best friend, who delivered the eulogy, with the evidence of his sleazy behaviour towards deceased’s wife.

Mr Edgar did that and in the course of his Coffin Confessor career he has also told assembled bikies that much-feared enforcer being farewelled was gay and loved a fellow outlaw motorcyclist in the crowd.

He also once threated to take a body from a church service because the deceased was an avowed atheist and has on other occasions revealed martial infidelities or secret sexual orientations to shocked mourners.

These exploits have led to Hollywood calling and a Coffin Confessor movie is in the works with comedy superstar Marlon Wayans to play the lead, while Mr Edgar is set to do a cameo. 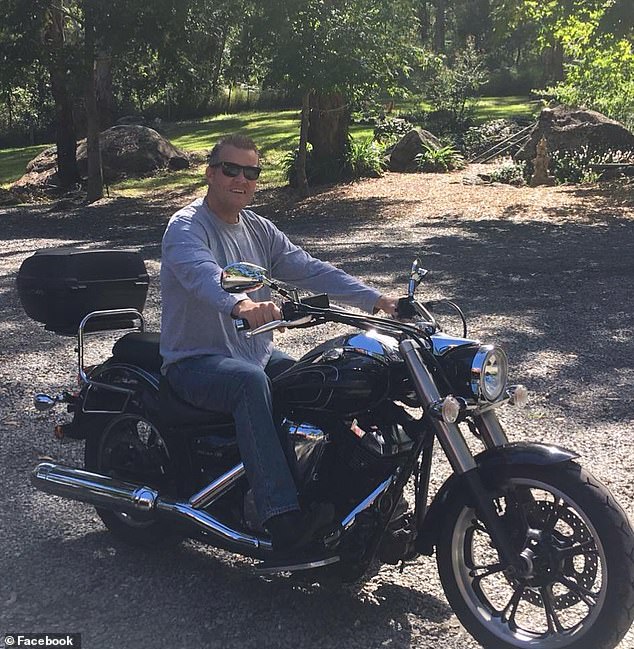 ‘I can’t wait to see it on the big screen but I’d like to be a part of it and the cameo will be part of it too,’ Mr Edgar said.

There is also potential TV show in the US with Mr Edgar also being approached to work with a UK TV producer, who has worked with English comedian Ricky Gervais.

From what started out as a joke to confront an unfaithful best friend, the Coffin Confessor is becoming a global franchise.

‘Doors just keep opening and I just keep walking through them and the money just keeps coming,’ Mr Edgar said.