A Nevada congressman told a local news station that there is a ‘rumor’ that Speaker of the House Paul Ryan could soon be resigning.

Representative Mark Amodei told Nevada Newsmakers on that Ryan is getting ready to resign in the next 30 to 60 days and he will be replaced by Representative Steve Scalise (R-Louisiana).

Ryan’s office denied on Monday that he would be stepping down from his position.

‘The speaker is not resigning,’ Ryan spokeswoman AshLee Strong said in a statement. 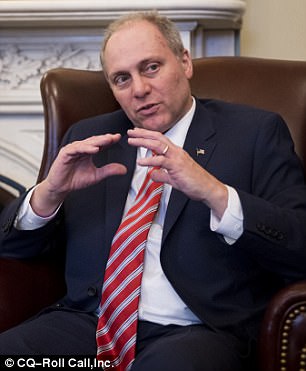 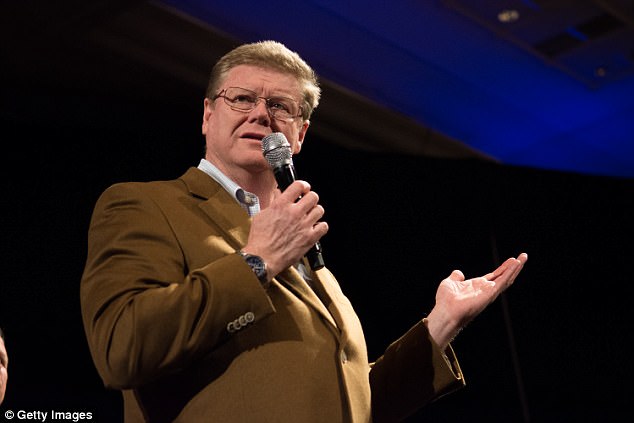 When asked why Ryan could resign now, Amodei (pictured, February 2016) suggested that he’s achieved long-sought goals and might want to move on to other challenges

When asked why Ryan could resign now, Amodei suggested that he’s achieved long-sought goals and might want to move on to other challenges.

‘If I was just guessing, he wanted to do the tax bill,’ Amodei said, referencing Ryan’s success in herding shepherding tax reform through Congress last year.

‘You know, [former Speaker] John Boehner said the same thing: “Hey, when I checked all of the boxes I thought were important and I’m moving on to whatever else”.’

Amodei suggested that Ryan could consider running for president, despite Trump being up for re-election in 2020.

‘If it, in fact, is true, I know that Paul Ryan thinks he wants to play on the national stage in some capacity or another, so I don’t know what that means,’ Amodei said.

However, the congressman’s office stressed that Amodei was just stating a ‘rumor he had heard.’

‘His response to the question was made explicitly in the context of a rumor, nothing else,’ Amodei communications director Logan Ramsey said. 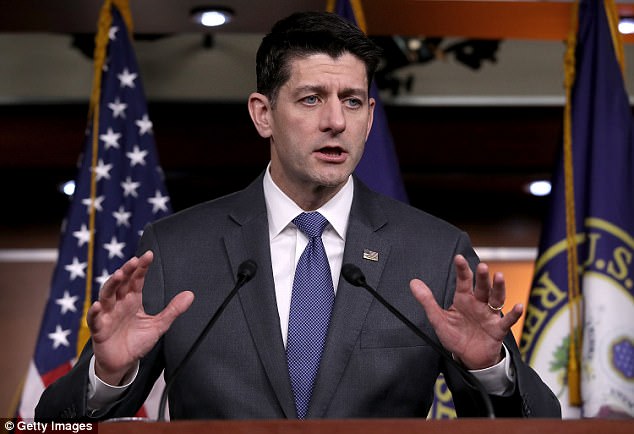 Ryan’s office denied on Monday that he would be stepping down from his position (Pictured, Ryan, Thursday) 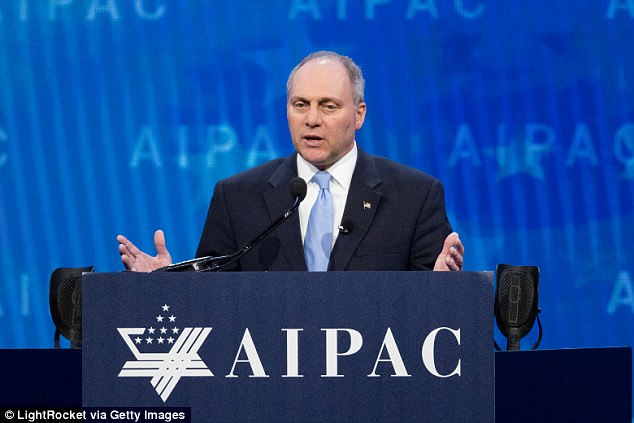 Scalise is currently the House majority whip and is responsible for rounding up votes on various bills and issues (Pictured, Scalise in March 2016)

Scalise is currently the House majority whip and is responsible for rounding up votes on various bills and issues.

He rose to fame after he was shot in June 2017 during practice for the congressional baseball team in Virginia. After being listed in critical condition, he recovered and returned to Congress in September 2017.

However his office denied he is contention to replace Ryan and said his priorities are elsewhere.

‘Our whole leadership team is focused on working with President Trump to deliver more conservative wins for the country, and also ensuring we keep the majority so we can continue implementing President Trump’s agenda that is getting our economy back on track.’