Conor McGregor has hit back at former UFC title challenger Anthony Smith in a series of tweets.

Smith drew the ire of the Irishman after making a number of controversial comments related to McGregor’s absence from the UFC’s United States Anti-Doping Agency-backed drug testing program.

‘It bothers the f*** out of me – like that he pulled himself out of the USADA pool,’ Smith explained on Michael Bisping’s Believe You Me podcast. 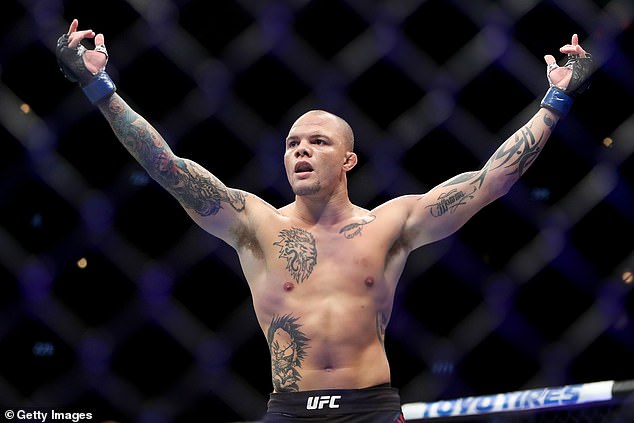 ‘There’s only one reason you would do that. He’s looking jacked as s***. You keep seeing videos of him flexing in front of mirrors and screaming and he’s huge. He healed really fast. Like, really fast.

It was revealed earlier this year that McGregor had not been tested by the anti-doping agency since suffering a broken leg in his trilogy bout with Dustin Poirier in July 2021.

The former two-weight UFC champion hit back at the allegation in a series of tweets, while referring to similar injuries suffered by Chris Weidman and Anderson Silva inside the Octagon:

‘This rat spoke to weidman who’d the same horrific injury and is having severe complications still, is bothered that I was able to heal/return to a normal way of life. He, like many other rats in my game, would be happier if I wasn’t able to play with my children the same again.’ 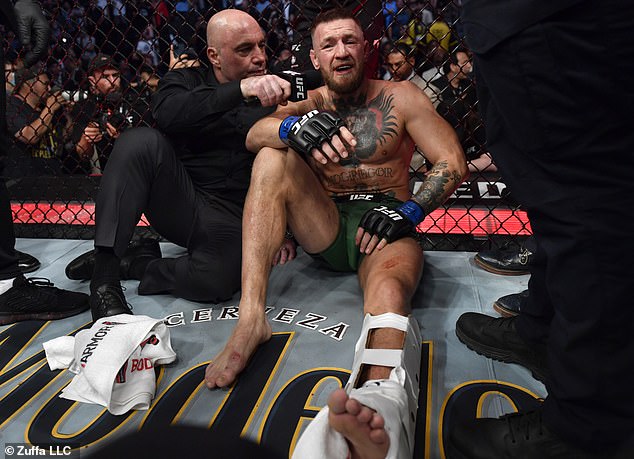 ‘The audacity of this loser! @lionheartasmith you’re a loser. The % of the bones joining back after a break like this is so low.

‘You think I give a fuck about anything else. I am the most tested fighter all time in combat sport. I give everything to this game. You – Nothing!’

‘I thought you broke your leg yourself in your last fight lol you little dope. You embarrassment of a man! Keep my name out of your f****** mouth. P****.’

McGregor later acknowledged the rarity of the injury he suffered at UFC 264, and added that only the fighters who had been through the recovery process had the right to comment:

‘Everything was fully disclosed before I began. The state of allowance for athletes to recover from injuries as horrific as the one I overcame must be assessed. My thoughts are with weidman and Anderson Silva. The 3 of us, and only us, know the severity of this injury.’

Smith has not fought since suffering a broken ankle in his loss to Magomed Ankalaev in July. The 34-year-old is scheduled to return to action against surging contender Jamahal Hill in March.