Their brother is the sporting success story of 2017 having turned his loss against Floyd Mayweather into a £77M payday, just four years after surviving on dole payments of €188-a-week.

But while Conor McGregor has been basking in the glory of the most lucrative of defeats, his two sisters Erin and Aoife have been busy edging into the spotlight.

The blonde sisters have been on hand in Vegas to support their brother, hitting a pool party at the Aria Resort & Casino on Sunday in Team McGregor swimsuits with Erin later quaffing champagne direct from a gold bottle at the Encore Beach Club.

And the glamorous pair are certainly no stranger to the high life, regularly flaunting their enviable lifestyle on Instagram to their combined following of more than 125,000.

Both sister share a love 9[ of designer gear from labels such as Chloe, Gucci and Christian Louboutin and have been treated to trinkets such as Rolex watches by their generous brother.

Hairdresser Erin, 34, a mother-of-two is responsible for Conor’s man infamous man bun, telling the Sunday World: ‘Everyone loves Conor’s hair and so many men want it. It’s so funny.

Erin (left) and Aoife McGregor, pictured with their brother Conor, have become social media sensations in their own right 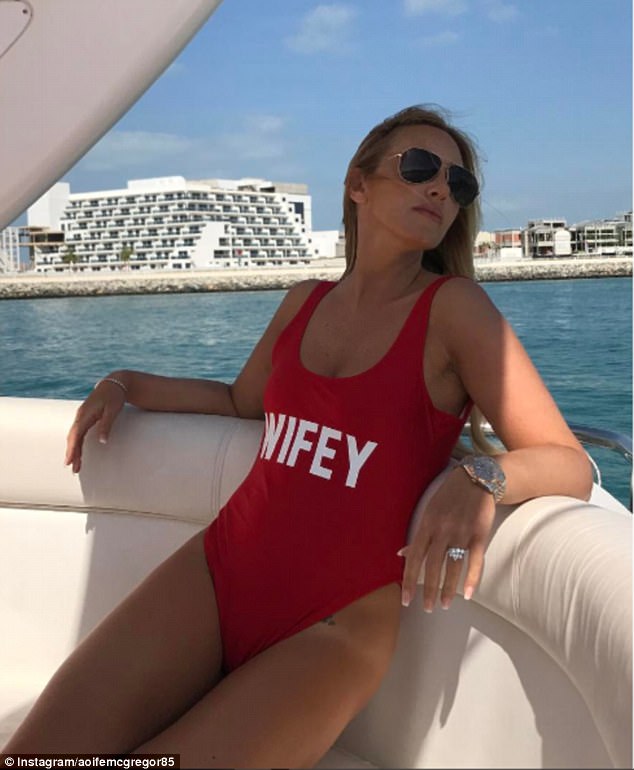 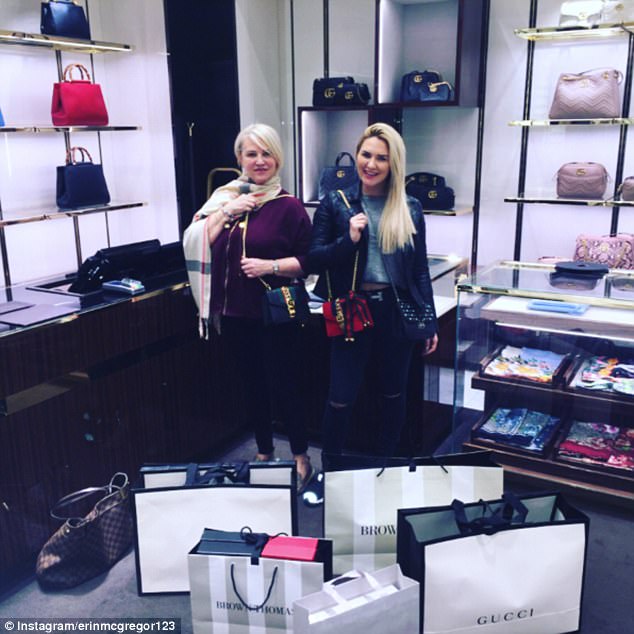 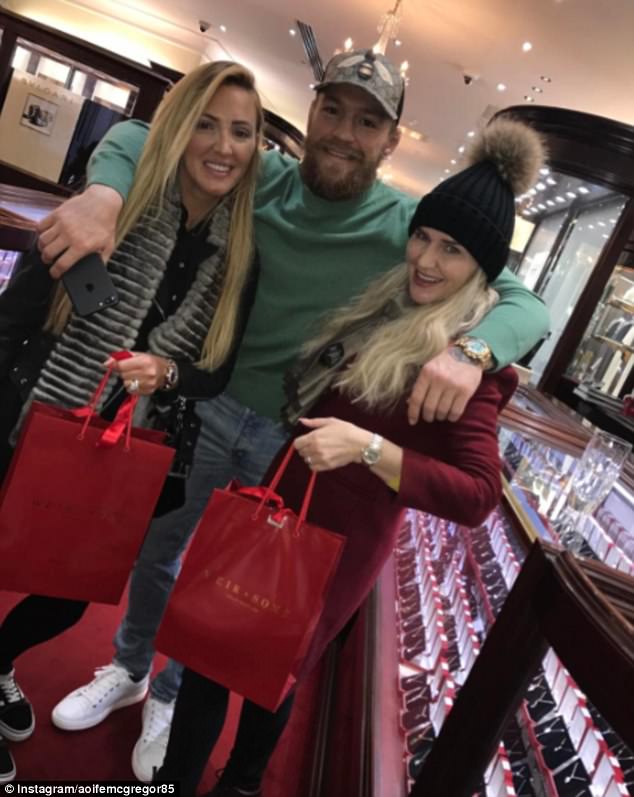 ‘It’s great to be able to express my creativity through him. Conor is very stylish, always has been. It runs in our family.’

Erin is currently taking a break from her second career as a bikini and fitness model but said that the rigours of training brought her and Conor closer together.

‘Whenever I was low Conor was on the other end of the phone,’ she explained. ‘I remember him saying: “No-one realises what it’s like until they’ve done it themselves.” We forged this mutual respect that I suppose we never had before.’

She’s a regular fixture at her brother’s fights and is even credited with introducing him to Rhonda Byrne’s book, The Secret, which inspired him to embrace the power of positive thinking. 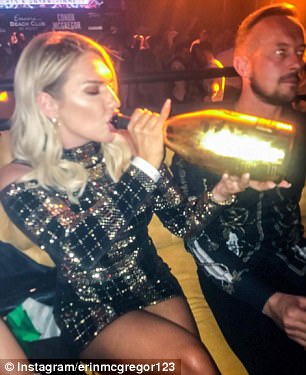 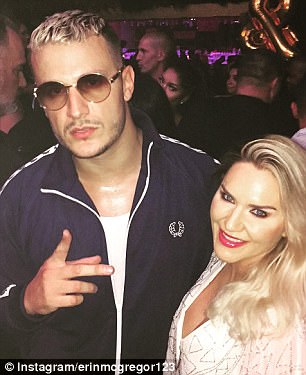 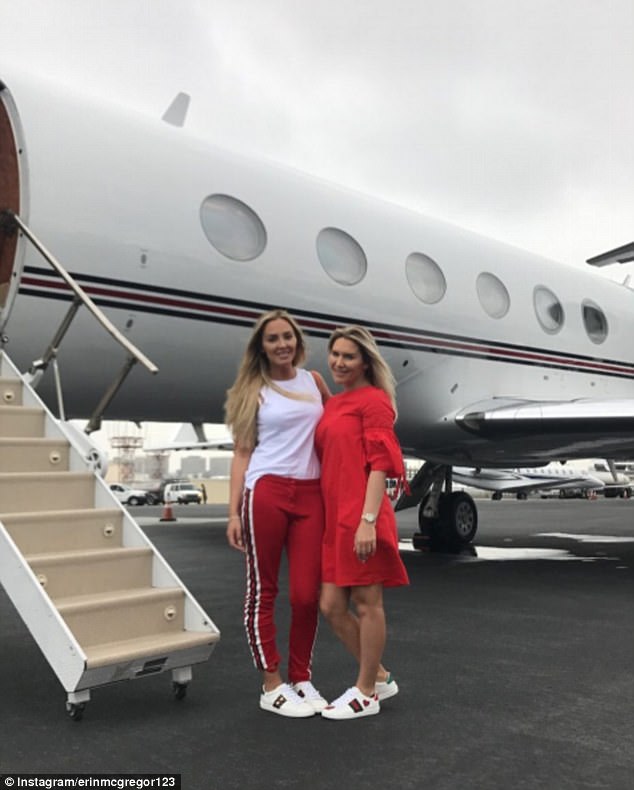 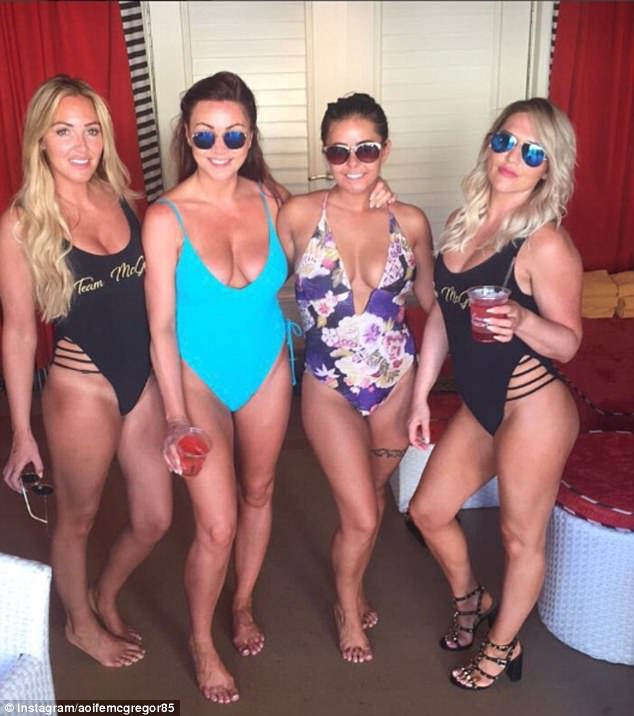 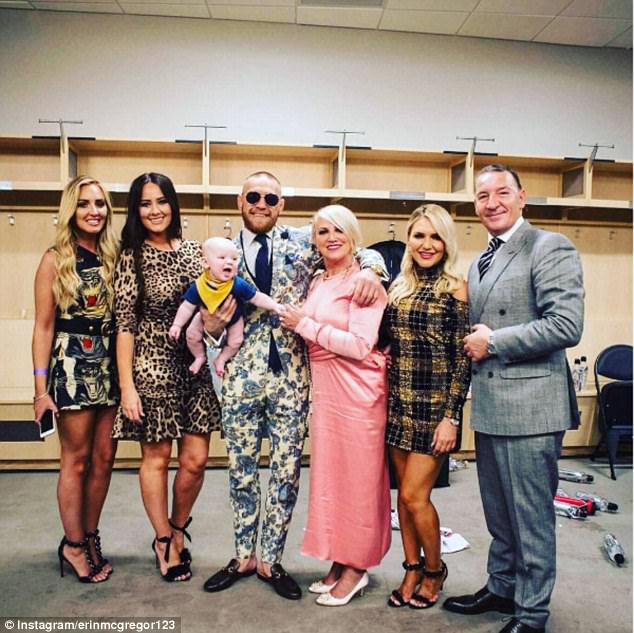 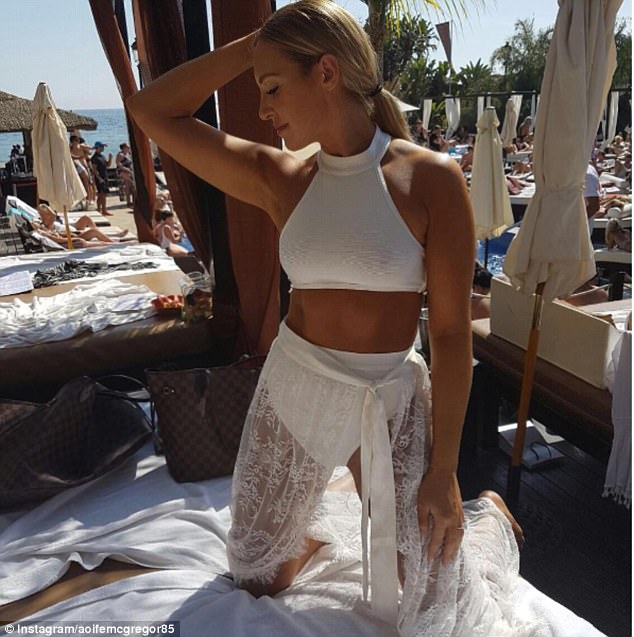 The Notorious has repaid his sister’s loyalty by treating her to gifts such as a Louis Vuitton handbag and a swanky white BMW .

Younger sister Aoife, 30, also joined Erin in Sin City at the weekend, travelling to Vegas on a private jet.

Aoife works for a mini digger hire company in Dublin and married husband Mark Elliot last New Year before jetting to The Maldives on honeymoon. 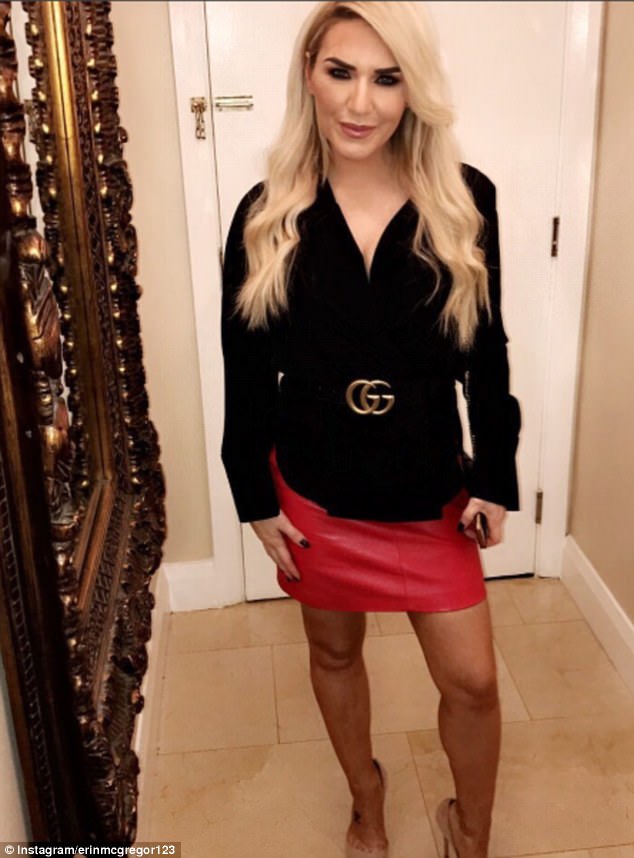 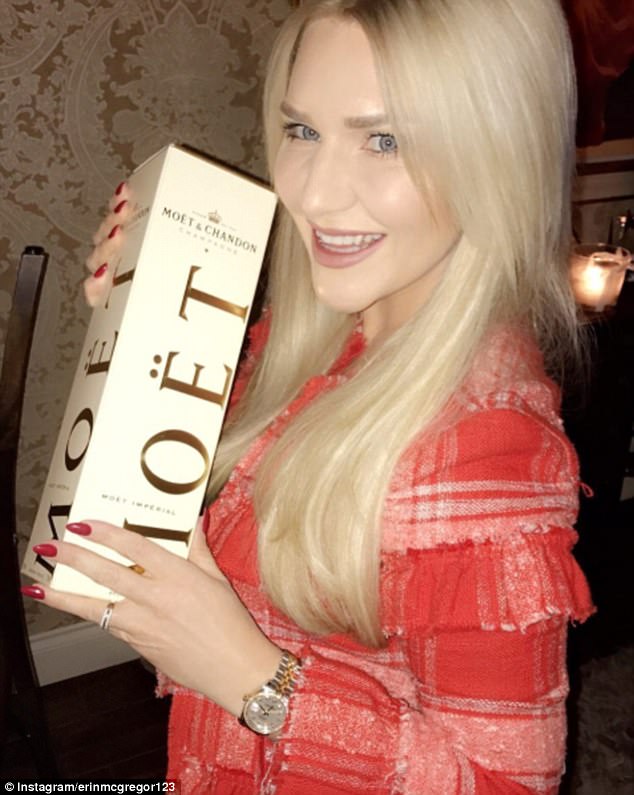 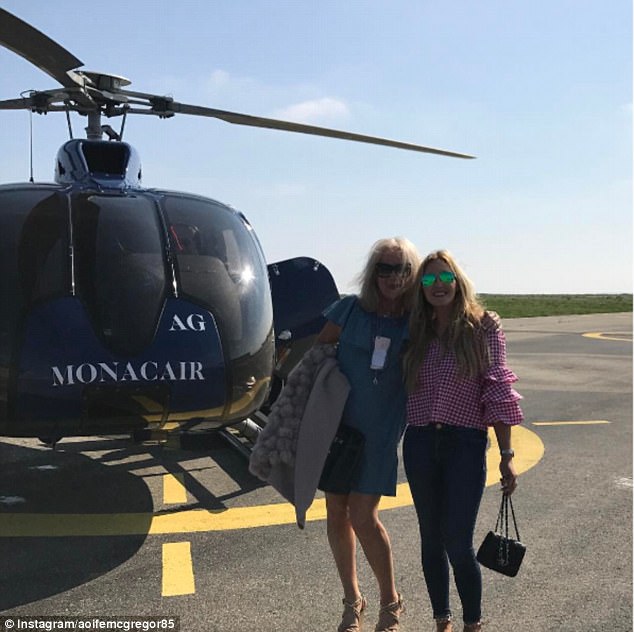 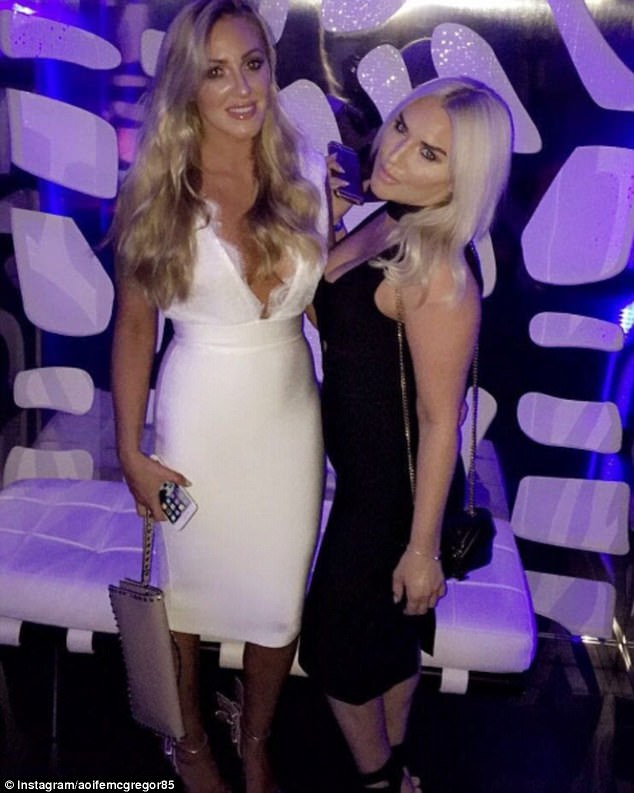