Conservative actor James Woods put aside his political differences to help Me Too
movement supporter Alyssa Milano when a raging Southern California wildfire threatened her home.

Milano was searching for a safe place for her family’s horses when she and her husband evacuated their home with their two children.

She wrote: ‘If anyone can get 5 horses out the fire please help’. 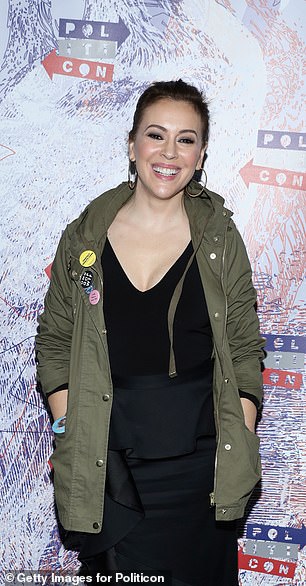 Woods was quick to put the call out saying that Milano needed help as wildfires raged in a number of areas.

He wrote: ‘She needs help with five horses. It was previously reported that her horses had been evacuated, but she says that did not happen.

‘Please contact her at @Alyssa_Milano to get her location or use my hashtag #SoCalFiresJamesWoods This is a serious request.’

The actor has been an outspoken critic of Democrats and liberal policies. While he initially supported Carly Fiorina’s 2016 presidential campaign, Woods has become a vocal backer of President Trump.

Following the 2016 election, Woods said he was quitting Twitter because of censorship. However, he later rejoined the platform and tweets regularly.

He even offered advice to Milano about what to do if she couldn’t find a safe place for the horses.

Offers of safe places for the horses came in, and Milano soon tweeted that ‘everything with a heartbeat is safe’ and thanked people for their concern.

Woods initially added a dedicated hashtag #CampFireJamesWoods for the deadly blaze north of Sacramento in Butte Country that has scorched about 70,000 acres. 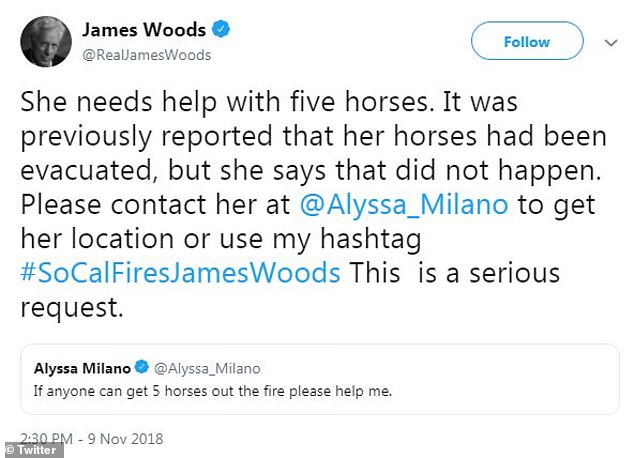 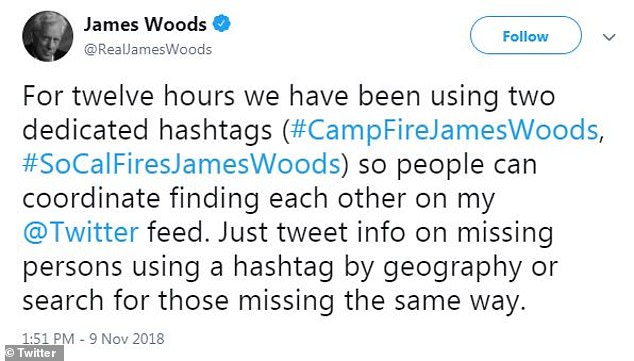 He later added #SoCalFiresJamesWoods for the Hill fire near Hill Canyon in Ventura County, north of Los Angeles, which was burning 6,000 acres Friday morning, and the 14,000-acre Woolsey fire south of Simi Valley in Los Angeles County. Malibu homes threatened by Woolsey were ordered evacuated Friday.

Woods claimed the social media operation was ‘so much more rewarding than arguing politics’.

He assured followers he was safe and far from the fires, visiting in New England.

Some people criticised Milano on social media inlcuing one who asked: ‘why would anyone want to help @alyssa_milano?

Woods quickly interjected and said: ‘Because her animals are in danger and she needs help’. 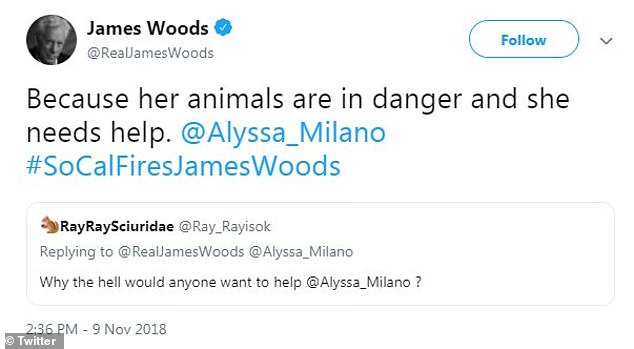 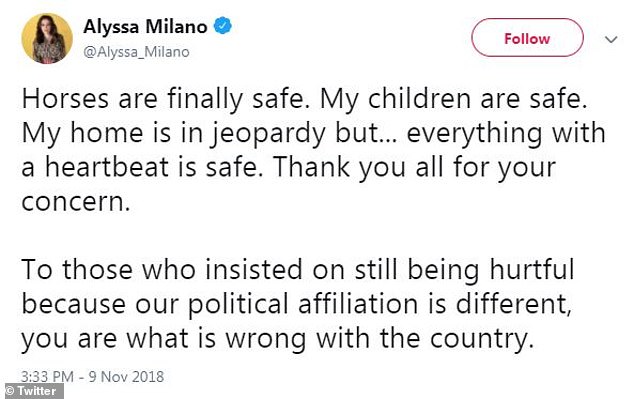 Despite their vast political differences, Milano thanks James Wood for his help during the fires

Woods was quick to criticizes the democrats on the day of the midterm election.

On Wednesday he slammed Democratic Georgia gubernatorial candidate Stacey Abrams for refusing to concede to GOP candidate Brian Kemp in a very tight race while votes were still being counted.

Woods called it ‘not very classy, but not surprising’. 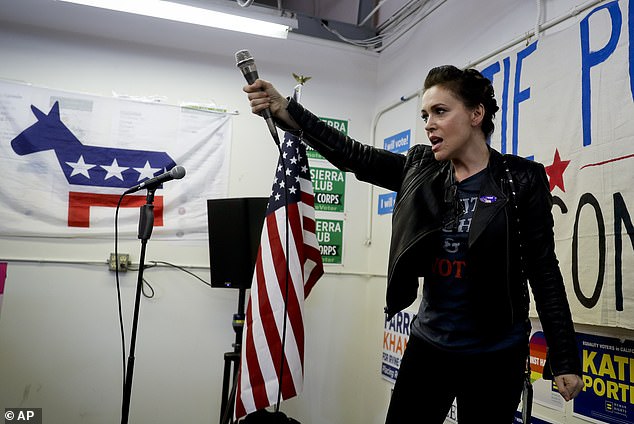 Milano has turned her attention towards political activism and different movements

Milano had also claimed she was ‘taking a day off’ but would be back to Babies are still separated from their families, Reproductive Freedom, LGBTQ Rights and Fight racism and bigotry.

In response to sexual misconduct allegations against Hollywood producer Harvey Weinstein, Milano sent a tweet that turned the hashtag #MeToo into a rallying cry against sexual assault and harassment.

In December, Milano and Tarana Burke, the creator of the original Me Too movement back in 2006 were recognized among Time magazine’s ‘Silence Breakers’ as the person of the year.