Conservatives are more attractive than liberals

Scientists know that being attractive influences huge areas in a person’s life, including how much they earn and what they enjoy doing in their spare time.

Now, a new study claims that beauty can make a person right-wing.

The research argues that people who are attractive are more likely to be conservative because they are ‘blind’ to the struggles of those who are less fortunate. 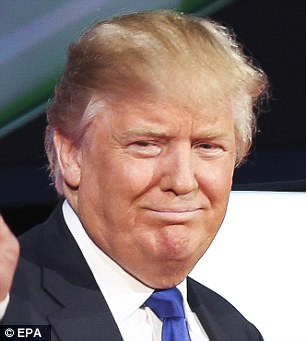 Conservatives, like Donald Trump (right), are more attractive than liberals, like Barack Obama (left), according to scientists. Attractiveness in a person often results in an easier life, which can cause desensitisation towards the need for many left-wing policies, such as financial aid

The researchers claim that there is ‘good reason to believe that individuals’ physical attractiveness may alter their political values and worldviews’.

The scientists said in their study that attractive people have better social skills and are more popular, competent and intelligent due to something known as the ‘halo effect’ – where an individual’s view of other people is altered by bias and stereotypes.

But their beauty also makes them less empathetic towards those who find life a struggle, making them more likely to be conservative.

The authors also noted previous studies have shown good-looking people are treated better than others, achieve higher status and are happier, and so are more likely to see the world as ‘just’ place.

To come to this finding, the scientists took figures from the 1972, 1974 and 1976 American National Studies surveys that asked those taking part to evaluate the appearance of others.

The researchers then compared those results with the Wisconsin Longitudinal Study (WLS) that looked at the characteristics of over 10,000 high school students who were rated by others on their level of beauty.

By combining these results, the researchers said they found a link between political alignment and attractiveness.

They found that more attractive people have a ‘blind spot’ which results in conservatism.

This blind spot stops them from seeing the need for government aid and support, which is a staple of the liberal manifesto.

The results come almost a year after another study was published which found the political left are more appealing than the right.

The study, led by the Research Institute of Industrial Economics in Sweden, looked at the correlation between attractiveness and political belief in candidates. 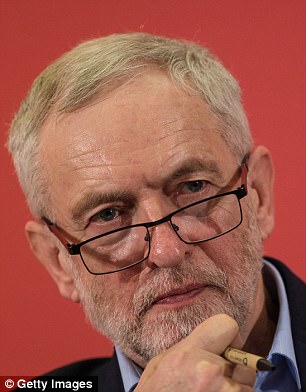 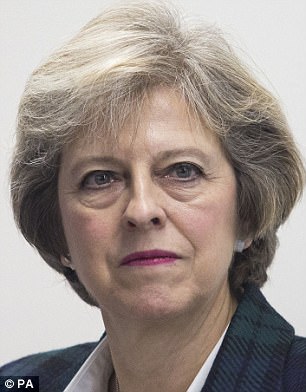 In the study, the attractiveness of a person is linked to their political affiliation. Pictured left is Jeremy Corbyn, head of the labour party, and pictured right is Theresa May, head of the conservative party

They found that being better looking made you more likely to earn more, and that richer people are typically more opposed to policies favoured by the left, such as progressive taxes and welfare programmes.

In their paper, published in the Journal of Public Economics, the researchers, led by Niclas Berggren, wrote: ‘Politicians on the right look more beautiful in Europe, the United States and Australia.

‘Our explanation is that beautiful people earn more, which makes them less inclined to support redistribution.’

Previous studies have found that the more attractive people perceive themselves to be, the lower their preference for egalitarianism – another value associated with the political left.

The researchers also suggest that good-looking people tend to be treated better, and so see the world as a more just place.

To assess the link between attractiveness and political values, the researchers showed people pictures of political candidates in Finland, the US and Australia, and asked them to rate them on attractiveness.

The results showed that right-wing politicians were seen as more attractive than left-wingers.

ARE CONSERVATIVES BETTER-LOOKING THAN LIBERALS?

According to past research, attractive people have an ‘easier’ life and face less obstacles than other, less-attractive individuals.

This can often lead to a ‘blind-spot’ for attractive people where they do not understand or see the need for social policies to help the less fortunate.

For example, financial aid and government benefits which are staples of the conservative manifesto.

Researchers argue that this results in attractive people being more likely to be conservative.

Previously, researchers also suggested that being better looking makes you more likely to earn more, and that richer people are typically more opposed to policies favoured by the left, such as progressive taxes and welfare programmes.

Good-looking people also tend to be treated better, and therefore see the world as a more just place.

Previous studies have found that the more attractive people perceive themselves to be, the lower their preference for egalitarianism – a value associated with the political left. 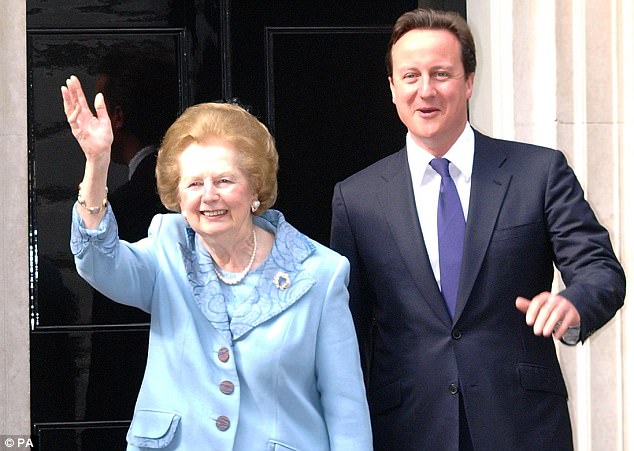 Conservative politicians Margaret Thatcher (left) and David Cameron (right) have both been head of the British party. According to the new research, they may be considered more attractive than their left-wing counterparts

They also looked at the Finnish elections in more detail, and found that Republican voters care more about appearance in a candidate than Democratic voters.

And when voters didn’t know much about candidates, they tended to see candidates who were better looking as more likely to be conservative.

The researchers added: ‘Our model of within-party competition predicts that voters use beauty as a cue for conservatism when they do not know much about candidates and that politicians on the right benefit more from beauty in low-information elections.’

But while right-wingers may be more attractive, studies have suggested that they are not as intelligent as left-wingers.

A study from 2016 used information from two UK studies from 1958 and 1970, where several thousand children were assessed for intelligence at age 10 and 11, and then asked political questions aged 33.

The authors claim that there is a strong correlation between low intelligence both as a child and an adult, and right-wing politics.