The latest season of Married At First Sight UK is well under way – and it’s already brought plenty of drama as newlywed strangers come to grips with married life.

Viewers have witnessed arguments over the dinner table and tears at the altar, but not everything gets filmed, a former contestant of the popular E4 reality show has revealed.

Now, a year later, Marilyse has shared secrets about the reality show, claiming that although contestants would have days off – they were forced to stay indoors.

The mother-of-two told The Sun that the strict rules cast members had to adhere to were like being at ‘boarding school’.

Marilyse Corrigan, 38, who wed Franky Spencer on last year’s series of Married At First Sight UK, has claimed that contestants would often have days off, and were forced to stay in their apartments 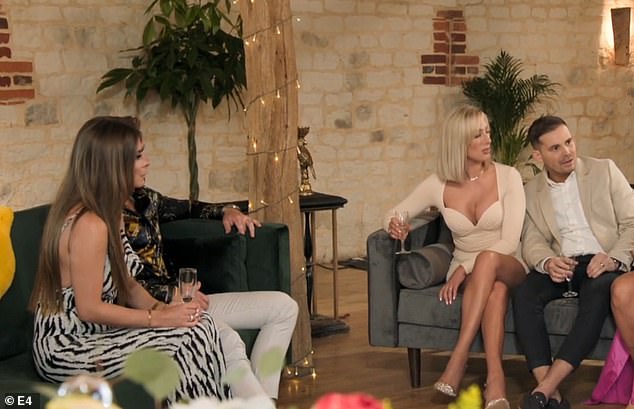 The production team would not let the show contestants socialise outside of official Married At First Sight events, such as the dinner parties, commitment ceremonies and ‘girls’ and ‘boys’ days out

‘She’d come in and be like, “Get to your room!” You felt like you were at boarding school.’

Marilyse said there was a social media ban on set – but other contestants, including Morag Crichton, managed to sneak in electronics.

She also claimed that a lot of activities don’t make it into the show – because air time is reserved for the dinner parties and commitment ceremonies, as well as some of the couple’s interactions in the apartment they share. 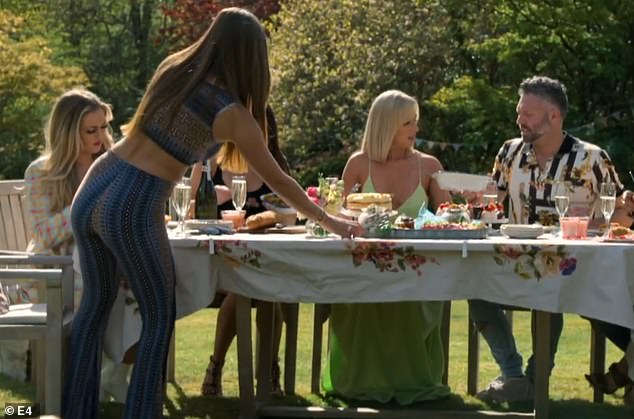 However, even when contestants are not filmed, they enjoy very little time by themselves.

Marilyse claimed she she couldn’t go out and about in Brighton without asking production first and being assigned a chaperone.

She said she wasn’t allowed to go into any of the shops in Brighton, and that her chaperone had to show her dresses from the window display of the local Zara so she could buy one after running out of clothes during filming.

The mother-of-two said many of the strict regulations in place were due to Covid, as the production team were trying to limit the cast’s interactions with the outside world.

Marilyse also said the cast were not allowed to hit the pubs while filming. 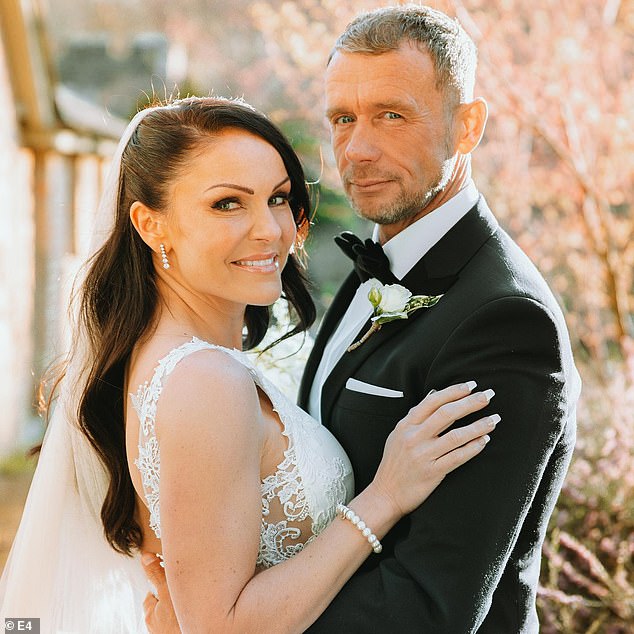 Marilyse and her husband from the show Frankie, right, stayed together for four months but eventually called it quits 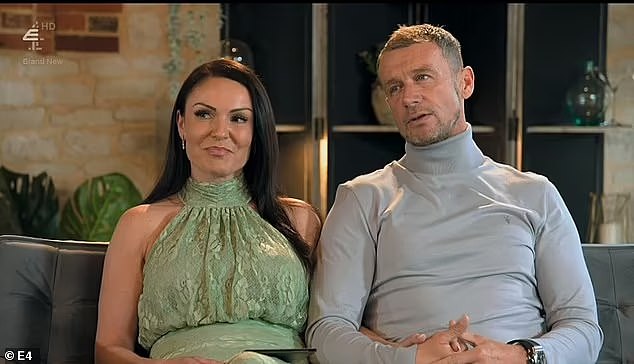 The personal trainer revealed she couldn’t even enter a Zara shop to buy a dress, and that a chaperon had to show her different options through the shop’s window

The personal trainer added that when she got cold feet about going ahead with the show, producers were good at ‘persuading’ her to continue.

Marilyse and Franky called it quits after four months together, with her admitting at the time their relationship ‘went a bit dry’ and they became ‘more like friends’.

This comes after Marilyse’s co-star Morag made explosive claims about the show last month.

Morag – who was married to Luke Dawson – made a claim about her 2021 season, revealing that producers set up the moment that led to a fight between the couples. 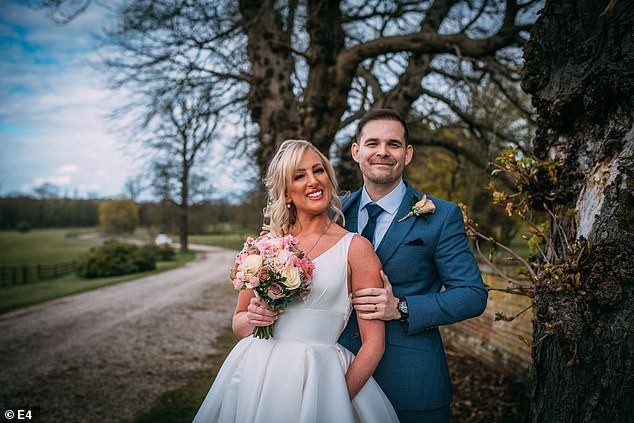 Accusations: In August, Morag Crichton – who was married to Luke Dawson (pictured together) – made a sensational claim about her 2021 season, revealing that producers set up the moment that led to a huge fight between the couples

The veterinary nurse, 32, also admitted that the only reason she survived the show is was because she was ‘drunk the whole time’, having spent her food allowance on booze.

Fans of the show will remember when Morag confessed during a game of Never Have I Ever that fellow bride Amy Christopher’s husband Josh Christie had slid into her DMs prior to the show.

And though Morag revealed the truth to Amy, she’s now claimed that she didn’t want to reveal that bombshell and had previously told a producer that she befriended in confidence.

She told how she ‘jokingly’ told a producer about Josh after realising who he was when they joined the show, and didn’t believe that her reveal would come back to ‘haunt’ her later in the programme.

It was only weeks later when she began to ‘forget’ that she spilled the beans to the producer, that the question ‘Never have I ever been DM-ed by one of the other husbands’ came up on one of the cards during a game, leaving the Essex native furious.