Controversial badger cull to stamp out TB could extend

A controversial badger cull to stamp out TB in cattle could be extended for the first time across England.

In five years of the cull, around 34,000 badgers have been trapped and shot in and around areas at high risk from TB. But Government officials could now allow culling licences across almost half the country previously exempted and classed as ‘low-risk’.

Farmers in large parts of northern and eastern England would be allowed for the first time to apply to cull badgers under Defra plans, although only on the ‘rare occasions’ when infection is confirmed in the wild animals.

This makes it a reactive cull, rather than proactive culls which have been carried out in high-risk areas.

The environment department also wants to raise the cap on licences from the current 10 a year, and potentially them to last for longer than the current five-year limit.

The Government is seeking to eradicate bovine tuberculosis by 2038, which it says costs taxpayers more than £100 million a year and causes ‘devastation and distress’ for hard-working farmers.

However conservationists have warned the programme could see badgers wiped out completely in some areas.

Prof Rosie Woodroffe, senior research fellow at the Institute of Zoology, within the Zoological Society of London, said: ‘Defra is considering licensing more than 10 new areas a year, so the total cull zone would start to engulf entire counties, and the numbers of badgers killed each year would climb into the many tens of thousands.

‘Slaughtering wildlife on this scale needs to be well justified – unfortunately there is not yet robust evidence that the current badger culling policy is helping to control cattle TB.’ The badger cull was carried out in 19 zones last year, mainly across the West Country. But farmers have never been allowed licences north of Cheshire and Nottinghamshire.

A consultation launched by Defra would allow applications from farmers across the whole of the north, including in Yorkshire, Cumbria and Northumberland.

The ‘low-risk area’, previously exempted from culling, also takes in much of the east, including Norfolk, Suffolk, Essex and Kent.

The TB strategy consultation states: ‘Controlling TB in badgers in areas where it is endemic is an important aspect of the strategy, and there is a strong case that this tool should be available in low-risk areas on the rare occasions when infection is confirmed in badgers.’ If approved, a licence in the ‘low-risk area’ of England would allow farmers or government officials to trap badgers in cages and shoot them.

Current culling licences only last for four or five years, with farmers told to cull badgers each year of that period with an aim to reducing their local badger population by at least 70 per cent. 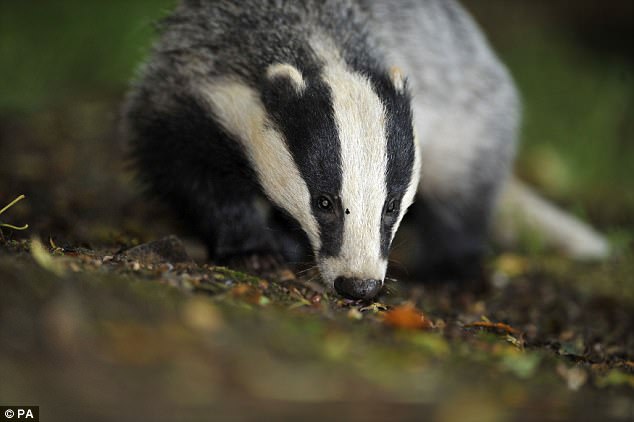 A consultation launched by Defra would allow applications from farmers across the whole of the north, including in Yorkshire, Cumbria and Northumberland.

But the consultation says culls in the low-risk part of England are likely to take ‘several years’ and that the licence period should be set on a ‘case-by-case’ basis.

Defra is also consulting to lift the cap for the number of areas where culls can take place each year.

Keith Taylor MEP, the Green Party’s animals spokesman, said: ‘Just when you thought the Conservative Government had finally understood just how much the British people care for animals and our precious wildlife, they announce plans to yet again expand a campaign of slaughter based on such a poor understanding of the available evidence.’ However ministers say they want to ensure other elements such as cattle vaccination are ready to be deployed in the next phase of the TB strategy.

Farming Minister George Eustice said: ‘There is no single measure that will provide an easy answer and that is why we are pursuing a wide range of interventions including cattle movement controls and a cull of badgers in areas where disease is rife.’ He added: ‘While the badger culls are a necessary part of the strategy, no one wants to be culling badgers forever.’