‘What a lot of dribble’: Controversial Christian leader who slammed Muslims after Christchurch terror attack sparks outrage with latest rant

A church leader who caused controversy after the Christchurch terror attack by making vitriolic attacks on Islam has again lashed out at the Muslim community.

‘We can not accept the proliferation of Islam in our country and think just because you’re tolerant, accepting and inclusive that we won’t end up like Great Britain, South East Asia, and most of Europe with violence, loss of the host country’s identity, their values and culture destroyed, and Sharia Law enacted,’ he wrote.

Destiny Church leader Brian Tamaki (pictured with wife Hannah Tamaki), who caused controversy after the Christchurch terror attack, has again hit out at the Muslim community in a rant some have labelled as hate speech

‘The outright destruction of Western Civilization and the removal of what has been the bedrock of that civil society… Christianity (all be it many have rejected it) is well into its advanced stages.’

Some commenters were critical of Mr Tamaki’s comments, saying they were ‘rot and nonsense’.

‘What a lot of dribble Brian Tamaki… colonisation introduced Christianity into this country..stop tripping on Islam – just shows your hate,’ one person said.

‘Here he comes people. Just stay away from anything he has to do with. keep your own pocket lined not HIS and HIS family,’ another added.

Mr Tamaki criticised the Islamic community in the wake of the Christchurch attack where 51 people were killed during Friday prayers on March 15.

He said broadcasting the Islamic call to prayer across swathes of the country the following Friday was a step towards New Zealand becoming a Muslim country. 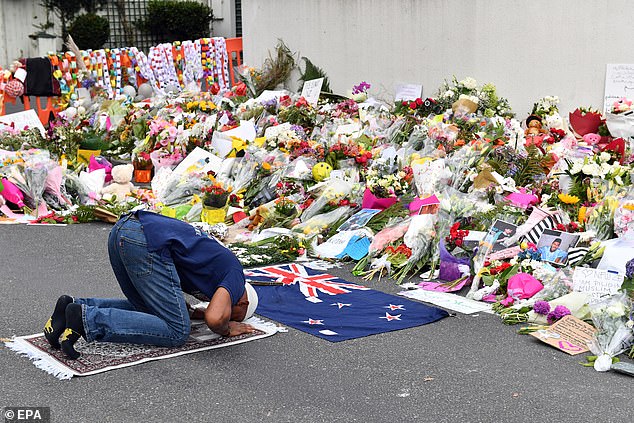 Mr Tamaki said New Zealand can’t accept the ‘proliferation of Islam in our country’ and that the country is at risk of being like Great Britain, South East Asia, and most of Europe

Mr Tamaki said New Zealanders were being left behind due to Muslim favouritism by the government.

‘Yet [former prime minister] Helen Clark’s Government and [Prime Minister] Jacinda Ardern have shelled out millions to the Muslims in recent times.’

He finished his rant by saying he faces a double standard in comparison to Islam.

‘Why do the New Zealand government and media refrain from asking questions of the Muslim community, that they have no problem asking of me?’ he wrote.

‘Do they believe in homosexuality or sex before marriage? Do they ask them questions about their money? Why are these questions not being asked….is it because we are too afraid?’ 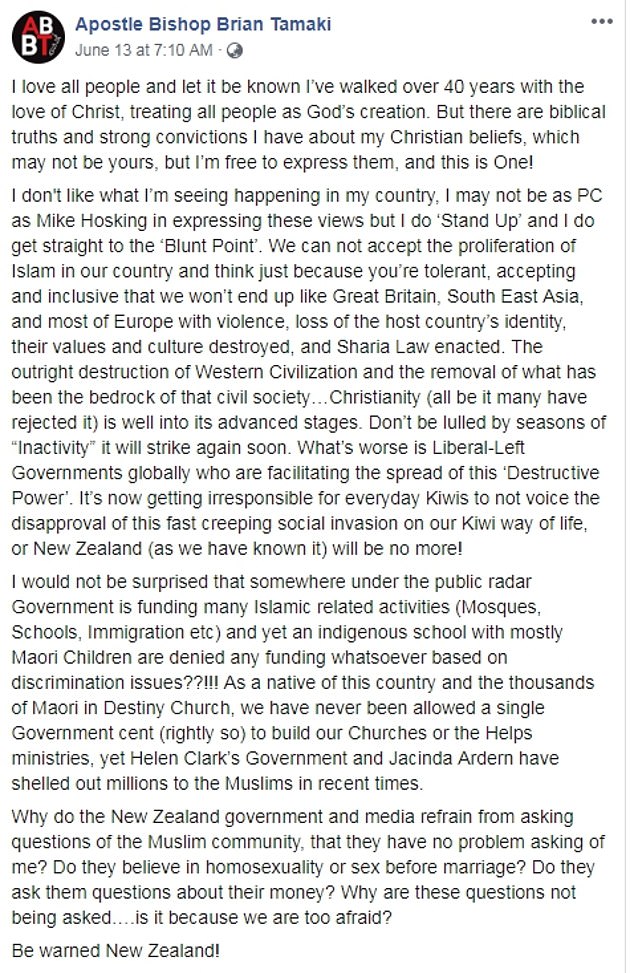