Conveyancing chaos: Simplify ‘can’t say’ when issue will be fixed as ‘most’ UK chains are affected

Some home movers affected by the security incident among Simplify Group conveyancing firms are being told to consider abandoning the firm, as it admitted it ‘could not say’ when the issue would be fully fixed.

The firm’s systems were shut down ten days ago after what appears to have been a cyber attack, leaving some unable to exchange, complete or move home.

When asked for an update, a Simplify spokesperson told This is Money: ‘We are working round the clock to restore our normal operations as soon as possible.

Simplify Group conveyancing customers have experienced delays in their house purchases and sales, and have found it hard to get in touch following a ‘security incident’

‘This includes bringing systems online as part of a secure phased approach and finding solutions to complete transactions safely. This takes time, but please be assured we are taking this very seriously.

‘We cannot yet say with certainty when all of these will be functioning as normal.’

The nature of the security breach is still not known, but Simplify has confirmed to This is Money that it is the subject of an ‘ongoing criminal investigation’.

The incident has affected Premier Property Lawyers, JS Law, DC Law and Advantage Property Lawyers. These firms are recommended to home buyers by the likes of estate agents Purplebricks, Strike, Yopa and Fine & Country, among others.

Together, it is estimated that they are involved in around one in five property transactions in the UK – spelling disruption for those who are in chains with Simplify Group customers, as well as the customers themselves.

The impact on the UK property market is therefore expected to be significant.

Rob Hailstone, a former property conveyancer and chief executive of Bold Legal Group, which represents 700 legal firms who carry out conveyancing, said: ‘Simplify firms carry out hundreds of thousands of transactions each year, my estimate would be that they do around a fifth of all transactions, if not more.

‘The chances are not all, but most, property chains will have been affected in some way by this.’ 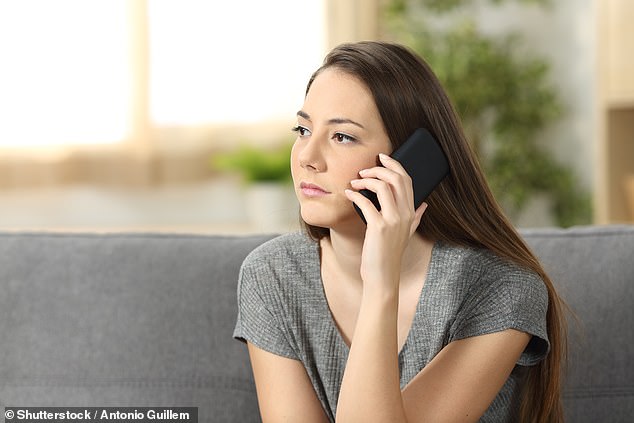 The breach led to clients being unable to complete or exchange their purchases, with some on the brink of completion saying they were stuck with all their possessions in a removal van and with nowhere to stay.

Readers have written in their droves to This is Money in droves to tell them about their experience.

One described how he was sleeping in his car, as he had to leave his old house and had been unable to complete on his new one.

Others said they had driven to Simplify’s Leicester office from locations as far afield as London and Buckinghamshire in search of answers, but found none.

With websites down and phone lines congested, many were unable to contact their conveyancer to find out the status of their sale or purchase, and some have still not been able to do so.

One frustrated customer, who wanted to be anonymous as they were worried speaking out would push their case to the back of the queue, said: ‘They have all my equity from selling my home, my personal details and bank statements.

‘I am concerned they have my personal details which can ruin my mortgage with the other property I am buying.

‘It’s put me in a lot of financial hardship, as a mortgage payment came out of my bank when the transaction should have been completed. It has been one thing after another with this company and I am absolutely fed up.’

Customers have also taken to Twitter to voice their frustration about the situation.

It’s beyond appalling! Was meant to exchange last week and complete last Friday after over three months of delays already from JS Law. Still being told to wait and the seller is refusing to change solicitors. No one (seller, JS Law or Purplebricks) cares that I am homeless!!!

We are trying to be patient, but with no resolution date it is hard. We are so close to exchange and unable to give updates to our buyer or to the people we are buying from, it is causing sleepless nights and unnecessary stress. We are so worried our chain is going to collapse…

No contact from our designated solicitor despite her saying she would contact us on Wednesday. About to become homeless – PPL has our funds. No ability to make decisions due to NO DATES GIVEN

Other than saying that those who switched conveyancers would not need to pay for Simplify’s previous work, it has not made clear if any compensation will be available for customers who have seen their house purchases fall through.

Hailstone said that there was the possibility of legal recourse for those that had been affected.

‘All contracts will provide for a situation where the completion is delayed, and buyers should be compensated for that through their lawyer’s professional indemnity insurance.

‘It depends on how Simplify Group want to manage the situation, but they could also offer some sort of compensation out of their own pockets if they wanted to. I think that would be the best way to go as far as their reputation and damage limitation is concerned.’ 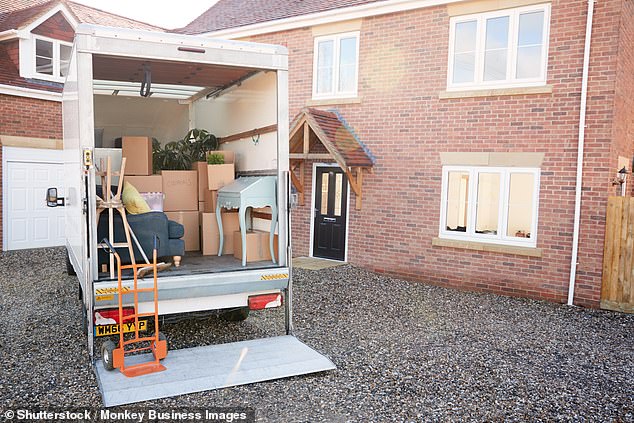 Simplify said it had now restored some of its systems ‘sufficiently’ to allow some customers to move.

It said it had been contacting customers who had exchanged by phone to complete their transactions and enable them to move, and that those who had a fixed completion date between 8 and 12 November had now completed.

It said it was now contacting other customers in order of priority, and beginning to exchange contracts on files that were ready to exchange and complete.

But with systems still not back online, and a backlog of transactions to work through, regulator the Council for Licensed Conveyancers – which has been supervising Simplify’s handling of the security incident – is urging those who have not exchanged to consider switching to a different conveyancing firm in order to progress.

A statement on its website reads: ‘Clients who have not yet exchanged contracts with their seller or buyer must consider whether to wait to progress their transactions when Simplify’s systems are running again or whether to instruct a different conveyancer.’

But it also said the technology shutdown meant Simplify could not pass on files to another conveyancing firm, which could slow the process – something it was ‘pressing’ Simplify to address.

‘This could mean that you would need to start from the beginning, and this may result in your transaction taking longer,’ the CLC said.

‘You should consider how far advanced your transaction is – how much work has already been done on it – when you make your decision.

It said that clients who move to another conveyancer will not be charged for the work done by Simplify.

Other conveyancers posted on Twitter that this was the  course of action they would recommend.

As a conveyancer with 17 years experience, my advice would be unless #PremierPropertyLawyers #prempropertylawyers or one of their other brands has confirmed they have your signed contract, mortgage deed, has requested and received mortgage monies and deposit then you should move

For those who have exchanged, the CLC said they were free to move – but that ‘this could result in the transaction taking a longer period of time.’

Customers were initially concerned that money they had transferred to their solicitor may have been stolen by hackers, but Simplify Group and the CLC have since stated that all customer funds are safe.

However, there are still concerns about the safety of their personal data, as many had given over bank details, addresses and copies of driving licenses or passports.

This is Money asked a spokesperson for Simplify about the safety of its customers data, and it replied: ‘While our investigations are at an early stage and are ongoing, we are not currently aware of any specific client’s or colleague’s personal data being compromised.’

With customers still worried that their data could be affected, we contacted Cifas, the fraud prevention body, to ask for advice on what to do.

How to keep your data safe

A Cifas spokesperson gave This is Money the following tips on securing your personal data if it might have been stolen.

‘If you think your passport or driving license may have been accessed, this could leave you open to identity fraud.

‘This means someone could apply for a credit card, bank loan, or open an online retail spending account in your name.

‘I would also say it is worth regularly checking your bank statements and credit profiles for any spending. If your credit profile changes then contact the credit agency and query it.’

‘You could also get in touch with your bank to cancel your card as a precautionary measure, or even just to alert them about what has happened. It’s not going to do any harm.’

Take out a Cifas registration

‘If you are worried that your personal information has been compromised, I would recommend taking out a protective registration with us.

‘This costs £25 for two years, and it means that more than 600 Cifas member organisations will check any credit applications under your name against the National Fraud Database, and carry out additional checks to make sure it is you.’