A convicted killer in New Jersey who punched his attorney in the face is accusing sheriff’s officers of using excessive force to subdue him.

NJ.com reports that Randy Washington sued this month, claiming a Mercer County sheriff’s officer broke his hand when his knee came down on his wrist after he punched the woman in court. He is seeking $1 million.

The 36-year-old was sentenced to 70 years in prison in the 2014 killing of Silas Johnson, who had just gotten off a train. He has maintained he’s innocent.

Convicted killer Randy Washington (pictured), 36, who is serving a 70 year sentence for murder, is suing for $1 million in compensation

He punched the lawyer after closing arguments and with the jury deliberating.

‘I hit my attorney, but when I hit her, I did not advance toward her, I just waited for the sheriff to come handcuff me,’ Washington wrote in the suit.

Washington is awaiting trial on charges he killed another man, George Jamison, 43, in 2014.

That kicked off a crime spree, according to NJ.com, where Washington is accused of being involved in several armed robberies and other crimes.

Washington claims that once he was returned to jail, officers refused his request to see a doctor after complaining of a broken hand.

According to an affidavit, Washington was sent to a doctor a week later on July 6 where X-rays revealed that his hand was broken. He received surgery to repair the injury on August 7.

Johnson is now seeking a million dollar payout from the state, saying that he was refused treatment for over a month.

Washington is still awaiting trial for his other alleged offenses. 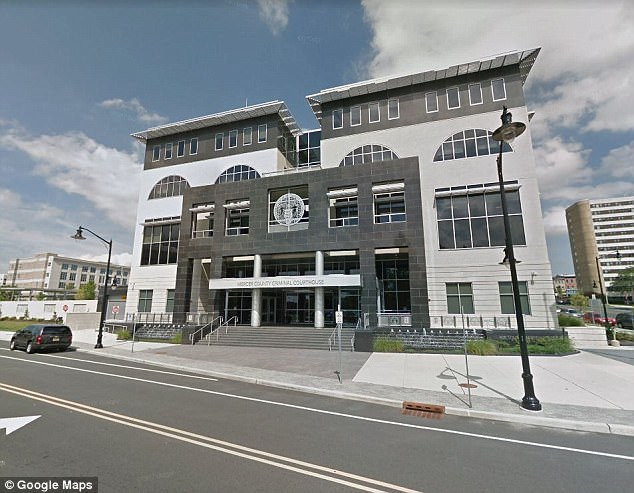 He was restrained after punching his lawyer in the face after closing arguments and with the jury deliberating, when he said officers broke his hand