Convicted killer shown walking to and from attack

A convicted killer was filmed calmly walking home just moments after battering a grandmother with a dumbbell as she begged for her life.

Robbie McIntosh, 31, was on parole after serving time in prison for a murder when he attacked stranger Linda McDonald, 52, as she walked her dogs in Dundee.

He only ran off when two passers-by heard her screams and rushed to help.

This month a court heard Mrs McDonald has suffered dizziness and sleep deprivation since the ordeal and has not been able to return to work.

CCTV footage captured on the day shows McIntosh leaving his flat to carry out the gruesome attack before casually strolling back with his hands in his pockets a few hours later.

Soon after that police arrived at his home before leading the thug away in handcuffs.

The attack on on August 7 this year came nearly 16 years to the day after McIntosh fatally stabbed dog walker Ann Nicole, 34, while aged just 15. 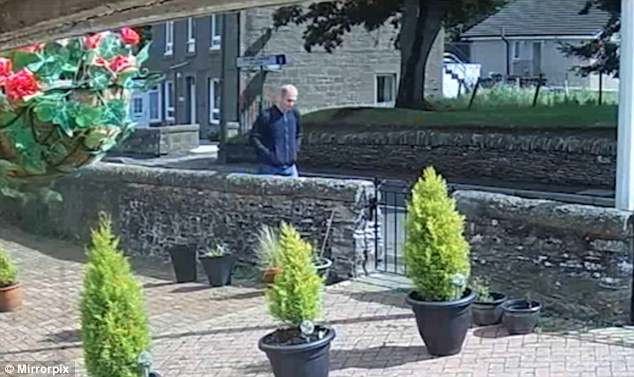 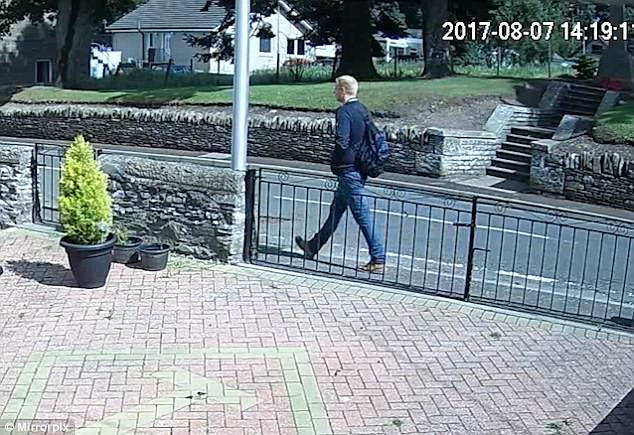 McIntosh was out from Castle Huntly prison on a week of home leave ahead of a parole board hearing when he attacked Mrs McDonald.

Mrs McDonald’s family said their lives had been turned upside down by the ‘horrific and violent attack’ and called for authorities to re-examine release criteria.

Her husband Matthew McDonald said: ‘Given his past conviction for a brutal murder I can’t believe the Scottish Prison Service deemed that this sick individual, who attempted to murder my wife, was allowed to be in the public domain.

‘The fact that they did raises serious questions about the criteria followed by the appropriate authorities and if there had been strict monitoring, supervision and tagging in place we wouldn’t be going through this hell.

‘To ensure no other family has to endure what we are experiencing the Scottish Prison Service and the Parole Board should, as a priority, examine their release criteria and assessment systems. That is the least we would expect.’ 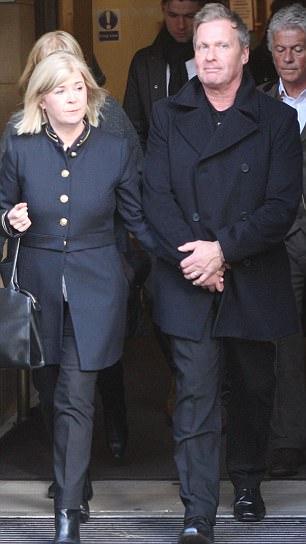 McIntosh appeared at Edinburgh High Court on Wednesday and admitted attempting to murder Mrs McDonald by repeatedly striking her on the head and body with the weight.

The court heard he marched past his victim in the woods before turning back to attack her.

Advocate Depute Iain McSporran QC said: ‘He was expressionless as he passed her. After a few more steps his footsteps stopped and he ran up to her at speed.

‘She turned to face him and saw him with his hand high above his head holding a metal object which has since been identified as a dumbbell.

‘This was being brought down towards Mrs McDonald’s head. She raised her hands to cover her face and he brought the dumbbell down on her head.

‘She described him as expressionless and he continued to strike her on the head and body. She was certain she was going to be murdered.’

Dog walkers Peter and Charles Connor, who had seen Mrs McDonald earlier, heard her screams and rushed to her aid.

They saw McIntosh crouched over something on the ground with a ‘vacant’ expression on his face before he ran off.

They dialled 999 and stayed with Mrs McDonald until emergency services arrived. 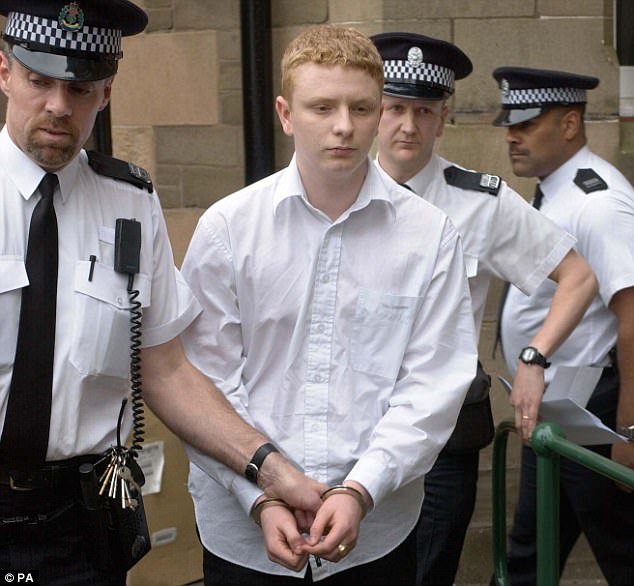 She suffered two skull fractures and five head wounds in the attack and her thumb was broken in several places as she tried to defend herself.

Judge Lord Arthurson described the attempted murder as ‘one of the worst cases of violence I have had to deal with’ and deferred sentence until November 22 pending reports.

The Parole Board and Scottish Prison Service both said they do not discuss individual cases.

Scottish Conservative justice spokesman Liam Kerr said: ‘If ever there were a case outlining the need for whole life sentences, this is it.

‘This is an individual who killed a woman without remorse, but was set free 15 years later.

‘If he’d been jailed for life – no ifs, no buts – he wouldn’t have been in a position to carry out this subsequent attack.’