Convicted paedophile Rolf Harris was kicked off of a school premises after the disggraced entertainer was seen waving at children in the classrooms.

Harris, 88, was pictured standing and chatting to another man and trying to get the attention of the youngsters at Oldfield Primary School in Maidenhead, Berkshire.

Richard Jarrett headteacher said he ordered the Australian former TV star, who was released from HM Prison Stafford in 2017, to leave the school grounds.

Mr Jarrett said to the Daily Mirror: ‘We have got a pick-up and drop-off point at the school, which is 20 metres from a main road, and we have got two forms of security.

‘We’ve got a wood sculptor working close to the road at the moment and Rolf Harris lives about three doors down from the school.

‘He must have seen him [the sculptor] and come into the school area. He had no access to the children whatsoever.

‘I went over and shook his hand and introduced myself. 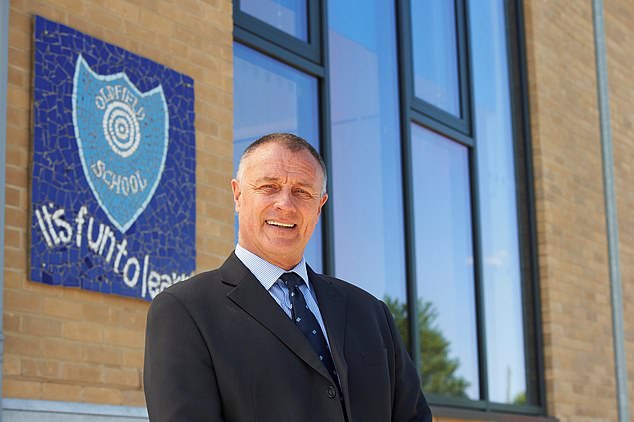 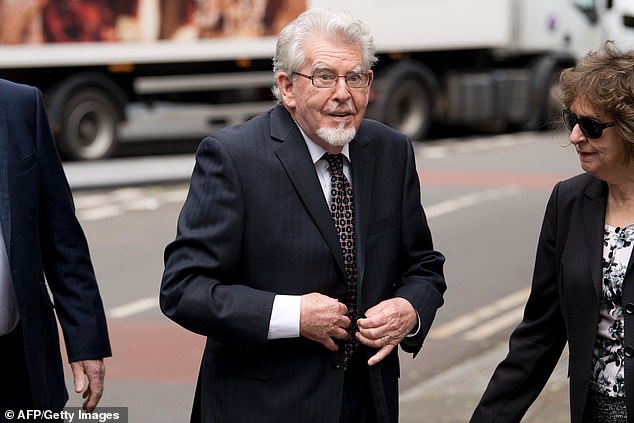 ‘He explained what he was doing – that he was getting some wood from the sculptor. I said, ‘You need to go’.’

Harris was ordered to serve five years and nine months in prison for 12 indecent assaults on teenage girls between 1968 and 1986.

Although he lives nearby it was the first time he appeared at the school, Mr Jarrett said. 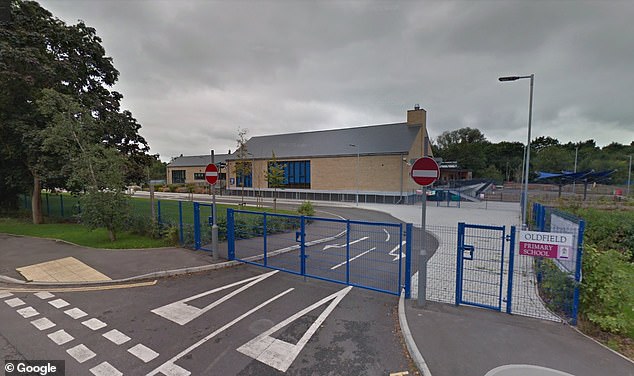 Parents and relatives of children at the school were stunned by what they saw when a person who took images shared them.

Grandad John Thirkell, 69, told the Daily Mirror: ‘Why would he want to be waving at kids? He’s already given himself a terrible name.

‘I think the head teacher did the right thing telling him to go and if he’s got any sense he won’t come back.’

He was jailed for five years and nine months, but released from HMP Stafford in May 2017 after serving less than half the sentence.

However while in prison his fortune grew thanks to his firm RHE Investments’ holdings which has amassed nearly £4million. 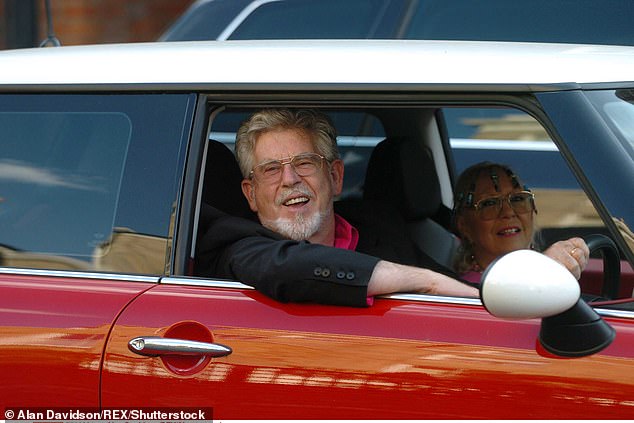 Mr Harris, 88, was jailed for five years and nine months in 2014 after being convicted of crimes against teenage girls

He and daughter Bindi stepped down as directors of the firm set up in 2012 but his wife of 60 years, Alwen, remains the secretary.

Bindi Nicholls, 54, has revealed plans to pen a tell-all book about life with her father after sticking with him throughout his prison term and trial.

In documents obtained by the Daily Star Sunday, Bindi defends her father’s behaviour and argues he is simply from a different era.

The Ministry of Justice said: ‘When sex offenders are released they are subject to strict licence conditions and are liable to be returned to custody for breaching them. We are looking into these reports and will take appropriate action.’