Cop bashed at Bayside Shopping Centre in Frankston by anti-masker, 38

Woman cop, 26, has her head repeatedly slammed on the ground by an anti-masker – and the surprising reason she got BAIL for the ‘disgusting’ shopping centre attack

A Victoria Police officer had her head allegedly repeatedly bashed into concrete by a woman who refused to wear a mask in line with coronavirus rules.

The 26-year-old officer and her partner approached a woman about 5pm Monday near the Bayside shopping centre in Frankston who was not wearing a mask and the confrontation turned violent, Chief Commissioner Shane Patton said.

‘They approached a 38-year-old woman, who wasn’t wearing a mask. After a confrontation and being assaulted by that woman, those police officers went to ground and there was a scuffle,’ he told reporters on Tuesday.

‘This 38-year-old woman smashed the head of the policewoman several times into a concrete area on the ground.

Police patrol a street in Melbourne on Monday.  A Victoria Police officer had her head allegedly repeatedly bashed into concrete by a woman who refused to wear a mask

‘That’s someone who thinks they’re above the law.

‘They’re not wearing a mask, they’re approached and asked the reason why not and then to react like that is just completely over the top.’

She was also fined $200 for not wearing a mask and bailed due to no criminal history.

The police officer’s hair was allegedly ripped out and she suffered a concussion, The Age reported.

The police officer received significant head injuries and was taken to the Frankston Hospital for assessment and medical treatment. 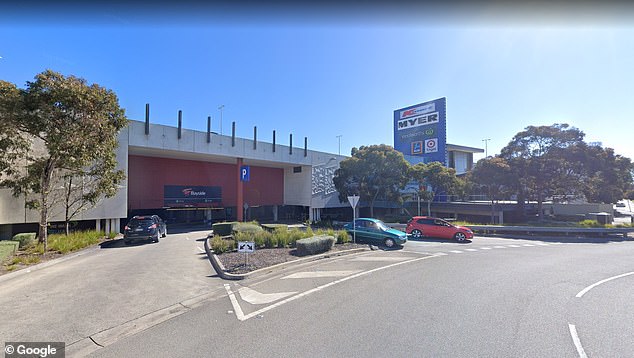 Victoria Police issued 161 fines on Monday to people flouting coronavirus restrictions, including 60 people who were not wearing masks.

Mr Patton said on at least four occasions in the past week, police had to smash car windows and pull people out because they were refusing to provide personal details in line with public health guidelines.

Other people fined on Monday include someone trying to buy a car after the 8pm curfew and another who was bored and wanted to go for a drive.