Cop caught on camera hitting biker with his cruiser ‘on purpose’

A police officer in California was captured on video Sunday afternoon cutting a biker off the road with his patrol car.

Riders who took part in the Elite Bikerz Fallen Brother Ride, in honor of Memorial Day, witnessed the unexplained incident happen on a street in Rancho Cucamonga.

As other bikers rode over to catch a closer look of the incident, one woman recording on her cell shouted at the cop: You pushed him! You pushed him down! You drug him down with your (car) and I have it on camera!’

The victim of the brutal take down was identified as Raul Martinez, 26, according to the California Highway Patrol. 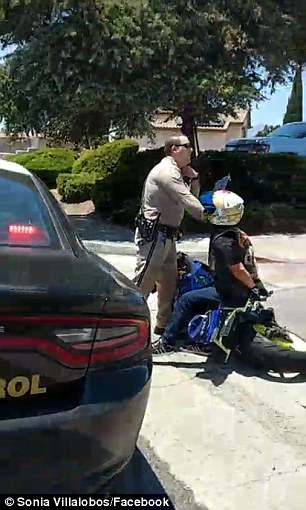 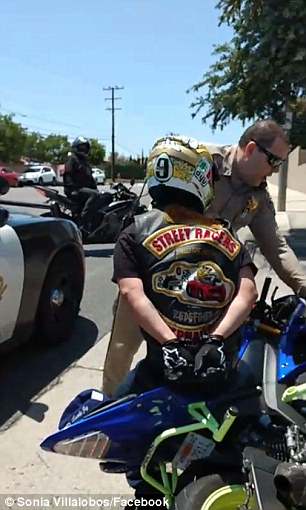 The officer placed Martinez in handcuffs afterward, as he laid face-down following the hit.

The bikers nearby continued to yell obscenities at the cop while the woman filming showed on video where Martinez was hit with the car – as a dent was seen on one side.

‘That’s where it’s all dented… where he knocked him down,’ she said in the video.

The woman went on to shout again at the officer: ‘You hit him down!’ 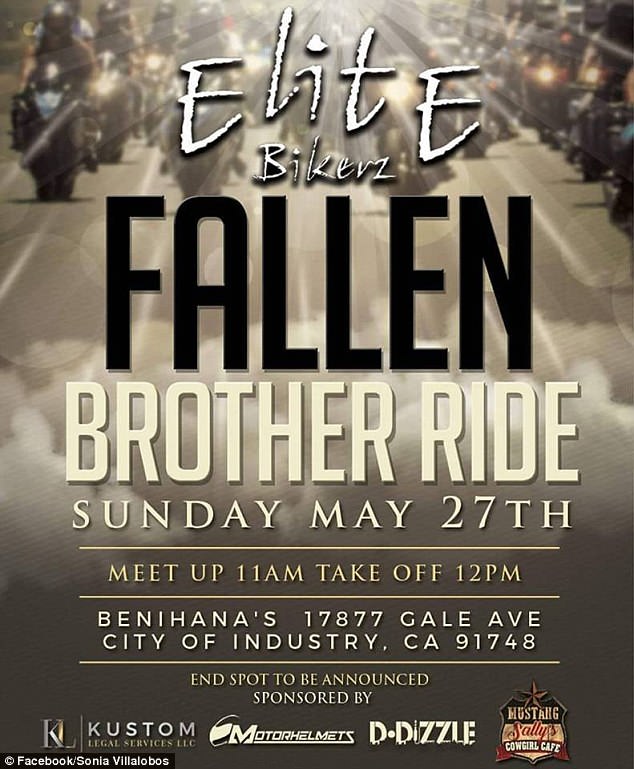 Another biker then approached the cop, but the officer pushed him away and appeared to call for backup.

The California Highway Patrol since provided their account of what happened.

The officials said the officer was attempting to pull over Martinez while driving on the eastbound 210 Freeway.

Officials said the rider attempted to pass another vehicle on the right shoulder during the pursuit. 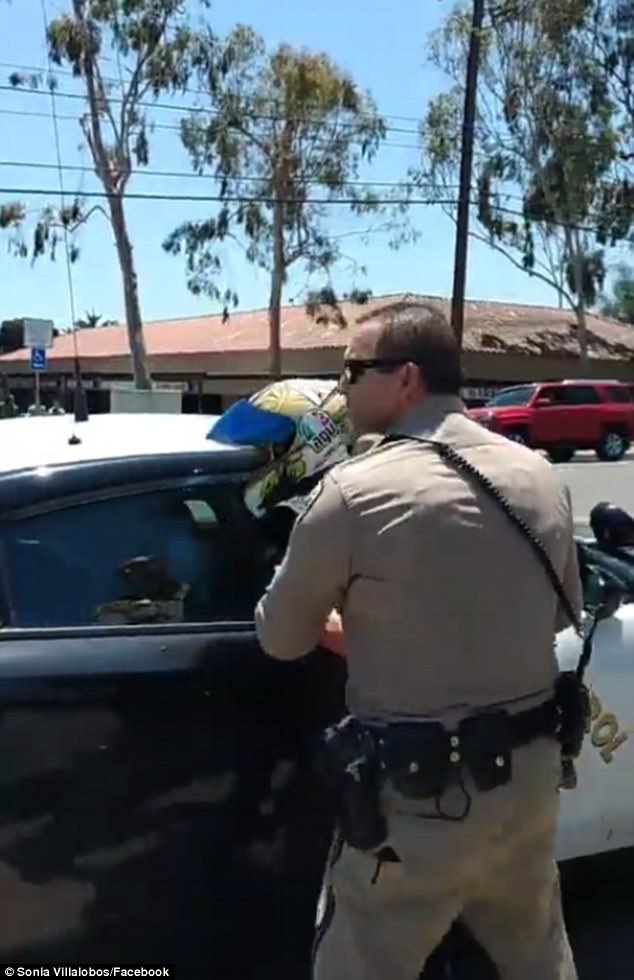 Martinez was arrested after he was cut off the rode. He suffered minor injuries 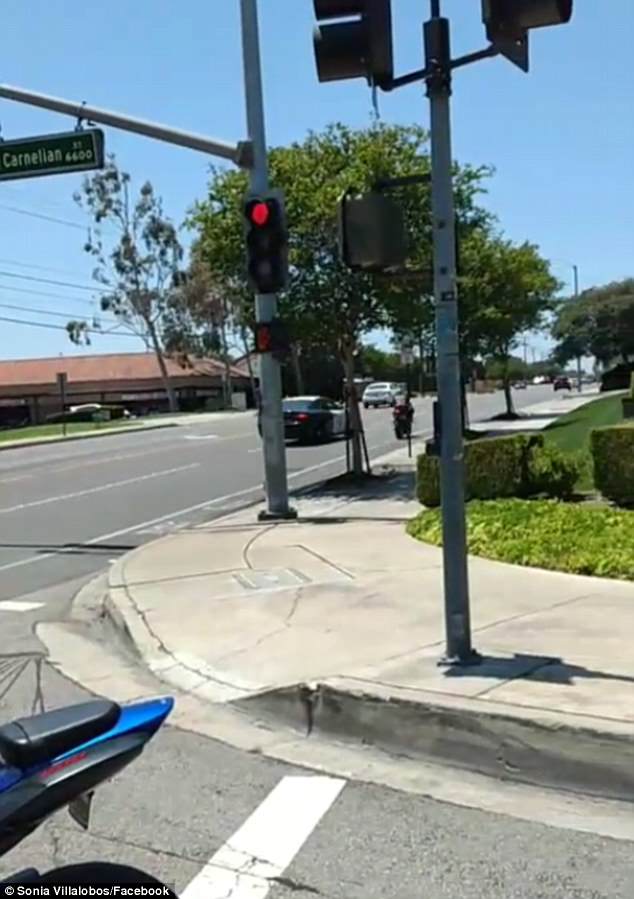 They added that Martinez had been riding at a ‘high rate of speed’ in the statement.

‘For unknown reasons, the left side of the Yamaha made contact with the right side of the patrol vehicle on 19th Street west of Carnelian Street.’

The biker was transferred to a nearby hospital, after where he suffered minor injuries.