A white police officer who fatally shot black man Alton Sterling has been fired and his partner suspended, it was announced today.

Alton Sterling, 37, was killed by police outside the Triple S Food Mart in Baton Rouge, Louisiana on July 5, 2016 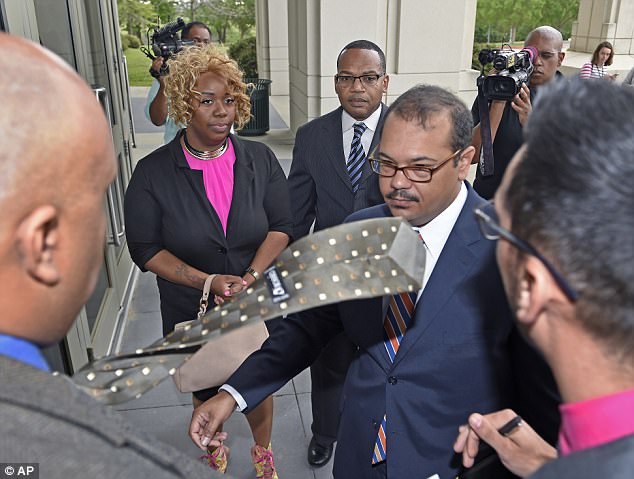 On July 5, 2016, Sterling was selling CDs outside the Triple S Food Mart.

A homeless man reportedly made the call to police that he was threatening people at around 12.30am.

They began arguing with Sterling and were filmed throwing him to the ground, bouncing him off of a car in the parking lot.

As they both straddled him, they screamed: ‘Don’t move, I swear to God!’

Salamoni then pulled out his gun and fired three shots into his body at point blank range.

As Sterling struggled on the ground, they fired another three in to his back.

It is unclear if Sterling was in a relationship at the time of his death. His five children do not all have the same mother. 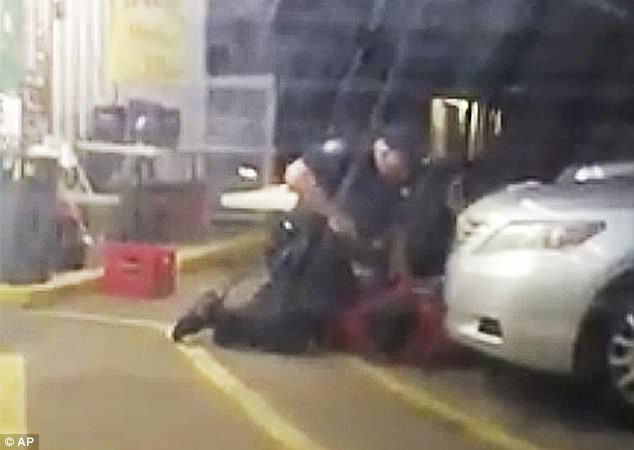 The two cops were straddling Sterling when one shot him six times at point blank range on July 5, 2016 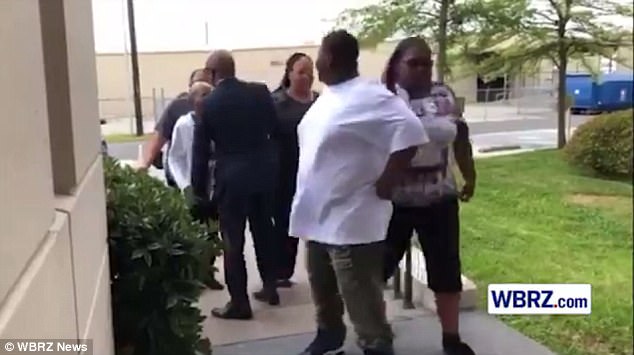 One of those women spoke of her grief last year when the Department of Justice announced it would not be pressing charges.

Sterling should not have been in possession of a gun when he died.

He was a convicted felon with a criminal history of battery, domestic violence and sexual offences.

Last year, when the Justice Department announced it would not file federal charges against him, they conceded that the videos do not show him reaching for a weapon.

They however argued that because neither cop was ‘in control’ of Sterling’s hand, they were justified in their actions. 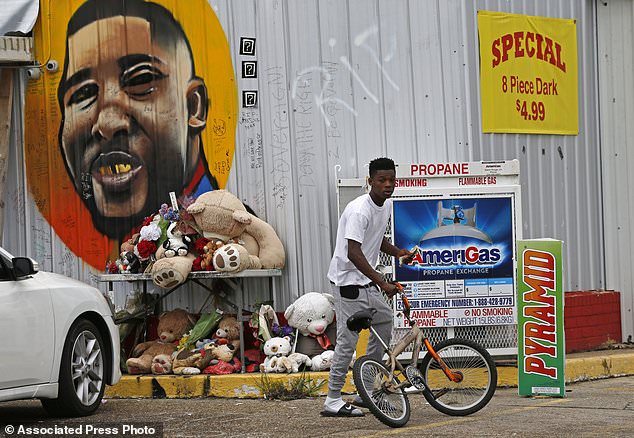 In this June 27, 2017 photo, Ronald Smith gets on his bicycle after stopping at the Triple S Food Mart, where Alton Sterling was shot by police a year earlier, in Baton Rouge, La