A tattooed ex-bikie boss nicknamed ‘Kaos’ allegedly sent a threatening text message claiming police officers would be killed before being arrested at an Airbnb property.

Brett Pechey, 34, was tracked down to a short-term rental in Belmont, east Perth, and heavily armed officers surrounded the property on Friday morning.

Police swooped on Pechey after he allegedly sent a message reading ‘coppers are going to die today’ with a picture of a shotgun.

Pechey, who is known to have had connections to the West End Bandidos gang and Brothers 4 Life, was arrested alongside his alleged associate Adam Iustini.

Police say they found a shotgun in a white Holden Commodore that Mr Iustini was driving down the road from the raided property, The West Australian reported. 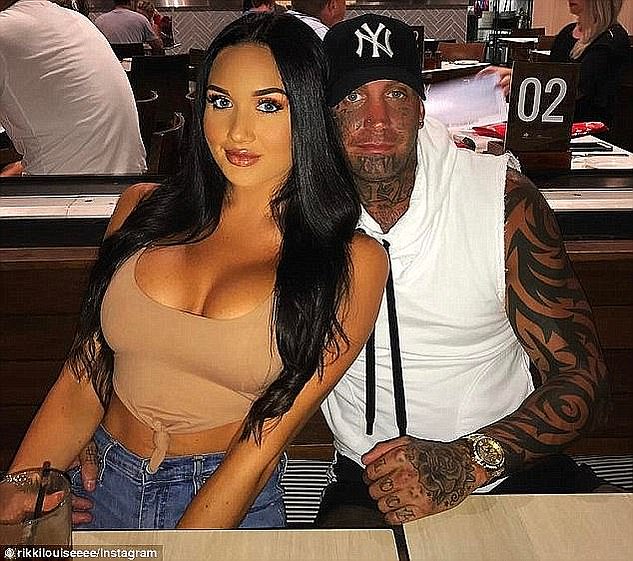 Brett Pechey (pictured, right) with ex girlfriend Rikki-Louise (left) was arrested along with another man after allegedly sending a text message threatening police 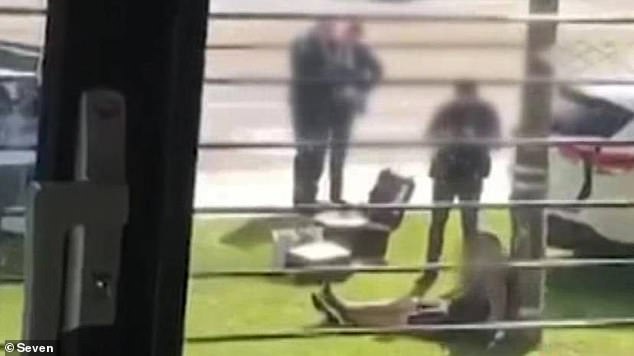 Pechey was tracked down with the help of drones and house-to-house searches before police established a road block on Frederick Street just after 11.30am.

Officers used a loud speaker to demand Pechey come out of the house and he reportedly gave himself up without a fight.

The former Bandidos boss appeared in Northbridge Magistrates Court on charges including threats to kill, aggravated possession of a weapon and breaching a police order.

Neither Pechey or Iustini applied for bail on Saturday and are both set to face court again in the coming days.

Pechey, who also called himself ‘Infamous’ before ‘Kaos’, has been laying low in Perth since a warrant was issued for his arrest by Queensland Police in December 2018. 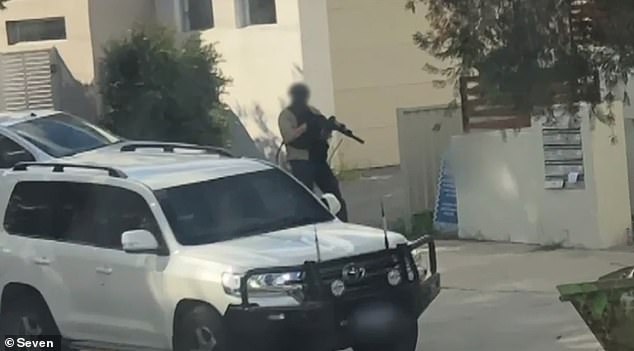 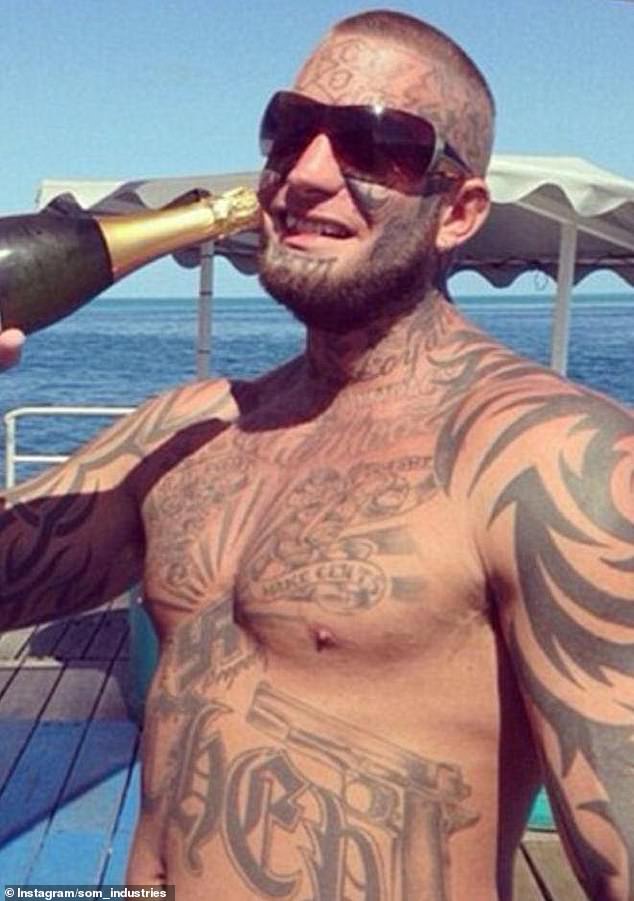 Th ex-bikie boss failed to show up to Southport Magistrate’s Court on charges including serious assault of a police officer and committing a public nuisance.

His unresolved charges stem from an alleged three-hour stand-off with more than 26 police officers at a Gold Coast home in March 2018.

A Queensland Police spokesperson told Daily Mail Australia that Pechey has outstanding charges in Queensland but police are not seeking his extradition.

Pechey also fled to Thailand in 2013 after a Broadbeach Bandidos bikie brawl.

He hid in Bangkok and Phuket for over a year before negotiating his return to Australia with police and once dated colon hydrotherapist Rikki Louise Jones. 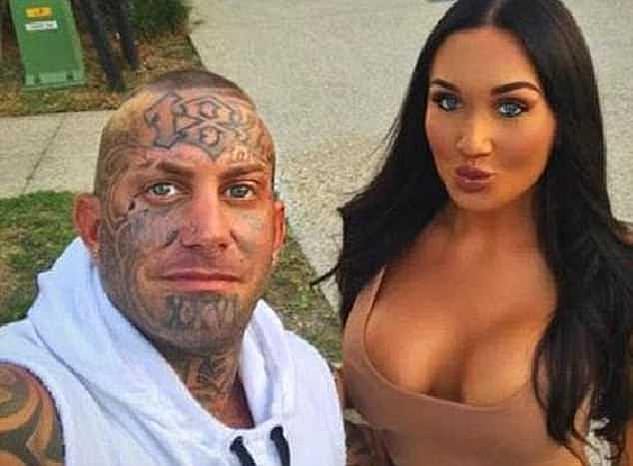 Pechey (pictured, left, with his former girlfriend Rikki-Louise) is thought to have connections to the West End Bandidos Gang and the Brothers 4 Life