Cops raid hospital room of terminally-ill Kansas man, 69, with just weeks left to live to seize THC paste and weed vape he uses to ease cancer pain – then order him to appear in court even though he can’t move

A terminally-ill Kansas man’s hospital room was raided by cops because he used a weed vape and THC paste to ease the symptoms of the cancer that will kill him within weeks.

Greg Bretz, 69, was targeted by police in Hays Medical Center on December 23. He was after officers found marijuana products within his room, and ordered to appear in court on January 2 – despite being so sick he cannot get out of bed or even move.

Kansas is one of only three US states where medical marijuana is still illegal. Bretz told the Kansas City Star his doctor had told him to use whatever was necessary to relieve his pain, including products containing THC – the active ingredient in cannabis.

But another member of staff is believed to have snitched on Bretz and sparked the subsequent raid.

On December 16, cops in Kansas raided the hospital room of 69-year-old Greg Bretz, who is suffering from terminal cancer, after a hospital worker caught him vaping marijuana 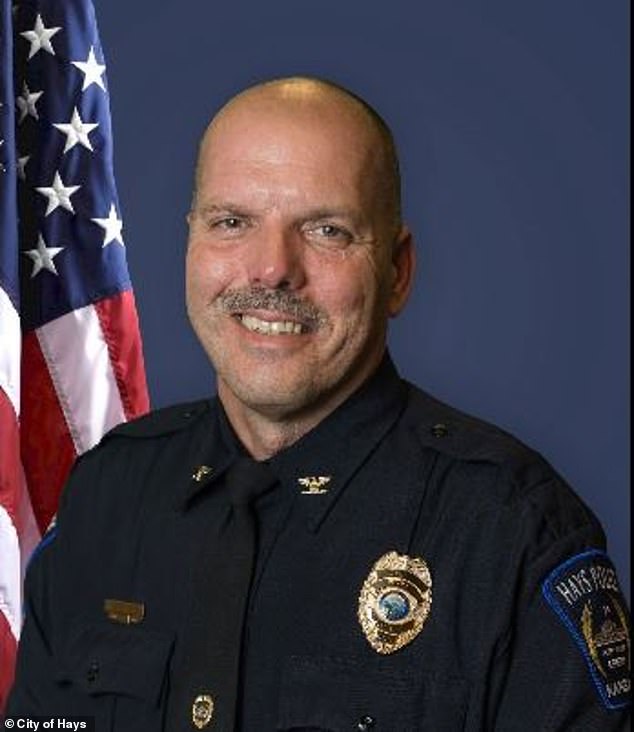 Medicinal cannabis is illegal Kansas, despite 68 percent of state residents support state-sanctioned medical marijuana access, according to the National Organization for the Reform of Marijauana Laws (NORML). Idaho and Nebraska also ban the practice.

Bretz is in the final stages of terminal, inoperable cancer and told The Wichita Eagle that he most often lies ‘flat on his back’ in his hospital bed and can’t stand up without being assisted.

He’s been vaping, as well as eating THC paste with bread, to relieve symptoms of his condition since being hospitalized roughly three weeks ago.

The 69-year-old claims a doctor told him to choose whichever relievers he wants to make him feel better, as there is nothing that can be medically done to cure him or slow down the cancer.

Eventually, a hospital worker caught him using the vape and told on him. Police officers were then dispatched and three of them came to his room.

That’s when cops told Bretz that his vaping device could potentially be a fire hazard, due to the presence of oxygen in the room.

In many vaping devices, puffing activates the battery-powered heating device, which vaporizes the liquid in the cartridge or reservoir for inhalation. 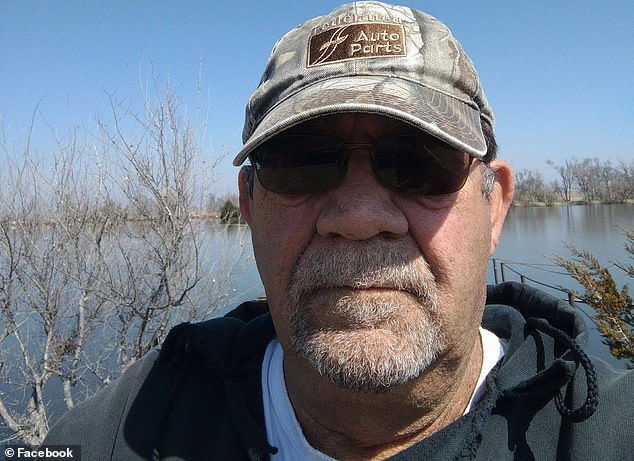 Over the last year, there have been defects, which have resulted in some patients burning themselves after inhaling nicotine while breathing through a nasal tube.

However, Bretz clarified that he’s not in need for supplemental oxygen, meaning there’s no risk of an oxygen tank fire.

He added that the three cops were insistent on taking away his THC paste, and that he argued against the move, due to his vaping liquid barely containing any trace of THC, if any at all.

Bretz will also attempt to contact the prosecutor and see if his court appearance can be pushed back.

Medicinal marijuana is legal in 47 other states and the District of Columbia.

There are now 21 states that have authorized the recreational and medical use of cannabis, including Missouri and Maryland, after legislation passed over midterm elections.

But they also believe the legislation will be designed to make the drug too expensive or complicated to obtain, with anti-cannabis politicians accused of still seeing anyone who uses the drug as a hippy-reefer type.