Even his critics in the party will credit him for the surprise surge to 12 million votes and wins in seats as unlikely as Kensington.

But there’s a nagging reality.

Labour’s John Denham, pictured, claims Jeremy Corbyn needs to focus on the party’s traditional support base if he wants to defeat the Tories at the next election 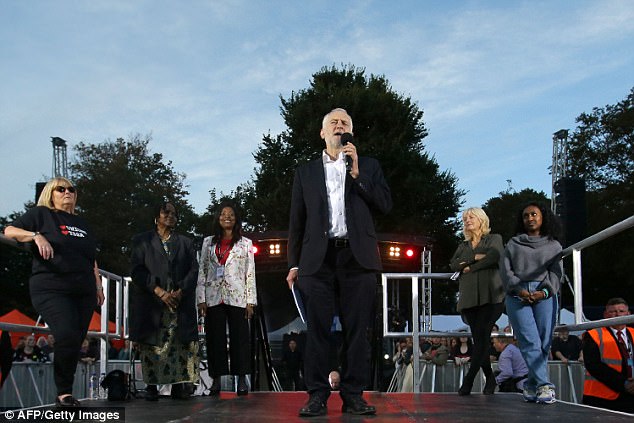 As Labour has nurtured new, younger, more middle-class and university-educated voters, the party is struggling among people who were once the core of its support. Without these lost voters, it’s hard to see how Corbyn can actually win. They live in every part of the country, but are a particularly big part of the English towns where the next Election will be decided.

They are mainly older; they’ve worked hard without the aid of a university degree; they probably voted Leave. They are patriotic; and they’re more likely to say they are ‘English’ than ‘British’.

In my work as a political analyst, I have tracked the emerging links between national identity and the way we vote.

In Blair’s second landslide in 2001, there was little difference between the votes of people who identified as English, equally English and British, or British. By 2015, Labour came third among the English, behind Ukip and the Conservatives.

In 2016, it was ‘English’ rather than ‘British’ voters who took us out of the EU. Ukip collapsed in 2017 and Labour recovered a bit. But Corbyn would probably be Prime Minister now if he had polled as well among ‘the English’ as ‘the British’. 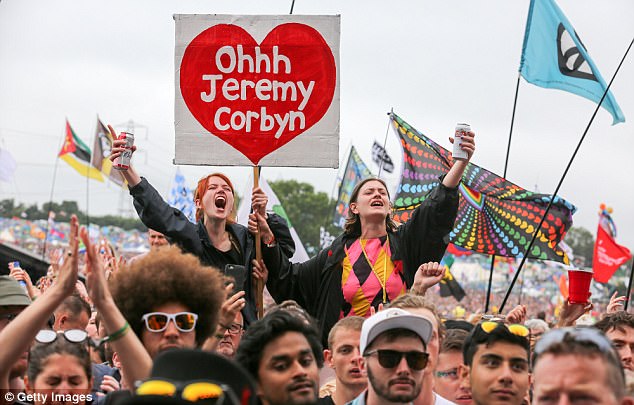 Labour brexiteers fear the support from young remainers, pictured, will lead to electoral disaster as this will force away the party’s traditional support base

Labour’s problem isn’t necessarily over policy. Many English voters would love to see more spent on the NHS and think they are ripped off by privatised utilities. But many wonder if Labour’s leaders understand their lives and what they have been through. In just over a generation, the big factories that gave good jobs, status, and solidarity have gone. Rightly or wrongly, rapid migration is easily blamed for undermining community and the growth of poorly paid insecure jobs.

London and a few other cities are booming, but who stands for the nearby towns that live in a different world?

Corbyn promised that free movement would end when we left the EU but the party he leads often seems determined to send signals more designed to appeal to metropolitan voters than those Labour needs to win.

Being English is a way of saying, ‘we are here; we matter’. In a world where everyone – bankers and businesses, universities and big cities, the Welsh and the Scots – all seem to have power and influence, the English want a voice too. Brexit was a demand to be heard; that’s why some Northern Labour MPs were worried about opposing the Brexit Bill.

To be fair, Corbyn is not the first Labour leader seen as middle-class, London-centric and from a different world. Feeling English is as legitimate as any other identity but the cultural gap between the metro-liberals and the rest of England is wider than ever before, as the disdain of some party members for the St George flag makes clear.

The launch of a progressive patriotic English Labour Network at the party conference in Brighton this week aims to build bridges across that gap and stop Labour losing touch for ever with its ‘English’ heartlands.