Corbyn wanted ‘unrestricted immigration’ and believed anyone who disagreed was racist, book reveals

Jeremy Corbyn wanted ‘unrestricted immigration’ when he first arrived as a new MP at Westminster in 1983 and believed anyone who disagreed with him was racist, book reveals

Dressed in a dirty jacket and creased trousers, Jeremy Corbyn arrived in Westminster as a new MP in the summer of 1983.

He immediately told friends that Parliament was ‘a waste of time’ with no relevance to his Islington constituents, especially the immigrant communities.

To meet them, he set up offices in the Red Rose Centre in Holloway where his door was always open to a tide of human misery: Cypriots, Jamaicans, Indians, Pakistanis, South Africans, South Americans, Somalis, West Saharans and Kurds all sought his help.

Diane Abbott, Jeremy Corbyn and Bernie Grant in the House of Commons

The procession of petitioners reinforced his conviction that Britain should allow unrestricted immigration – and offer the world’s destitute an open invitation to share our wealth.

In his opinion, all immigrant communities were victims of white imperialists, and the British state owed them a financial obligation. Anyone who disagreed was racist.

Four years later Corbyn was back in Westminster for another first day of the new Parliament. 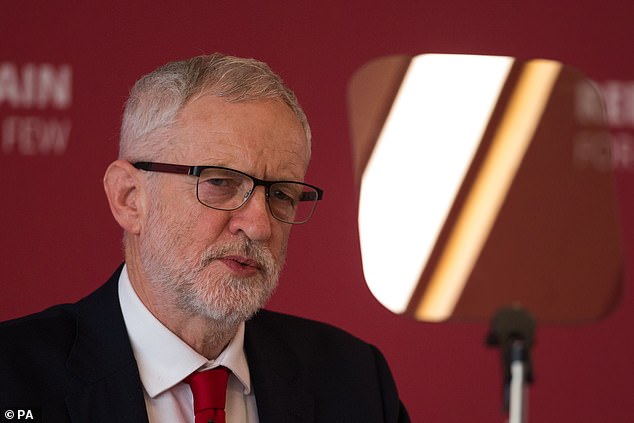 In his opinion, all immigrant communities were victims of white imperialists, and the British state owed them a financial obligation

To celebrate a new era, Britain’s first three black MPs – all Labour – marched into the Commons chamber together.

Paul Boateng, Diane Abbott and Bernie Grant, together with the Asian Keith Vaz, each dressed in their parents’ national costumes, created an unprecedented spectacle as they walked towards the Speaker to take the oath.

Acting as part-supplicant and part-valet, Corbyn walked immediately behind, pleased to have a place as the honorary white man for the black caucus.

‘Look at Jeremy,’ said Brian Wilson, a new Scottish MP, to George Galloway, who had also been newly elected. ‘He would black up if he could.’