Jeremy Corbyn and his allies have seen off a bid to bind Labour tightly to a second Brexit referendum after a heated battle today.

The party will campaign in May’s Euro elections on a platform of only seeking a new vote if it cannot enact its own Brexit plan or force changes to Theresa May’s own strategy, in a blow to deputy leader Tom Watson.

Remainer Mr Watson had been seeking to make a new referendum a key part of the party’s election manifesto, but lost a vote of its National Executive Committee today.

A party source said:  ‘The NEC agreed the manifesto which will be fully in line with Labour’s existing policy; to support Labour’s alternative plan, and if we can’t get the necessary changes to the government’s deal, or a General Election, to back the option of a public vote.’

Mr Watson had earlier walked out of shadow cabinet today in a challenge over his leader’s stance on a second referendum.

The West Bromwich East MP left in a row over access to a hard copy of the manifesto and Mr Corbyn’s senior MPs were reportedly only allowed to see it on a TV screen.

Mr Watson, who has urged People’s Vote supporters to contact member of Labour’s ruling NEC committee, has denied claims he stormed out but admitted it was a ‘polite’ protest.

He said: ‘There was no rancour at all. Everyone was calm. I politely asked if the shadow cabinet were going to see the draft words and was told ‘no’. So I left to walk to the NEC where the document will be available and the decision will be made’.

Mr Watson, who has urged People’s Vote supporters to contact member of Labour’s ruling NEC committee, has denied claims he stormed out but admitted it was a ‘polite’ protest

The party’s ruling body is meeting to finalise its manifesto for next month’s European elections.

Ahead of Tuesday’s meeting of the National Executive Committee, large numbers of Labour MPs and candidates and leaders of major unions called for the party to back a referendum on any Brexit deal.

But senior figures within the party are resisting such a move, insisting Labour should stick to promising a public vote only to avoid a ‘damaging Tory Brexit’ or crashing out without a deal.

The meeting came amid increasingly positive mood music surrounding cross-party Brexit talks with Labour, with the Government understood to be hoping a conclusion may be reached towards the middle of next week.

And Theresa May’s official spokesman said: ‘Further talks will now be scheduled in order to bring the process toward a conclusion.

‘Cabinet also discussed the need to secure safe passage of the Withdrawal Agreement Bill as soon as possible in order to deliver upon the result of the referendum.’ 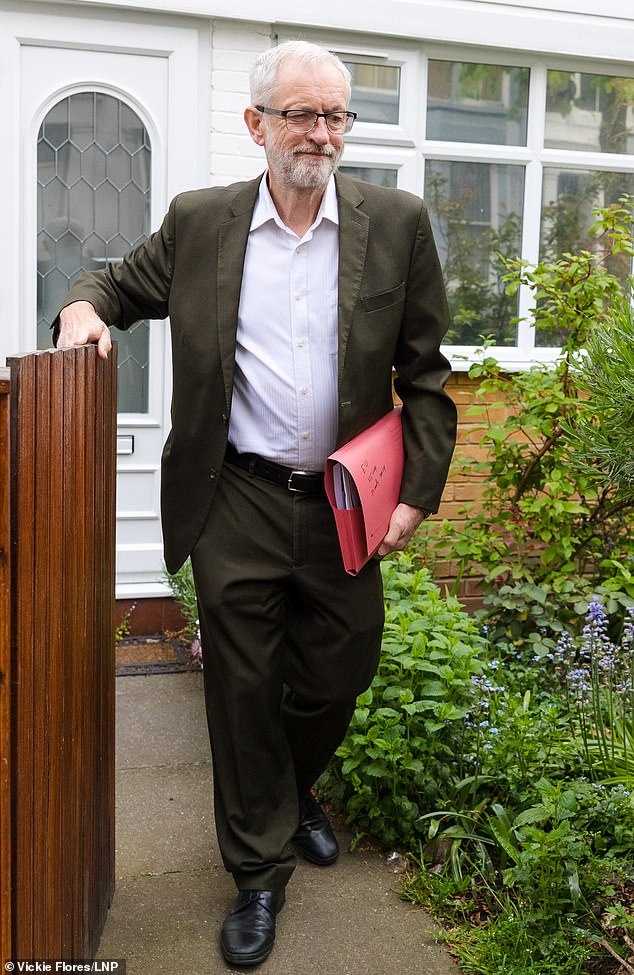 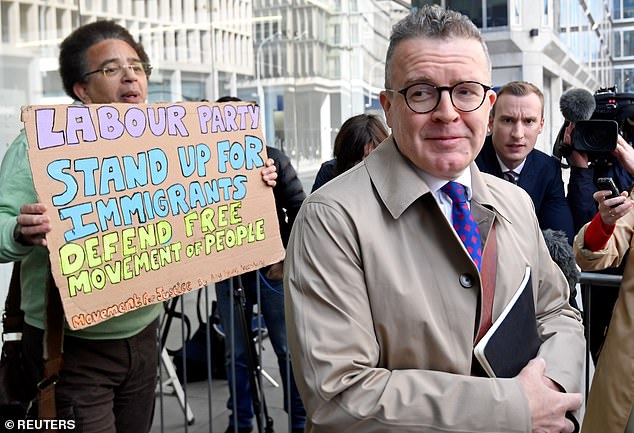 Mrs May has set out two possible outcomes from the cross-party talks – a compromise deal to get the Withdrawal Agreement through Parliament or a series of indicative votes in the Commons backed by both major parties.

It remains unclear whether the parties will be able to bridge the gap between them on issues like a future customs union in the coming days, but any resolution next week would almost certainly come too late to prevent European elections going ahead.

Foreign Secretary Jeremy Hunt said questions remained as to whether Labour was ‘serious about delivering Brexit’.

Arriving for the NEC meeting at Labour HQ in London, figures on both sides of the argument played down expectations of fireworks.