Jeremy Corbyn has long campaigned for the possession of marijuana for recreational use to be decriminalised.

Now his youngest son is hoping to cash in on cannabis culture.

Tommy Corbyn will open a hemp shop and cafe next month where almost every product will be made from a strain of cannabis.

The 26-year-old and his girlfriend Chloe Kerslake-Smith, 24, will run the business in the Labour leader’s Islington North constituency in London.

The couple, who are pushing for legalisation of cannabis, claim the drug is ‘part of the solution’ to post-Brexit trade issues.

Their store will be called the National Hemp Service – which they describe as an alternative to the NHS – while the cafe will be known as Hemp Cafe.

It comes just five months after Mr Corbyn junior was photograph smoking what appeared to be a cannabis joint at a cafe in Notting Hill, West London.

Tommy Corbyn, 26, and his girlfriend Chloe Kerslake-Smith, 24, will run the business selling products made from cannabis, called the National Hemp Service, in Jeremy Corbyn’s constituency

Photos showed him grinding some green leaves before tipping them into rolling paper. He then sealed it, lit up and puffed away.

A friend of Mr Corbyn junior claimed that what he was smoking was legal under UK law.

The products sold at his business will contain hemp, a strain of cannabis that is legal to grow in the UK with a Home Office licence under certain conditions.

Crucially, it must contain low levels of THC, the psychoactive chemical in cannabis that causes the high.

It is illegal to sell cannabis products containing significant amounts of THC in the UK.

Supply of the Class B drug carries a maximum 14-year jail sentence. 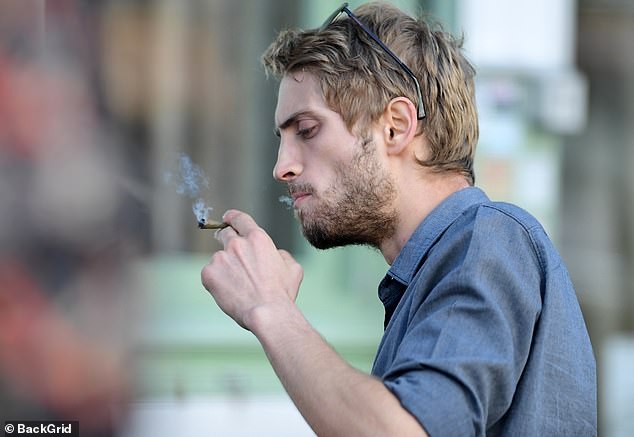 It comes just five months after he was photographed smoking what appeared to be a cannabis joint at a cafe in Notting Hill, West London

Hemp seed oil, gourmet hemp marshmallows and hemp clothing are among the products that will be sold at the cafe and shop.

In an interview with his local newspaper, Mr Corbyn junior said: ‘Cannabis has been demonised for a long time.

We want to help push legalisation forward – it’s the answer to a lot of our health and sustainability issues.

‘Hemp offers a huge amount of solutions to the problems of today, in terms of agriculture, environment, even economically – if we all start growing hemp, it would help.

‘Especially in the Brexit environment, when we are not going to be able to export much to the EU, hemp is part of the solution.’

The Labour leader’s son said his venture would not be a ‘dingy smoking den’, adding: ‘It’s going to be a whole experience. We want people to come in and go away having learnt about the plant.’ 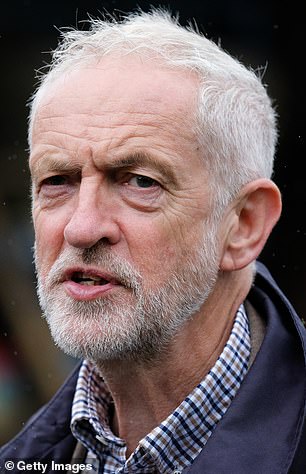 Miss Kerslake-Smith said: ‘The National Hemp Service is like an alternative National Health Service. We’ll be selling a variety of hemp-derived products.

‘Everything will have undergone lab tests to ensure it meets the UK market standards for their cannabinoid profiles and potency.’

Jeremy Corbyn, who is understood to support his son’s venture, argued last month that it was wrong for young people to have criminal records after being caught with cannabis.

‘Criminalising people for possession of small amounts of cannabis is not particularly a good idea and does lead to great difficulties, particularly for younger people in communities like mine, so I do think the debate is moving on,’ the Labour leader said.

Campaigners have warned against blanket decriminalisation of the drug, which is linked to mental illness, organised crime, violence and road deaths.

Medicinal cannabis was legalised in Britain in November but the Government has repeatedly said it has no intention of doing the same with street marijuana.